Advertisement
Home / Entertainment / From Akshay Kumar to Hrithik Roshan, stars hit it in big in 2019

From Akshay Kumar to Hrithik Roshan, stars hit it in big in 2019

Who are the other winners of 2019? Ayushmann Khurrana and Kartik Aaryan were loved by the audience 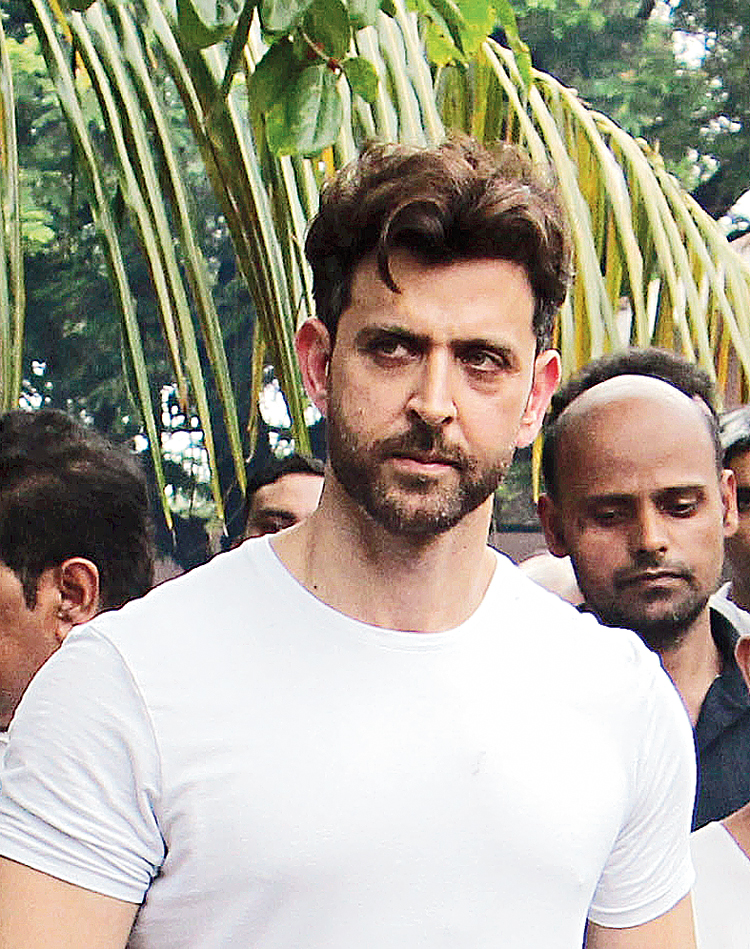 Bollywood through the decade

So 2019 ends with a whopper from Senior AK, Akshay Kumar. The 52-year-old has hit a four-goal score with the resounding entertainer, Good Newwz, which makes him the oldest most successful star of the year. It is a triumph of choices as he went belligerently patriotic in the May release, Kesari (where he partnered Dharma Productions as producer too), followed it up with a well-made Independence Day release, chivalrously letting Vidya Balan take the lead in Mission Mangal, then a horrendous double-role-double-lifetime “comedy” called Housefull 4 in October which made piles of money (there’s really no accounting for taste). Akshay ’s fourth consecutive win is the year’s last release, Good Newwz (no accounting for numerological obsessions either) in which he plays a husband who’s been trying hard to be a daddy for six years but needs to head to the fertility clinic with his wife for medical intervention.

It had a vague resemblance in some part to Shoojit Sircar’s 2012 release Vicky Donor, which introduced us to another AK, let’s call him the junior AK, who has also triumphed with his choices. Five years and a few setbacks later, when Ayushmann Khurrana began his golden run with Bareilly Ki Barfi and Shubh Mangal Saavdhaan (both in 2017), his penchant for the quirky, coupled with an uncanny script sense, began to reap dividends. Just picking up a different role isn’t enough, it has to work as a film. And that’s where this 35-year-old has shown his spunk — seven hits in a row, spanning three years, is not a fluke. Bareilly…, Shubh Mangal..., Badhaai Ho and Andhadhun in 2018, topped with Article 15 (the serious cops-and-Dalits story) in June this year, Dream Girl (September) and Bala (November) made Ayushmann seem almost invincible. There were quite a few “receding hairline” narrations going on when he picked the only one that had box-office magic written all over it. And voila, Ayushmann scored again.

So two AKs did pretty well all year. Which is not to conclude that all AKs had a great run. Ek Ladki Ko Dekha To Aisa Laga (February), in which Anil Kapoor teamed with daughter, Sonam, was out before anyone could take a dekko. His November outing , Pagalpanti, purportedly a comedy, raised no laughs. It wasn’t a satisfying year for anybody in this AK’s family as Sonam’s The Zoya Factor went unnoticed and nephew Arjun Kapoor, another AK, turned in two turnips: India’s Most Wanted (May) and a lavishly budgeted Panipat on December 6.

But the same day in December saw fortunes swing upwards for a KA — young Kartik Aaryan. After a lucky hit in Lukka Chhupi (May), he came up trumps with the reboot of the 1978 B.R. Films’ hit, Pati Patni Aur Woh, establishing his credentials as an acceptable romcom hero.

Pati Patni… also vindicated Ananya Panday, Chunky’s 21-year-old. When she was featured here as a sensible, hardworking celebrity kid exactly six months ago, on June 30, the backlash had been vicious. Her Student Of The Year 2 in May had not gone down well with the audience but her playing the other woman in Pati Patni… fetched her a thumbs up.

Who are the other winners of 2019? Hrithik Roshan for sure who went from one end of the spectrum with a down-to-earth Super 30 to the other end with a high gloss, handsome hunk in War. Both films figure in the top 10 grossers of the year, which works out well for War co-hero Tiger Shroff too.

Ranveer Singh-Alia Bhatt-Zoya Akhtar’s Gully Boy went to the Oscars and will take home trophies from all other awards functions at home too.

And Vicky Kaushal’s Uri made “How’s the josh” the most repeated line of the year.