Tech executives and engineers are quitting Google, Meta, Amazon and other large companies for what they say is a once-in-generation opportunity 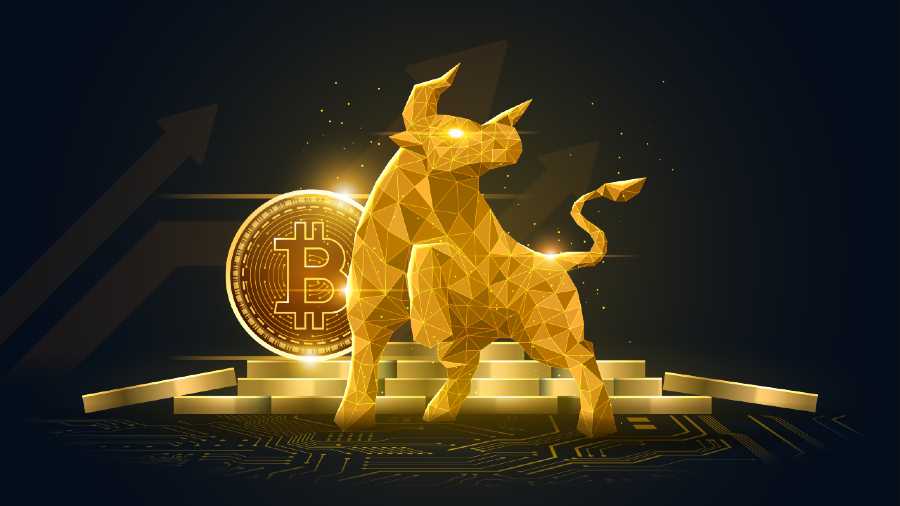 The momentum that is being seen in the crypto space is just incredible.
Shutterstock
Daisuke Wakabayashi, Mike Isaac   |   Published 18.01.22, 12:32 AM

When Sandy Carter left her job as a vice-president of Amazon’s cloud computing unit, she announced in a LinkedIn post that she was joining a crypto technology company. She included a link for open positions at the start-up.

Within two days, she said, more than 350 people — many from the biggest Internet companies — had clicked the link to apply at the firm, Unstoppable Domains. The start-up sells website addresses that sit on the blockchain, the distributed ledger system that underpins cryptocurrencies.

“It’s the perfect storm,” Carter said. “The momentum we’re seeing in this space is just incredible.”

Carter is part of a wave of executives and engineers leaving cushy jobs at Google, Amazon, Apple and other large tech companies — some of which pay millions of dollars in annual compensation — to chase what they see as a once-in-a-generation opportunity. That next big thing is crypto, they said, a catchall designation that includes digital currencies like bitcoin and products like non-fungible tokens, or NFTs, which rely on the blockchain.

Silicon Valley is now awash with stories of people riding seemingly ridiculous crypto investments like Dogecoin, a digital coin based on a dog meme, to life-changing wealth. Bitcoin has soared around 60 per cent this year, while Ether, the cryptocurrency tied to the Ethereum blockchain, has increased more than fivefold in value.

But beyond that speculative mania, a growing contingent of the tech industry’s best and brightest sees a transformational moment that comes along once every few decades and rewards those who spot the seismic shift before the rest of the world. With crypto, they see historical parallels to how the personal computer and the Internet were once ridiculed, only to upend the status quo and mint a new generation of billionaires.

Investors, too, have flooded in. They have poured more than $28 billion into global crypto and blockchain start-ups this year, four times the total in 2020, according to PitchBook, a firm that tracks private investments. More than $3 billion has gone into NFT companies alone.

“There is a giant sucking sound coming from crypto,” said Sridhar Ramaswamy, CEO, search engine start-up Neeva and a former Google executive, who competes with crypto companies for talent. “It feels a bit like the 1990s and the birth of the Internet all over again. It’s that early, that chaotic and that much full of opportunity.”

Crypto, which has also been rebranded as the less foreboding web3, may be no different from past speculative bubbles like subprime mortgages or the tulip craze of the 17th century, sceptics said. Much of the mania, they said, was being driven by a desire to get rich quick by trading an asset class that often seemed based on Internet jokes.

But the growing ranks of true believers said crypto can change the world by creating a more decentralised Internet that is not controlled by a handful of companies. While such possibilities have existed since Bitcoin emerged in 2009, crypto products such as NFTs only broke through to the mainstream this year. That has accelerated the exodus from Big Tech companies into the crypto world.

Brian Roberts, chief financial officer of Lyft, left the ride-hailing company to join OpenSea, a popular crypto start-up. “I’ve seen enough cycles and paradigm shifts to be cognizant when something this big is just emerging,” he said in an email. “We are Day One in terms of NFTs and their impact.”

Crypto’s allure has been so irresistible that some of the biggest tech companies are scrambling to retain employees. At Google, concerns about keeping employees — including not losing them to crypto companies — grew so pressing that the issue became part of the executive agenda discussed every Monday by Sundar Pichai, the company’s CEO, and his top deputies, two people with knowledge of the discussions said.

Google also started offering additional stock grants to employees in parts of the company that seemed ripe for poaching, these people said. Google declined to comment.

Unlike Meta, which has embraced crypto, Google has been reluctant to jump into the movement. But Google employees saw crypto’s opportunities firsthand when Surojit Chatterjee, a vice-president, left the company last year to become the chief product officer of Coinbase, one of the largest cryptocurrency exchanges.

When Coinbase went public in April, Chatterjee’s stake in the company soared to more than $600 million in value. He had worked there for just 14 months.

Such vast amounts of crypto wealth have created a fear of missing out, or Fomo, among many techies — especially those whose friends bought Bitcoin several years ago and now are hugely wealthy.

“Back in 2017 or so, people were mostly in it for the investment opportunity,” said Evan Cheng, co-founder and CEO of Mysten Labs, a start-up focused on building blockchain infrastructure projects. “Now it’s people actually wanting to build stuff.”