Amazon fire: Jair Bolsonaro refuses to understand the gravity of the situation 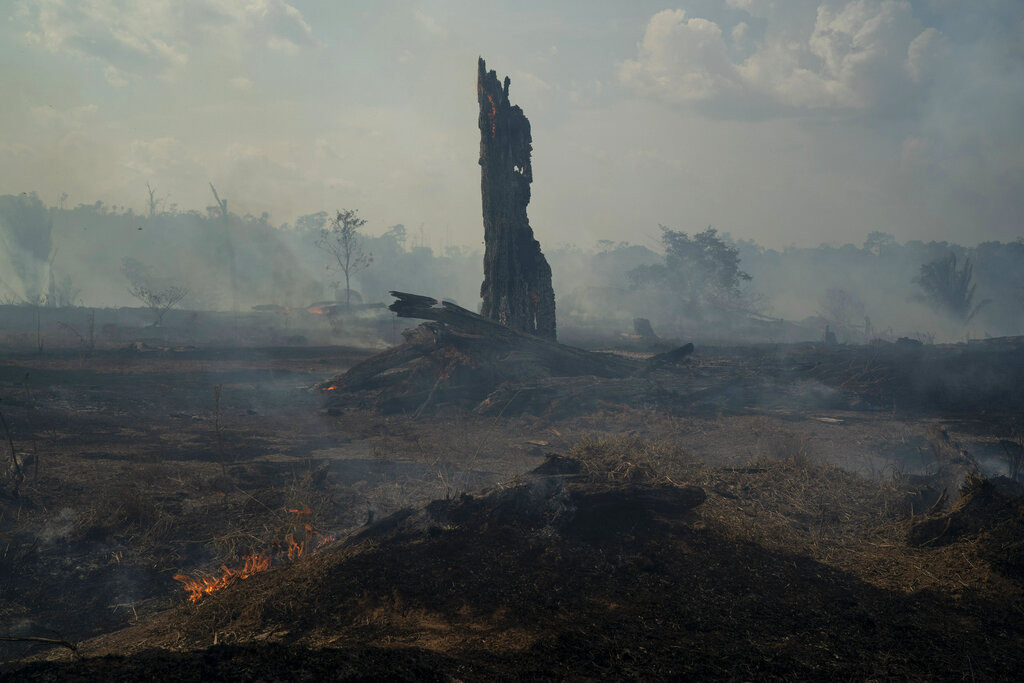 Sir — It is most unfortunate that the far-right president of Brazil, Jair Bolsonaro, refuses to understand the gravity of the situation involving the Amazon forest fires. After the French president, Emmanuel Macron, took to Twitter to urge countries around the world to respond to the crisis, Bolsonaro retaliated by asking him to stay out of Brazil’s “internal matter”. Ironically, satellite images had, for quite a while, been showing evidence of large-scale deforestation in the Amazon rainforest, but when the head of the space agency pointed this out, he was sacked by Bolsonaro. The latter even blamed non-governmental organizations for the forest blaze — although he eventually had to admit that farmers could be starting the fires — and said that Brazil does not have the resources to contain the situation.

This blatant disregard for the environment and the unwillingness to view its preservation as crucial are traits that are common to pro-right leaderships all around the world. A bulk of the Amazon rainforest might be situated in Brazil, but it is known as the ‘lungs of the world’. As such, the entire population of the world stands to be affected by its destruction. All nations should volunteer their resources to put out the raging fires. The fate of the Amazon must not be left in the hands of someone like Bolsonaro.

Sir — The Amazon forest fires continue unabated, which means that the scale of destruction is growing by the day. This should be treated like the emergency it is, given that the rainforest produces around 20 per cent of the world’s oxygen.

Who is responsible for the forest fire? Amazonian tribal populations have accused the government of deliberately allowing the fire to be started. Brazilian politics is known to be murky. It has been alleged that the government has allowed the interests of corporations — which want to turn vast swathes of the rainforest into land for cultivation — to take precedence. The United Nations must treat the Amazon fires as its topmost priority and take immediate measures to have it put out.

Sir — It is appalling to witness the unwillingness of the Brazilian government to protect a natural resource like the Amazon rainforest. Global politics is increasingly being dominated by climate change sceptics, some of whom even propose to buy autonomous territories in order to exploit their natural resources. In such a situation, it is heartening that nations like France and Germany are vocally protesting against the Amazon crisis.

Back on the table

Sir — Bengali food is known for items cooked with posto or poppy seeds — aloo posto, jhinge posto, postor bora and so on. However, the price of posto has gone beyond Rs 1,000 for a kilogramme. As a result, most families can now ill-afford to make posto-infused delicacies. It is, therefore, heartening that the chief minister, Mamata Banerjee, has asked the chief secretary to secure permission from the Centre to cultivate posto in Bengal, as is done in some states under strict surveillance (“CM wants nod for poppy cultivation”, Aug 27). One hopes Bengal gets the required permission, so that ordinary people in the state can buy posto at a reasonable price.

Sir — It was distressing to read about the swarms of flies plaguing the people of Karachi. Flies can spread dangerous diseases. The situation in Karachi will sound familiar to residents of Indian cities — we are no strangers to overflowing drains and sewers in the aftermath of heavy rains.

The pathetic conditions of urban sewage systems seem to be a common factor on both sides of the border. In Karachi, however, the fly infestation has taken on mammoth proportions — even a fumigation drive did not work. The city’s municipal body must devise swift and drastic measures to contain the problem if disease outbreaks are to be stopped.