Advertisement
Home / Entertainment / Coke Studio Bangla’s Ekla Cholo is the newest rendition of the Tagore song; hear the others

Coke Studio Bangla’s Ekla Cholo is the newest rendition of the Tagore song; hear the others

From Amitabh Bachchan in Kahaani to EPR’s rap, this Rabindrasangeet has become the song of protest in modern times 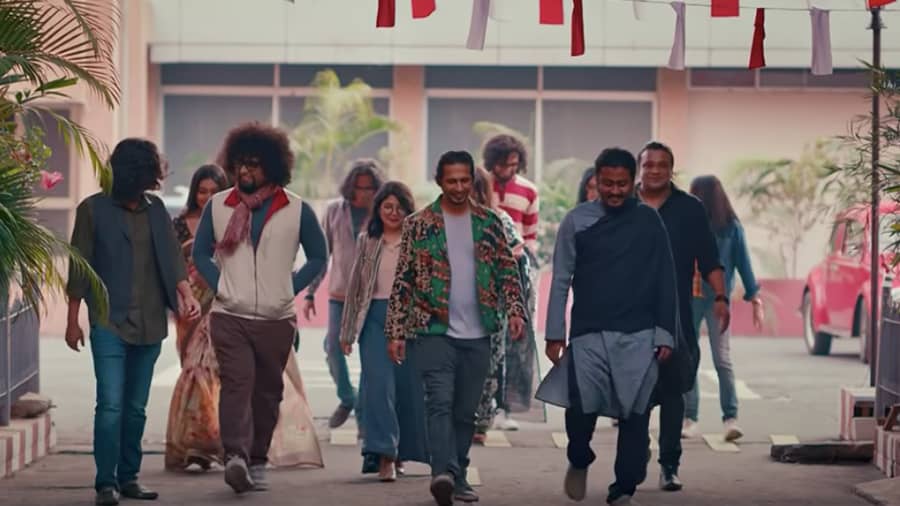 The song that Rabindranath Tagore wrote in 1905 has achieved cult status in popular culture as an anthem for resistance and a call to action.

Tagore included Ekla cholo re in the Swadesh section of Gitabitan, his book of songs, as a patriotic protest song. It was influenced by the popular kirtan Amar ekla Nitai.

While the renditions of Ekla cholo re by stalwarts such as Suchitra Mitra and Kishore Kumar remain etched in our memory, there have been a slew of modern versions used in different contexts and for different purposes.

Here’s a list of the recent Ek cholo re renditions to tune into:
Coke Studio Bangla

This is the most recent version of Ekla cholo re, released on February 7, 2022. The Coke Studio Bangla version has mixed the original lines with new lyrics and parts of the Lalan Fakir song Ami kothay pabo tare. The Coke Studio Bangla version has been arranged and composed by Shayan Chowdhury Arnob, Ekla cholo re has been given a peppy treatment with contemporary beats. It “is a calling for everyone to remain true to themselves and walk the path they believe in,” Coke Studio Bangla’s YouTube channel mentions in the bio. The song is a collaboration of artists like Bappa Mazumdar, Samina Chowdhury, Sunidhi Nayak, Rubayat Rehman and Ritu Raj.

An “anthem for anyone who never gives up on their dreams. May this song motivate them to never back down,” goes the bio of the song on the YouTube channel of SVF. Sung by Anupam Roy, the track was released in 2020 as a tribute to the para-athletes of Bengal.

Jodi tor dak shune keu na ashe, tobe ekla cholo re is a recurring line  in EPR’s protest rap song released in 2019. Kolkata-based musician Santhanam Srinivasan Iyer, aka EPR Iyer, used Ekla cholo as a voice of dissent and to channel his rage against systemic oppression in the context of farmer suicides in India.

EPR Iyer: A rapper on stage and a ‘reporter from the streets’

Ekla cholo re in Amitabh Bachchan’s sonorous voice captured the essence of a lone woman’s fight against a bureaucratic system to find her husband’s killer in Sujoy Ghosh’s 2012 film Kahaani. Big B’s baritone  is one of the most heard renditions of the Tagore song.

For Shyam Benegal’s 2004 film ​​Netaji Subhas Chandra Bose: The Forgotten Hero, Sonu Nigam and Nachiketa sang Ekla cholo re to underscore the uncharted path that Netaji was on to achieve Indian independence from the British.