The Supreme Court is now looking into the controversy following allegations of illegal surveillance of Opposition leaders, judges, civil society members and journalists 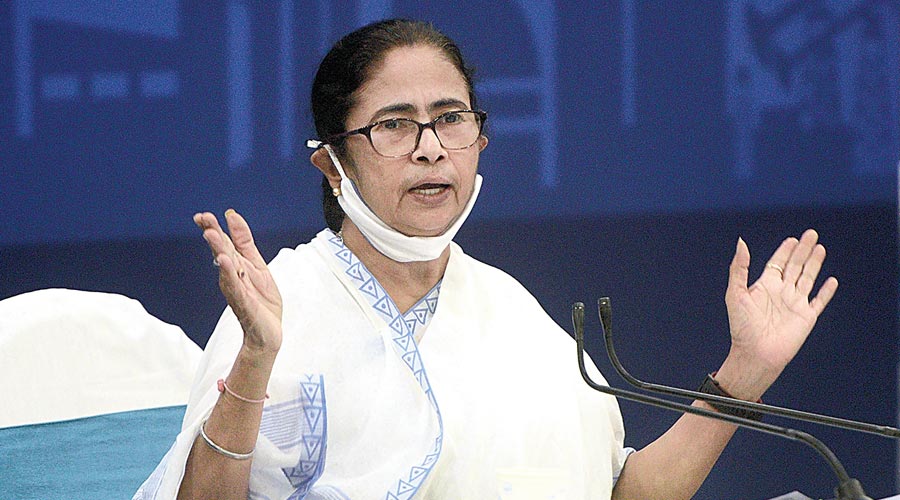 Chief minister Mamata Banerjee said on Wednesday that her government had received an offer to purchase the Pegasus spyware three years ago but she declined it because of her commitment to the right to free speech.

The disclosure was made during discussions in the Assembly on the home department’s budget.

The Supreme Court is now looking into the Pegasus controversy following allegations of illegal surveillance of Opposition leaders, judges, civil society members and journalists through the use of the Israeli spyware that can be bought only by government agencies.

“The Centre illegally snoops on its critics. They tap my phone to know what I am discussing with others…. Three years ago, our government received an offer to buy the spyware, Pegasus. Several BJP-ruled states like UP, MP and Karnataka bought it. The Andhra Pradesh government also purchased it when Chandrababu Naidu was chief minister. I, however, declined the offer as I didn’t want to interfere with the people’s right to free speech,” Mamata said on Wednesday afternoon.

“Had we bought it, the common people would have been afraid to speak. That hasn’t happened,” she added.

The chief minister did not disclose other details of the offer although she spoke extensively on the subject. Mamata’s assertion on free speech came against the backdrop of several leaders from the BJP and the CPM accusing her in the past of using police to snoop on their phones.

“Do you know how it works? Whatever is being spoken within a radius of 100km, including in banks, courts, police stations, other offices, it records everything. It also picks up all messages from WhatsApp, but I’m not sure if it does the same for FaceTime,” Mamata said.

Many switch to FaceTime, the Apple telephony product, while discussing confidential or sensitive matters for fear of snooping. While Pegasus has been known to be used to infect and infiltrate communication devices, some security analysts have spoken about eavesdropping gadgets placed in mobile platforms such as vehicles that are parked near the homes of surveillance targets.

The Bengal government had formed a two-member panel, headed by former Supreme Court judge M.B. Lokur, to look into the allegation of illegal surveillance using Pegasus, but the apex court had ordered a stay on the inquiry.

“Under BJP rule, can’t one speak with anyone?” Mamata asked in the Assembly, before broadening the scope of her attack and accusing the ruling party at the Centre of using central agencies like the Enforcement Directorate and the CBI to intimidate Opposition parties.

Later in the day, she cited the example of Raiganj MLA Krishna Kalyani (elected on a BJP ticket before defecting to Trinamul) who had alleged in the Assembly that BJP MLA and leader of the Opposition Suvendu Adhikari had threatened to send income-tax sleuths to his house.

Kalyani later attended a news conference with three other MLAs all of whom have switched from the BJP to Trinamul after being elected. He said: “We are first-time MLAs. We need to learn the proceedings of the House. Adhikari’s repeated attempts to disturb the House have prevented us from learning anything. This is why we were trying to protest against him. He told me that he would send IT sleuths to my house.”

Biswajit Das, the Bagdah MLA, made a similar allegation.

Adhikari denied the allegations, saying: “Trinamul instructed these four MLAs to appear in the House today and disrupt my speech.”

Kalyani has informed Speaker Biman Banerjee of Adhikari’s alleged threat. Banerjee has said that if the allegations are proved, a privilege motion will be brought against Adhikari.