Law and order in state not bad, says Mamata Banerjee 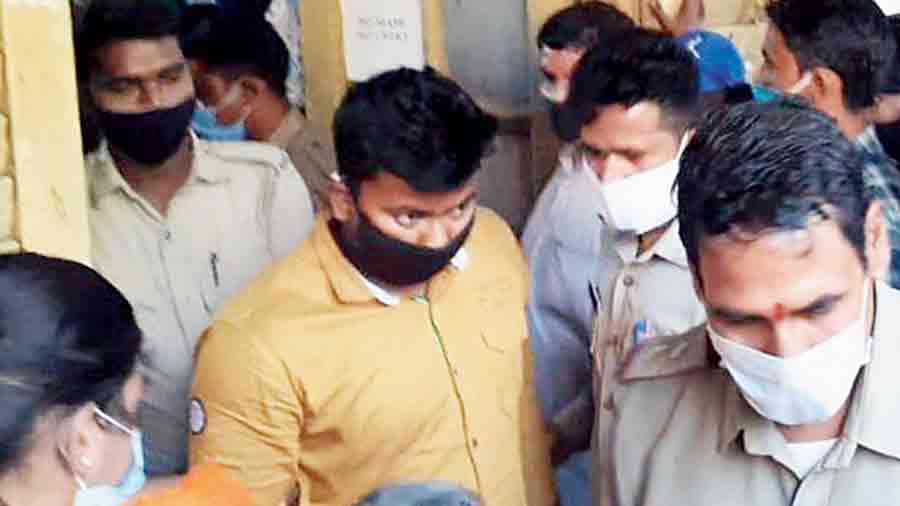 Mamata Banerjee on Wednesday said her government had taken necessary steps following the murders of two councillors in North 24-Parganas and Purulia districts and sought to contest the Opposition charge of breakdown of law and order in Bengal.

“I condemn any death. But two incidents cannot be used to reach a conclusion that the law and order is bad in the state.... Police have arrested one person, who is believed to be associated with Trinamul, in the Jhalda incident. I initiate strong steps even if the suspect is linked to our party,” said the chief minister during her speech on the budget of the home and hill affairs department in the Assembly on Wednesday.

Kandu’s nephew Dipak was arrested on Tuesday in connection with the Jhalda councillor’s murder. Dipak had contested against Kandu as a Trinamul nominee from ward 2 of the Jhalda municipality in the recent polls.

Amit Pandit, who had allegedly gunned down Dutta at Agarpara in North 24-Parganas, was also arrested.

The chief minister said police would take action on the Agarpara incident while suggesting that there could be a role of Opposition parties behind the killing of the Trinamul councillor.

“Why are the Opposition parties not saying anything on the murder of the Trinamul councillor of Panihati?,” asked Mamata.

She said trouble had become a regular feature in the area — Barrackpore subdivision — and the BJP was behind it.

“We have to create eight new police stations in the Barrackpore area because of the terror unleashed by the BJP.… I can say our government does not consider political colour while initiating action against the culprits,” said the chief minister.

Mamata also said the special investigation team had submitted a report on the death of student leader Anis Khan. “As the matter is subjudice, I have not seen the report.”

The chief minister said attempts to malign the entire police force were unfair. “More than 100 police personnel have died while discharging duties during Covid-19.They also work round the clock during festivals. So, the police force in Bengal is highly esteemed.”

She said her government had appointed 52,000 police personnel since 2011.

This is the first time that the budget of the home department was tabled in the Assembly since Trinamul came to power in 2011.

Bengal on Wednes¬day reported 65 new Covid19 infections, 137 recoveries and two deaths, resulting in a drop in active cases by 74 to 1,208. The state’s positive confir¬mation rate was 0.34 per cent on Wednesday, staying below 1 per cent for 26 consecutive days. Bengal’s current Covid19 recovery rate is 98.89 per cent and mortality rate 1.05 per cent.

Bengal has more than 20.16 lakh cases, since the first was detected two years ago. The total includes over 19.94 lakh recoveries and 21,191 deaths.