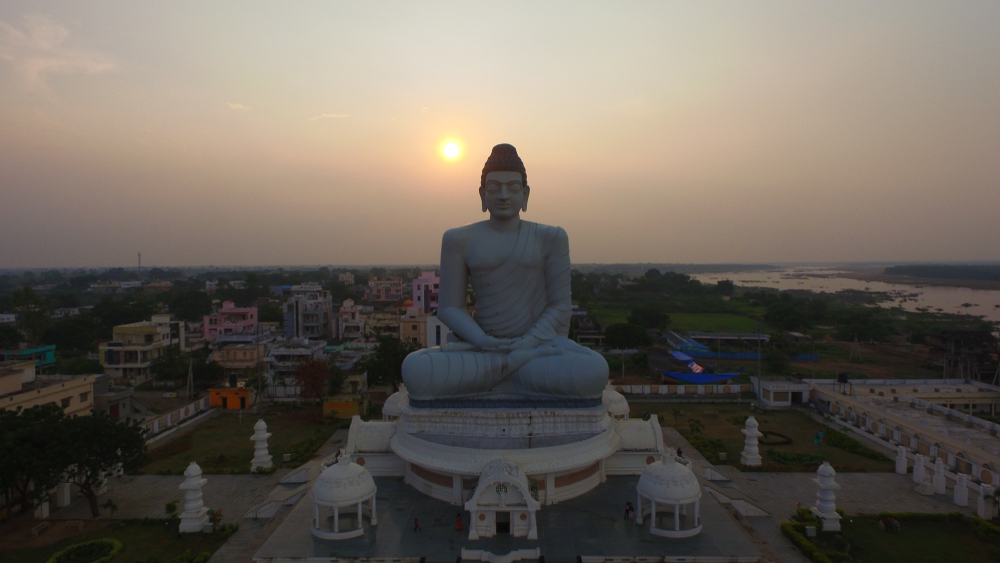 A statue of the Buddha towers above Andhra Pradesh's capital, Amaravati. The AP government, in a blatant violation of the 50 per cent cap on reservations prescribed by the Supreme Court, has made it mandatory for industries in the state to reserve 75 per cent jobs for locals
(Shutterstock)
The Editorial Board   |   Published 29.07.19, 03:58 AM

Populism pays, but only in the short run and for a select few. The Andhra Pradesh government, in a blatant violation of the 50 per cent cap on reservations prescribed by the Supreme Court, has made it mandatory for existing and upcoming industries in the state to reserve 75 per cent jobs for local people. A failure to do so will invite penalties laid down by rules that are still being framed. Provincial chauvinism is hardly new — agitations to ensure that the private sector is manned by ‘locals’ in various states started sometime around the 1960s. But the moribund state of agriculture and increasing unemployment have combined with political opportunism to provide the perfect atmosphere for sub-nationalism to prosper. Since its bifurcation and the consequent loss of Hyderabad, Andhra Pradesh has been on an industrialization drive. These factors together have led to agricultural land progressively being taken up for industrialization, leaving the people so far dependent on agriculture unemployed. Unsurprisingly, this mostly untrained workforce is only being employed in the low-end jobs. Providing vocational training and education — responsibilities of the State — could have been a long-term solution. But with the mandatory reservation of 75 per cent of all jobs for local people, the state government has shifted this responsibility onto the industrial sector. Further, mobility of labour is necessary to give industries the opportunity to select the best talent and remain competitive. A reservation such as the one in Andhra Pradesh will thus hamper the ease of doing business, discouraging industrial investment in the state and causing unemployment to shoot up further.

Significantly, a reservation for local populations is also a violation of the constitutionally guaranteed right of every citizen to work, live and move freely within the country. Worse, such provincialism is infectious — a similar provision is already in the works in Madhya Pradesh and demands have surfaced in Tamil Nadu for the same. Affirmative action was once a tool to bring the most economically and educationally backward sections on a par with the rest of the population. At the hands of populist governments, it has been turned into an assurance — albeit a false one — of a shortcut to success. The reservation for Marathas — an economically and socially dominant segment — in Maharashtra is a case in point. The underlying causes for demands for reservation are, among other factors, agricultural and economic crisis, the lack of social security nets, unemployment and iniquitous access to education. Doling out pieces of a fast-depleting pie will not solve anything.