What must also be noted in this case is that the FIRs, a public interest litigation has pointed out, go against the spirit of the wisdom of India’s highest court 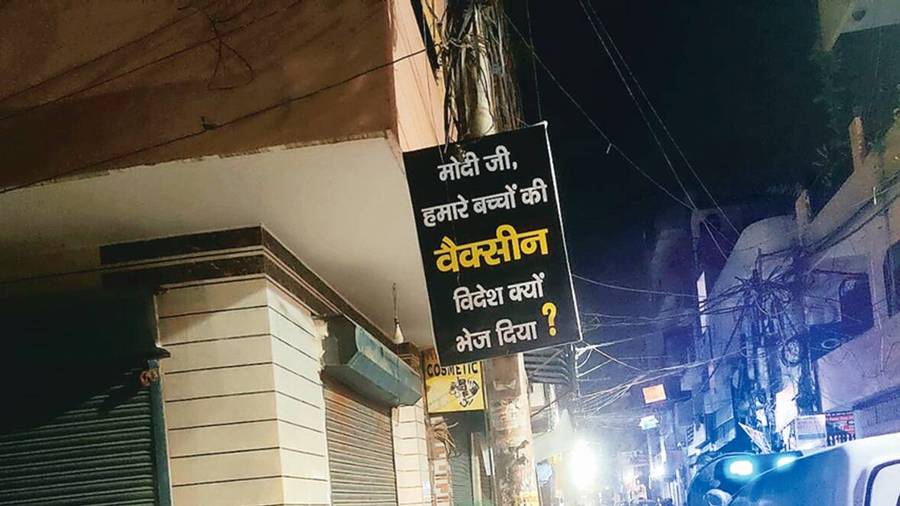 There is no reason to believe that the poster boy of a ruling regime would be fond of posters. Especially those that plaster public places with critical remarks on incompetency. The first information reports that have been filed against various people, including daily wage earners, rickshaw drivers and two foot soldiers of the Aam Aadmi Party, do not come as a surprise. One of the consistent traits of the Narendra Modi government is its allergy to criticism. Journalists, civil society activists, political opponents and other citizens pay the price for speaking truth to the powers that be as a matter of routine. The government’s vengeance against reprobation can take a myriad forms. There is evidence to suggest that the Bharatiya Janata Party has weaponized the sedition law, using it indiscriminately to silence critics. India’s worsening performance on registers that measure the quality of democracy — the press freedom index is one example — is also indicative of the erosion in the edifice of civil liberties. Any dissenting opinion is seamlessly fused into the toxic rhetoric of anti-nationalism by a pliant media and their shadowy masters.

What must also be noted in this case is that the FIRs, a public interest litigation has pointed out, go against the spirit of the wisdom of India’s highest court. In April, the Supreme Court had warned the authorities that contempt proceedings would be initiated if attempts were made to stifle expressions of grievance concerning the management of the pandemic on social media platforms. In this significant observation, the apex court underlined not only the need to uphold the sanctity of free speech but also — this is equally important — the need for an unrestrained flow of information to fight the pandemic. The court’s logic has acquired renewed importance in the light of the Centre and several states attempting to whitewash the grim picture of the losses suffered by the country: hospitals are allegedly being coerced not to report the extent of fatalities. On joining these worrying dots, it can be argued that India is witnessing an unprecedented assault on free speech and accountability by an elected government at a time when the public gaze is directed elsewhere. In a country where the prime minister is known to take every opportunity to remind his subjects that rights and duties need not be seen in isolation, it is possible that India will emerge from the pandemic with an enervated democratic apparatus.