There's a dual problem; lack of food in the hinterland and nature of consumption in cities 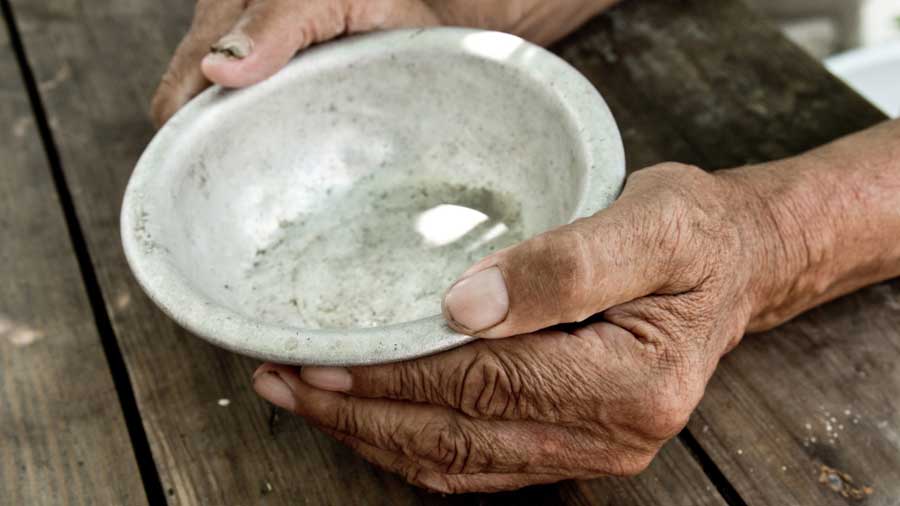 A vast section of Indian citizens continue to lie beyond the ambit of nutrition and food security
Shutterstock
The Editorial Board   |   Published 17.07.20, 12:59 AM

The bigger picture may be grim, but there is also a ray of hope. While the State of Food Security and Nutrition in the World report bears ill tidings for the global hunger situation — the estimated number of undernourished people around the world in 2019, at almost 690 million, has gone up by 10 million from the previous year — the findings for India show that there has been some improvement too. Over 10 years, the number of Indians afflicted with hunger declined by 60 million, along with a drop in the number of stunted children. This is a significant achievement for a nation which, as recently as last year, ranked 102 out of 117 countries on the Global Hunger Index. The report has even identified the broad reasons for the progress; it credits long-term economic growth, reduced inequality and better access to basic goods and services. This perhaps means that certain interventions — efforts at bolstering access to food and nutrition under the National Food Security Act as well as special nutritional schemes for women and children such as the mid-day meal programme — are slowly bearing fruit. But can India now rest on its laurels as a food-secure nation?

The answer to this question cannot be a simple one. A primary reason for this is starvation — a vast section of Indian citizens continue to lie beyond the ambit of nutrition and food security. In 2019, 85 hunger deaths were reported across the country, with 21 of them occurring in Jharkhand. Yet, there was no official acknowledgement of the problem from either the state or the Centre. This indicates a deeper malaise at the structural level. For instance, inefficient mass digitization initiatives in the name of public welfare reduce the scope of access to food, especially for the poor. But the apathetic administration is seldom held accountable. Moreover, the report has also found that adult obesity in India is on the rise. The number of obese Indians shot up from 25.2 million in 2012 to 34.3 million in 2016. The discourse on malnourishment must take into account faulty consumption patterns and lifestyle diseases in urban areas, where the availability of food is not an immediate hurdle. There is thus a dual problem; the lack of food in the hinterland and the nature of consumption in cities. To address this twin problem, the focus must shift to not only plugging the leakages in India’s food distribution system to improve public access, but also to educating people — the obese segment, for instance — on the importance of consuming healthy food and supporting local, traditional cuisines.