The BJP is recasting India through its toxic nationalism

With its regimental outlook, the party believes that love for the country can only be drilled into the nation by force 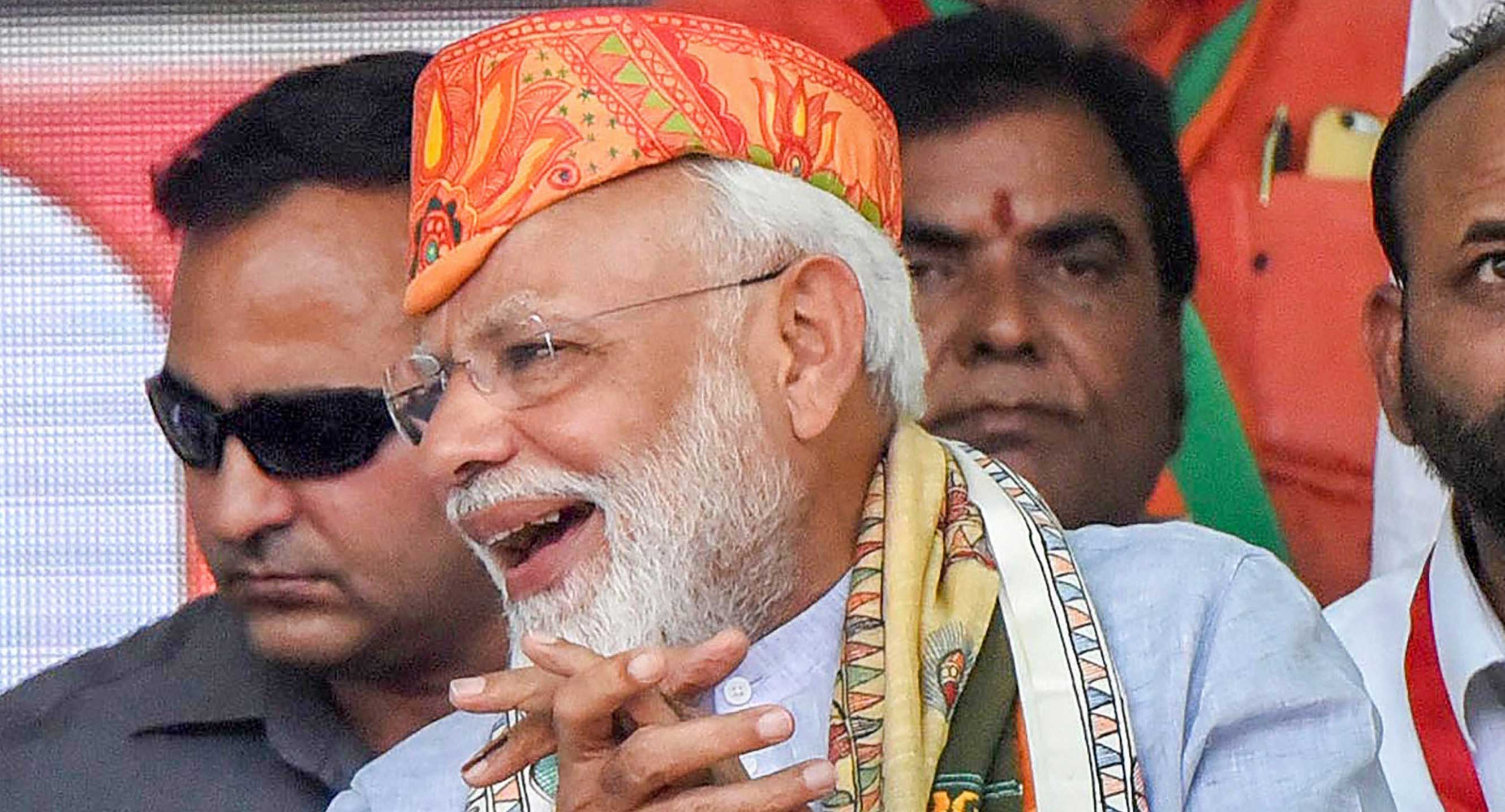 Prime Minister Narendra Modi during an election rally in Darbhanga, on April 25, 2019. He seems intent on conveying the message that resistance to chanting Vande Mataram, or, for that matter, whatever is preached by the BJP, is equivalent to treason
(PTI Photo)
The Editorial Board   |   Published 30.04.19, 03:24 AM

The bug of shrill nationalism, the prime minister and his party must be hoping, would go on to bite the rest of the country. The Bharatiya Janata Party, evidently, possesses formidable skills when it comes to administering such a bug bite. Speaking at an election rally in Darbhanga, Bihar, Narendra Modi wondered whether those opposed to the chanting of ‘Vande Mataram’ should have their deposits forfeited. The query was not rhetorical: it was intended to pass on, albeit subtly, a message that is at once ideological and political. Mr Modi and the BJP are well aware that certain members of the minority community are opposed to Vande Mataram’s philosophical moorings. A monotheistic religion, they argue, cannot endorse the worship of the country as mother. A philosophical resolution of this contention would have been ideal. But the BJP and its minders have little regard for informed debates. Mr Modi seems to be intent on conveying the message that resistance to chanting Vande Mataram, or, for that matter, whatever is preached by the BJP, is equivalent to treason. This coded message is intended to consolidate the support of the majority community and, simultaneously, demonize minorities and critics. The strategy of dividing people has traditionally yielded electoral benefits to Mr Modi’s party. There is an additional incentive for Mr Modi to stoke the flames of aggressive nationalism. His shoddy performance as prime minister, manifest in gargantuan failures in the realms of employment and agriculture — to cite just two examples — has forced the BJP to whip up public sentiment in the name of ‘patriotism’ in order to return to power.

Given the party’s orthodoxy and regimental outlook, it believes that love for the country can only be drilled into the nation by force. Civic employees in Jaipur had been instructed to sing ‘Jana Mana Gana’ while clocking in to work and ‘Vande Mataram’ on their way out when the BJP ruled Rajasthan, even though it has been reported that vigilantes came up short while singing ‘Vande Mataram’. That love for and pride in the nation can be spontaneous, nourished by an understanding of India’s history and tradition, is incomprehensible to the BJP. Is that because such an engagement on the part of the people would deepen their understanding of India’s inclusive, accommodating soul? Altering the soul of the nation through a toxic nationalism is, allegedly, the BJP’s way of building India anew.