Letters to the Editor: Vanishing 'nolen gur' a worry for Bengalis

Readers write in from Calcutta, Chennai and Mumbai 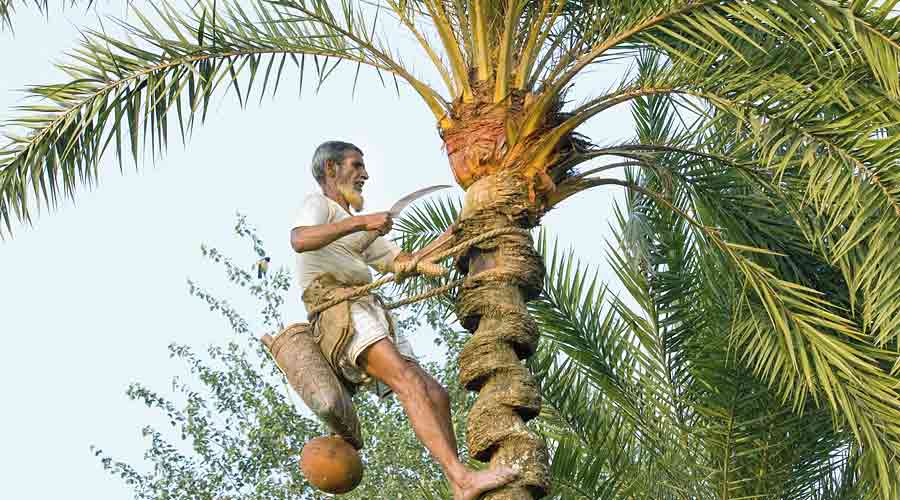 Sir — Nolen gur aficionados have a frown on their faces even though it is winter: the quality of the product is no longer what it used to be. The reasons are two-fold. Climate change, which has enfeebled Bengal’s winters, is having a deleterious effect on date palm trees. Second, there is also a dearth of skilled ‘shiulis’ — men who are trained to climb date palm trees to retrieve the sap. There is a case for the Bengal government to offer incentives to the community to prevent such traditional skills from going extinct. The disappearance of quality nolen gur and, in turn, the delicacies that are made out of it would be equivalent to Armageddon for Bengalis who are known to possess a proverbial tusk — not tooth — that is sweet.

Sir — The Election Commission has finally announced the dates for the assembly polls in five states — Uttar Pradesh, Uttarakhand, Punjab, Manipur and Goa (“Same mistakes”, Jan 10). The elections will be held between February 10 and March 7, with the counting of votes slotted for March 10. With the third wave imminent, the EC has set down special rules to ensure a ‘Covid-19 free’ election. Although this is impossible to achieve, the EC must not allow large gatherings in the name of election campaigns — it has already banned campaigning till January 15; this date must be extended. It is time people voted on the basis of actual work done in the last five years and not last-minute poll promises.

Sir — It seems that the Election Commission has not learnt a lesson from the second wave of Covid-19 last year. The EC’s decision to suspend rallies till January 15 is too little, too late. The Bharatiya Janata Party must take cues from the Congress, which stopped its rallies in order to ensure that people are safe. The elections will turn out to be super-spreader events if the EC does not
take concrete steps right away.

Sir — The poll dates for the five states headed to the hustings fall between February 10 to March 7. A preliminary analysis by the Indian Institute of Technology Madras predicted that the third wave of Covid-19 would peak between February 1 and 15. The Election Commission should thus have postponed the assembly polls by at least a month.

Sir — The Election Commission has done its part by cancelling election rallies till January 15. Now it is the Central government’s turn to ramp up vaccination and arrange for booster shots across age groups. It is baffling that the government has not been more proactive about booster shots. It is evident that Omicron is not the last variant of Covid-19. Hence a proactive defence mechanism needs to be put in place for the populace.

Sir — The Election Commission seems oblivious to ground realities. Its eagerness to allow elections in spite of a massive surge in Covid-19 cases raises questions about its political impartiality in people’s minds.

Sir — Political rallies might have been banned by the Election Commission in poll-bound states till January 15, but the lines between political gatherings and government functions are often blurred in India. This will give an undue advantage to those in power in the respective states.

The Election Commission must ensure that the government does not use an official platform for party propaganda if free and fair elections are to be ensured.

Sir — The assembly elections that have just been announced in the five states will be the final nail in the coffin that India has built for itself with the public’s cavalier disregard for Covid protocols and the government’s apathy for human lives.

Sir — India is yet to rid itself of the scourge of manual scavenging. Oppressed castes, especially the Dalits, have to do this degraded work in extremely hazardous conditions. Their plight comes to light only when grim data about their death are released by the media. Reportedly, more than 631 people have died cleaning sewers and septic tanks in the last decade. Ending manual scavenging is a huge challenge that requires a comprehensive, sustained and multi-pronged approach, which includes the creation of equal employment opportunities.

Sir — The head of a comet often glows green, while the tail does not. This was also the case with the Comet Leonard, which was visible recently. Some scientists have now come up with a detailed explanation for this multi-chromatic behaviour. It is widely known that photons in sunlight knock the dicarbon molecules near the comet’s core into an excited state, resulting in the green colour. But the apparent dearth of dicarbons in comet tails has been something of a mystery.

In a great example of how scientific discovery inside the laboratory can replicate a phenomenon that takes place lightyears away, scientists found that the lifetime of a dicarbon molecule bathed in sunlight is about 44 hours — in that time, the molecules might travel 80,000 miles or so. But comet tails can stretch millions of miles. Thus, there are little to no dicarbons there.

Sir— Comet Leonard was not visible from most parts of India owing to the very poor air quality. This is sad.