Advertisement
Home / Opinion / India desperately needs to be rescued from itself

India desperately needs to be rescued from itself

In New India — should that be the BJP’s India? — nothing to do with the ancient world and myth is a stretch any more 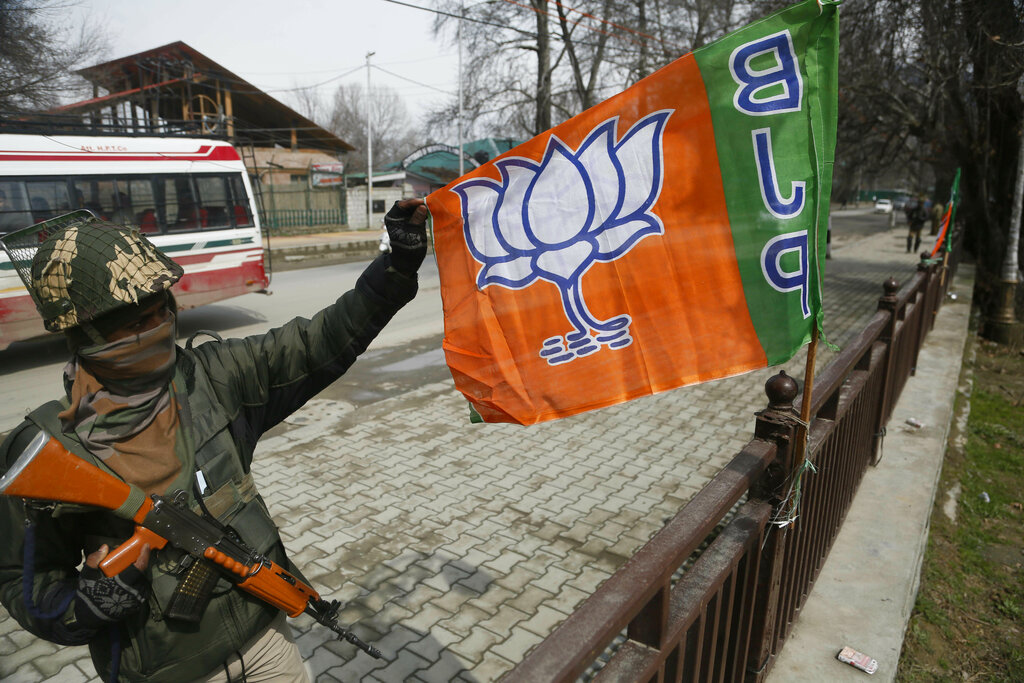 Waves of ignorance have submerged sensible political life. It is a brave new world in which the prime minister insists, even to a gathering of doctors, that Ganesha’s elephant head was a result of plastic surgery
AP Photo
The Editorial Board   |   Published 18.08.19, 04:02 AM

It would have been exciting to spot Hanuman, the undying devotee of Rama, at his orisons, but it would not have been unexpected. He is one of the seven figures from ancient Indian epics and myths rendered immortal by blessing or curse. Instead, who should be sighted but the godly bird who died trying to stop Ravana from carrying Sita away, that symbol of heroism, nobility, self-sacrifice and righteous defender of female chastity — Jatayu himself? Ashwani Mahajan of the Rashtriya Swayamsevak Sangh posted on social media a video clip of Jatayu flying off in Kerala, where, presumably, the epic battle between bird and demon king took place in the sky. Since the Ramayana, according to those — would that be the majority? — who feel a Ram mandir should be built on the disputed spot in Ayodhya, is not myth but history, it is bound to have a map. And that map, given the scale of the epic world, must be of different proportions, with Kerala embracing Argentina. For Mr Mahajan’s quasi-celestial sighting was of a vulture taking wing in Argentina: a bit of a stretch, to say the least.

What is remarkable about New India — should that be the Bharatiya Janata Party’s India? — is that nothing to do with the ancient world, myth or history, is a stretch any more. It is a brave new world in which the prime minister insists, even to a gathering of doctors, that Ganesha’s elephant head was a result of plastic surgery. He also attributes Karna’s birth to genetic engineering. The complete defeat of the scientific mind in the face of superstition and folly in the name of religion is exemplified in aggressive statements such as those by the former human resource development minister of state that Darwin was wrong, because no one saw monkeys turning into men, and that institutes of technology should be taught that Indians produced the first aeroplane, as proven by the Pushpak Rath in the Ramayana. Ultimately, this is not funny. The phenomenon deliberately encourages ignorance by mixing a spurious idea of nation with a selective notion of religion. The minister of state for Ayush says that yoga can cure cancer and a former education minister insists that the cow exhales oxygen, adding that not Newton, but Brahmagupta II discovered gravity 1,000 years previously.

Waves of ignorance have submerged sensible political life. In Madhya Pradesh, the BJP and the present Congress government are bickering over the building of a Sita mata mandir in Sri Lanka; the country has obviously come a long way since the dreams 72 years ago — or more accurately, gone back. It is truly a surreal time, when the Uttar Pradesh chief minister calls Hanuman a Dalit or forest-dweller — without sighting him, it seems — and one BJP leader decides he is a Vaishya, another that he is a Muslim, till the state sports minister, a former cricketer, chips in with a superior sort of piety: gods cannot have caste, hence Hanuman was a sportsperson. India desperately needs to be rescued from itself. Only a decisive, collective rationality can do that.