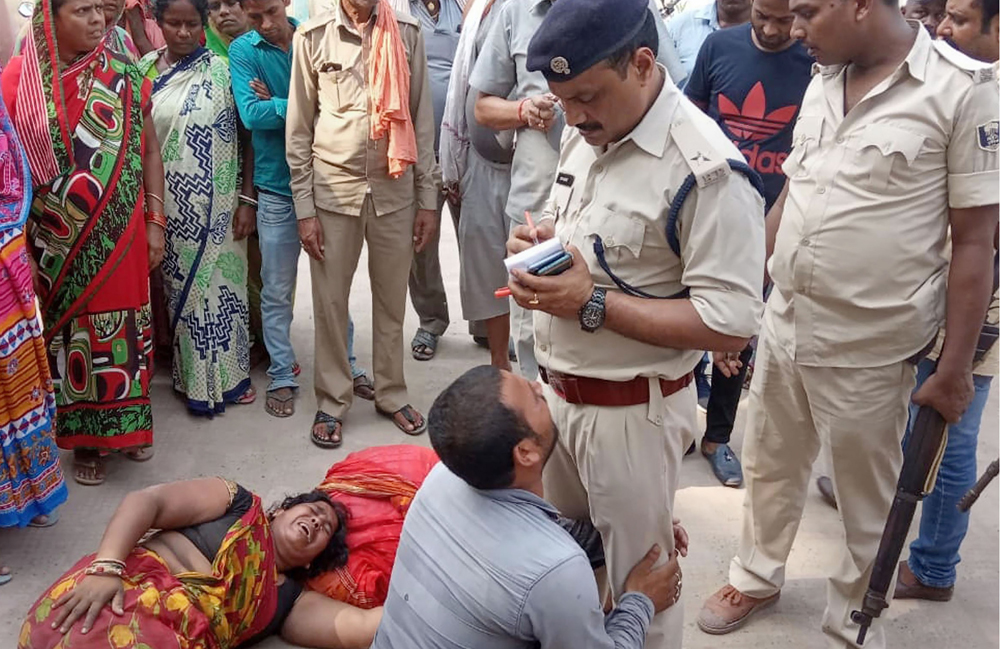 Relatives of victims mourn outside a government hospital after three people were beaten to death by a mob on suspicion of cattle theft, in Chapra district, Bihar, on Friday, July 19, 2019
PTI
The Editorial Board   |   Published 12.08.19, 04:42 AM

Sometimes the hard core of values exposes itself through fruity layers of palliative rhetoric. That happened in the Rajasthan assembly when the government passed the Rajasthan protection from lynching bill, 2019 and the Rajasthan prohibition of interference with the freedom of matrimonial alliances in the name of honour and tradition bill, 2019. That the Bharatiya Janata Party-led Opposition contested their passage was not as revealing as the arguments it spouted. Only one of its points merited clarification. Both the bills had to do with murders, against which the Indian Penal Code has adequate provisions. The point is that lynching by alleged cow vigilantes and on the basis of rumours is a crime that has taken on distinctive dimensions, with many of these occurring in Rajasthan. They are executed by invoking the law against cow slaughter as alibi mainly against members of minority communities or underprivileged groups. Even the Supreme Court felt the need for a separate law against lynching. Rajasthan has emphasized the need for stringent provisions including imprisonment and fines as well as a firm system of monitoring, implementation and accountability as advised by the court. It is the second state after Manipur to pass an anti-lynching law.

The Opposition did not stop at calling this a law favouring cow smugglers but also that it was meant to please a particular community. Evidently, BJP members of the Rajasthan legislature do not mind showing off their antagonism to the “particular” community, neither their knowledge of the fact that the community is the favoured target of lynch mobs. In opposing the bill — insisting also that it go to a select committee, something that its party seldom does when in the majority — the Rajasthan BJP made clear that its support lay with a particular kind of criminals. Similarly, its objections to the bill against honour killing were on the basis of cultural practice and tradition: again, a direct upholding of the power of khap panchayats and discrimination, and an assault on personal liberty and the right to privacy. Does this mean that collective crimes that are discriminatory, regressive, repressive and intrusive have the BJP’s support? The positive steps taken by the Rajasthan assembly should not only be lauded but emulated wherever such crimes are common. The nation needs to know whether BJP-led state governments will follow.

The laws of shelter for cows and humans