Harvard's misunderstanding of the moral formation of students

By revoking the admission of Kyle Kashuv, a pro-gun student from Parkland, Harvard has drawn flak for curbing free speech 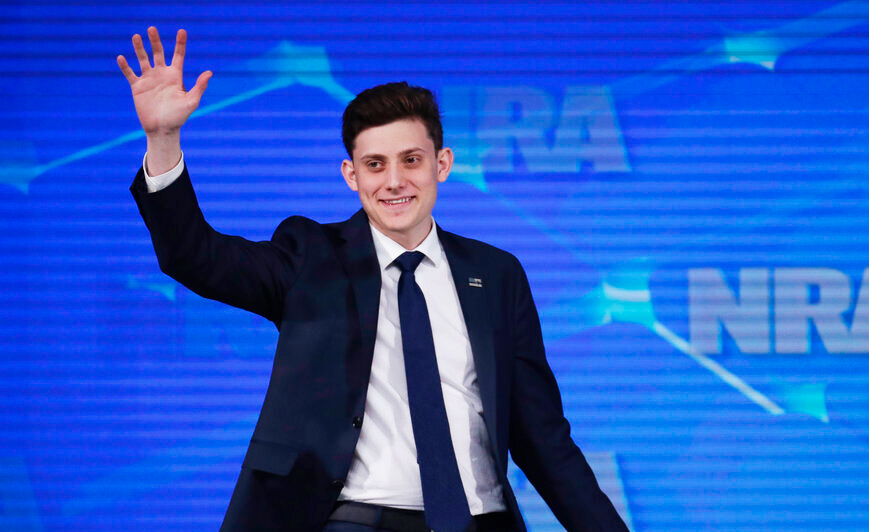 When asked if he should be spared criticism on account of his youth, Kyle Kashuv, a student survivor of the Parkland school shooting on Valentine's Day, 2018, in which 17 people died, responded: “When you’re pushing policy, the protections as a kid are gone. I’m rightfully not granted that."
(AP)
David Brooks/ New York Times News Service   |   Published 19.06.19, 12:07 PM

Over the past year and a half, the students from Marjory Stoneman Douglas High School in Parkland, Florida have handled themselves with a fervor and commitment that has, most of the time, inspired the nation.

One of those students was Kyle Kashuv. Despite the trauma of the shootings and a busy impromptu career as a school safety advocate, Kashuv was able to graduate second in his class, with a weighted GPA of 5.345, according to the Daily Wire (how is that even possible?). Along with his classmate David Hogg, he was admitted into Harvard.

Most of the famous Parkland students lean progressive and support gun control laws. Kashuv leans conservative. He’s appeared on conservative media, got to meet Donald Trump and lobbied for the STOP School Violence Act, which would create an annual $50 million grant to schools for training programs and reporting systems. He became a student face for the gun rights crowd.

He’s handled himself with an earnest sincerity. When Vox asked if he’d worked through what happened on the day of the shootings, he said, “Honestly, I don’t think we’ll ever have it all worked through.”

The Miami Herald asked if he should be spared criticism on account of his youth. He responded: “When you’re pushing policy, the protections as a kid are gone. I’m rightfully not granted that. I think even David and Emma truly … want to stop gun deaths and school shootings, and that shouldn’t be delegitimized, ever. They want the same end result that I do, they just do it through different means.”

A few weeks ago, documents leaked showing that about two years ago, when he was 16, some months before the shootings, Kashuv wrote racist comments in text messages and on a collaborative Google doc.

He was studying for the AP History exam with some classmates online. Around midnight they began posting childish things. Kashuv’s comments were repulsive — blatantly racist and anti-Semitic. He wrote the N-word 12 times and then explained that he was good at typing that word. “(P)ractice uhhhhhh makes perfect.”

When the comments became public last month, Kashuv immediately apologized. “We were 16-year-olds making idiotic comments, using callous and inflammatory language in an effort to be as extreme and shocking as possible,” he noted.

On May 24, Harvard’s admissions dean, William Fitzsimmons, wrote to him explaining that Harvard was considering revoking his admission. Harvard reserves the right to revoke admissions for behavior “that brings into question your honesty, maturity or moral character.”

Kashuv wrote back unequivocally apologizing for his comments. His letter is contrite and ashamed: “I am no longer the same person, especially in the aftermath of the Parkland shooting and all that has transpired since.” He also wrote to the Harvard diversity office, apologizing and asking what he could do to be a better person.

Harvard decided to revoke Kashuv’s admission. He asked for a face-to-face meeting but was told the matter was closed. Conservative Twitter erupted Monday, arguing that this was another case of liberal elite Harvard bashing conservatives, shutting down free speech, etc. Is there no such thing as privacy? Or being underage?

This case has nothing to do with free speech. Harvard clearly has a right to disinvite students who violate its standards. I’d say, rather, that the decision, which Harvard is not commenting on, may reflect a misunderstanding of how moral character develops.

Moral formation is not like learning math. It’s not cumulative; it’s inverse. In a sin-drenched world it’s precisely through the sins and the ensuing repentance that moral formation happens. That’s why we try not to judge people by what they did in their worst moment, but rather by how they respond to their worst moment. That’s why we are forgiving of 16-year-olds, because they haven’t disgraced themselves enough to have earned maturity.

Knowledge comes by memorizing information and is measurable by GPA. Wisdom comes through a renovation of the heart, the way Aeschylus centuries ago famously said it did: “Even in our sleep pain that cannot forget falls drop by drop upon the heart, and in our own despair, against our will, comes wisdom to us by the awful grace of God.”

These days many people seem to think that the way to prove virtue is by denouncing and shunning, not through mercy and rigorous forgiveness. Harvard could have but didn’t take the truth-and-reconciliation approach — confronting the outrage, but trying to use it to get to a deeper eventual embrace.

It’s hard to know if Kashuv has learned from his repulsive comments, but if he has, wouldn’t Harvard want a kid who is intellectually rigorous and morally humble? Wouldn’t it want a student who could lend a hand to all the perfect résumé children who may not have yet committed a disgrace, but who will?