Why is the govt of a once fairly well-run state going the way of reckless Latin America? 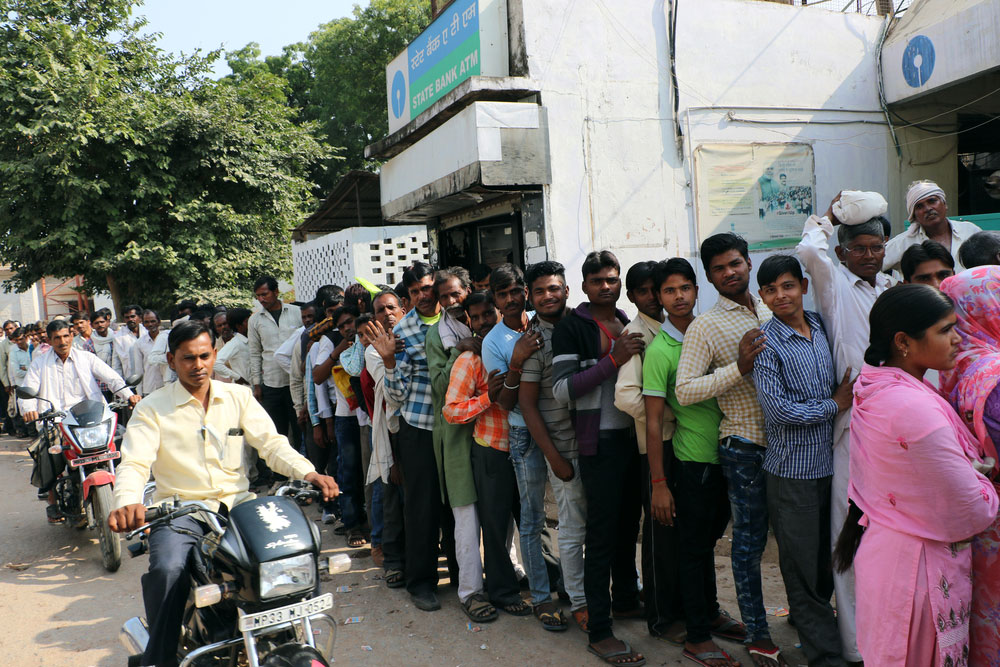 The people have handed the present government the power to rule them; unless they change their minds, it is difficult to see a change in governance; expect a crisis and economic decline every few years.
(Shutterstock)
Ashok V. Desai   |     |   Published 06.01.20, 06:31 PM

The graph is smooth like a waterfall: in the quarters beginning with April 2018, the year-on-year growth in gross domestic product at constant prices has been 8.1, 8.0, 7.0, 6.6, 5.8, 5.0 and 4.5 per cent. The Central Statistics Office has not released details of GDP composition. But in the April-September half-year, GDP growth fell from 7.3 per cent in 2018 to 4.6 per cent in 2019. Manufacturing, which in the previous half year had grown by 9.4 per cent, shrank this year by 0.2 per cent. Growth of construction fell from 9.1 to 4.6 per cent. Agricultural growth declined from 5 to 2.1 per cent. The only sector that boomed was — no prize for guessing — government, whose growth rose from 8.1 to 10.1 per cent.

The government dismissed the governor of the Reserve Bank of India, and sent its obedient servant from Delhi to Mumbai to take his place. The new governor transferred a good deal of RBI’s capital funds, carefully accumulated over decades, to finance the Central government. This is old news; but the figures underlying it are shocking. In the budget it presented in February, the government had planned to borrow Rs 4.48 trillion during the year ending next March. By September, it had borrowed Rs 4.78 trillion — Rs 300 billion more than it had planned to borrow in the year. It sold Rs 612 billion of its loans to the National Small Savings Fund and, as if that was not enough, it raided small savings and took away another half a trillion. That was what it did till September; we can only wait and see what further havoc it would wreak in the current half year.

Why is the government so desperate? Why has it destroyed the independence of the central bank? Why is the government of a once fairly well-run state following in the footsteps of reckless Latin American governments? Argentina is the country of gold — in name. Living with a few hundred per cent a year of inflation and without any gold or foreign exchange reserves is normal for Argentina and other Latin American states. India is one of the world’s largest hoarder and importer of gold. Does India want to move from drinking chai to dancing cha cha cha?

Why should it not? It has only to look at its own history to see why. From 1947 till 1991, it had at least one balance of payments crisis every decade. Everyone clapped if the government brought down inflation below 8 per cent. Finance ministers believed that profligacy was patriotic, and spent without caring a hoot about the economy. Finally, the humiliation of running abroad repeatedly with a begging bowl made P.V. Narasimha Rao change the government’s ways. But that is all history. Today, with foreign exchange reserves touching $450 billion, who cares? The finance minister is playing her maiden innings; does she understand the importance of macroeconomic policy? Let us dance duffmuttu, and let the treasury take care of itself — though taking care of the economy is not its priority.

A Man peeps through the gates of a closed Shalimar Paints factory in Howrah.
Telegraph file picture

But some economists just cannot help worrying about the economy. Arvind Subramanian and Josh Felman have collected reams of statistics and investigated what led to India’s great slowdown. As they show, industrial growth in India has been modest for years; but in the last year, output index of consumer goods industries hardly grew, whilst investment index fell. Direct tax collections show no growth this financial year; non-oil exports are stagnant, whilst imports have fallen. Growth of power generation is close to zero — the lowest in three decades. The world’s fastest growing economy has suddenly given up on growth. The government has drastically reduced corporate tax, and the RBI has cut its interest rate, but the economy has refused to perk up.

Subralman trace back its travails to the global financial crisis of 2008. To save the Indian economy from the global slowdown, the government spent madly on infrastructure — mainly power — projects. State governments buy votes with electric power; they give it to their voters free or below cost. So the private companies that were foolish enough to invest went bankrupt. That led to the Twin Balance Sheet Problem — the insolvency of companies that had borrowed to invest in infrastructure loaded up banks’ balance sheets with bad debts, which we prefer to call non-productive assets. Export growth too sputtered.

The government ran deficits. Many new lenders came up, and their loans started a home building boom. By 2017, the housing boom, too, sputtered: there were no buyers for flats, builders went bankrupt, and so did the lenders — whom we prefer to call non-bank finance companies. The balance sheets of builders and their lenders got loaded with bad debts; the Twin Balance Sheet problem turned into a Quadruple Balance Sheet problem.

How to sort out this mess? Subralman opt for five Rs. First, recognition. Raghuram Rajan had organized an Asset Quality Review to establish the real quality of bank loans — which were good, bad and doubtful, and what could be recovered from no-good loans. There should be another AQR, covering banks as well as NBFCs. Second, resolution. Urjit Patel and Viral Acharya had spelt out the resolution procedure in February 2018; detail was added to it in June 2019. Subralman essentially argue for a law that would strengthen creditors’ hands and limit the courts’ and tribunals’ power to hold up and delay resolution. They also propose two specialized resolution drivers — ‘bad banks’ — which would take over banks’ bad loans to power and real estate sectors respectively and accelerate resolution.

Next, regulation: Subralman want greater powers for the RBI. It should strengthen its prompt corrective action framework, and extend its supervision to NBFCs. Fourth, the government must give its banks more capital on the condition that they recognize NPAs correctly and clean up their balance sheets. Fifth, reform. The government should sell stakes in its banks to the private sector and let it run them; if it cannot, it should at least transfer its investments in banks to a holding corporation with an independent management. There is also a comprehensive programme to improve figures — a fiscal commission to look at the budget, an AQR, to be done by Raghuram Rajan, and a statistical commission, to be chaired by Abhijit Banerjee. Then, there is agriculture: replace fertilizer and power subsidies with direct transfers, create a single market for agricultural products, have a stable policy on agricultural exports and imports as well as on livestock, incentivize water conservation, and give permission to genetically modified crops.

Subralman are so concerned about economic policy even though they get nothing material out of India — no power, no function, no profit — because there is so much to be done, and the case for doing it is so strong. But it is difficult to see a government that abolished the planning commission and dismissed first-class economists understanding the need for good policy. The people have handed the present government the power to rule them; unless they change their minds, it is difficult to see a change in governance; expect a crisis and economic decline every few years. But whatever his idea of governance, the prime minister certainly makes a spectacular show of it.