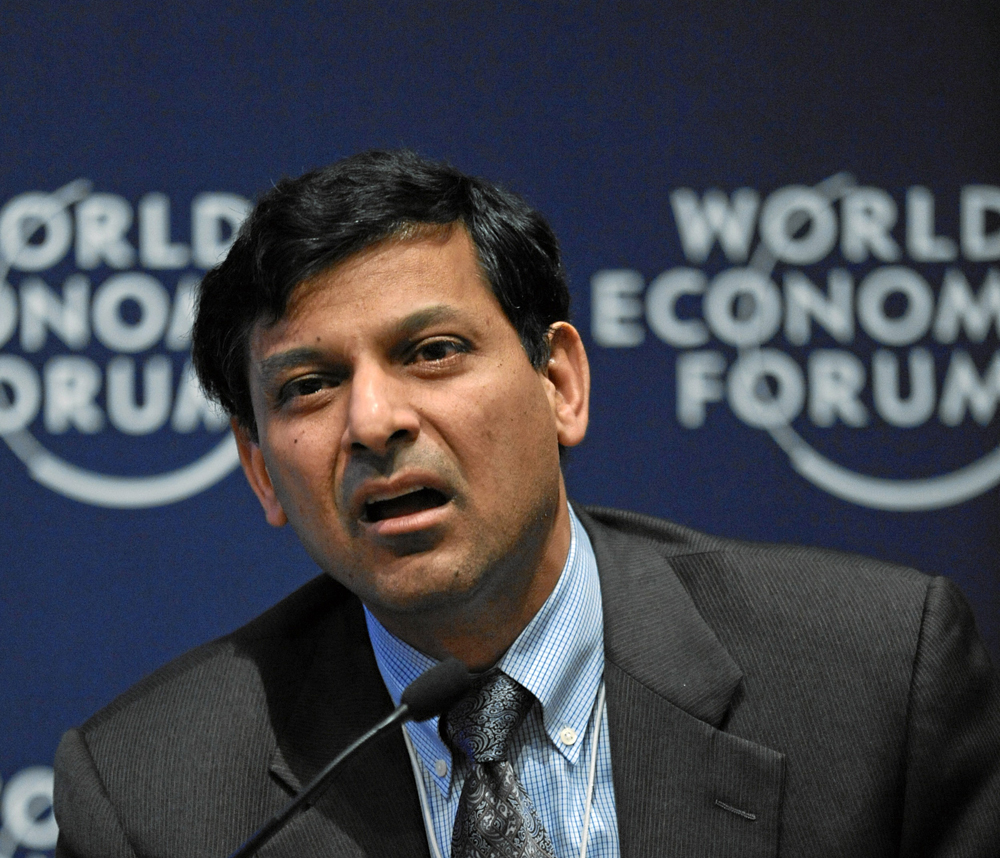 The former governor of the Reserve Bank of India, Raghuram Rajan, has been sharply critical of authoritarianism and majoritarianism, even hinting at the risk of India going the Latin American way in terms of populist policies
(Wikimedia Commons)
Arun Bhatnagar   |   Published 02.01.20, 06:46 PM

For quite some time now, the National Democratic Alliance government seems lost in imagining that the economic crisis can be wished away. The Economist has called the ruling dispensation an “incompetent manager” of the economy. Decision-making has been centralized and the ministers are left with little option but to indulge in bluff and bluster.

There is also the ongoing discourse on ‘big bang reform’. Policymakers would do well to remember that India has already suffered two huge reform shocks; demonetization and the shoddy implementation of the goods and services tax. More trouble may be in store should their political masters prefer not to turn away from hasty misadventures. A few former Union ministers of earlier administrations with experience outweighing that of most in the NDA believe that the real problem is not the absence of big bang reform but a faulty diagnosis of issues and priorities and about where governance inputs ought to be deployed.

The second incarnation of the United Progressive Alliance left behind a mess that has been difficult to clear up. Infrastructure projects had stalled, power producers were facing difficulties and the agricultural sector was in poor shape. Reforms were overdue. The NDA took some positive steps but its credibility has been falling because of the current slowdown and the government’s systemic denials.

Around mid-October, Moody’s Investors Service slashed India’s GDP growth forecast for the fiscal year, 2019-20, from 6.2 per cent to 5.8 per cent. One essential measure to reverse the negative trend is to ensure stability in policymaking. The rating agency’s action coincided with the third anniversary of demonetization. The World Bank, too, has slashed the economic growth forecast in the current fiscal year after it grew at the slowest pace in six years because of a slump in demand. It hardly helps that the business titans champion the ‘leadership accelerator’; they are the main beneficiaries of the tax cuts for the rich.

India’s growth process has mostly relied on internal sources of demand. The government needs to take measures to boost the domestic demand in the short run and reverse the fall in investment in the medium term. Among the steps called for is an increase in labour wages to boost rural demand, accompanied by an increase in the disbursal of food subsidy, which would enhance non-food expenditure in the budgets of poorer households. These would be more effective methods of augmenting demand than reducing tax rates on corporate income.

Narendra Modi did the right thing by walking away from the Regional Comprehensive Economic Partnership. This, however, was the easy bit. The reality is that the WTO-anchored MFN-based regime that India has banked on heavily is coming to an end. An overwhelming majority of international trade occurs on the basis of free trade agreements or preferential tariffs. Since the government finds the RCEP unsuitable, it should firmly ask the Indian private sector to shape up. It can no longer afford to be led up the garden path by the super-billionaires club and be persuaded to accept that the slowdown is temporary.

At this critical juncture, the economy is being run without the advice and assistance of competent economists. The former governor of the Reserve Bank of India, Raghuram Rajan, has been sharply critical of authoritarianism and majoritarianism, even hinting at the risk of India going the Latin American way in terms of populist policies. If the general feeling within and outside the investors’ community is indeed that the regime is unimaginative, incapable and inflexible, then the one reform which might still work at this fairly late stage is a drastic change in government functioning.