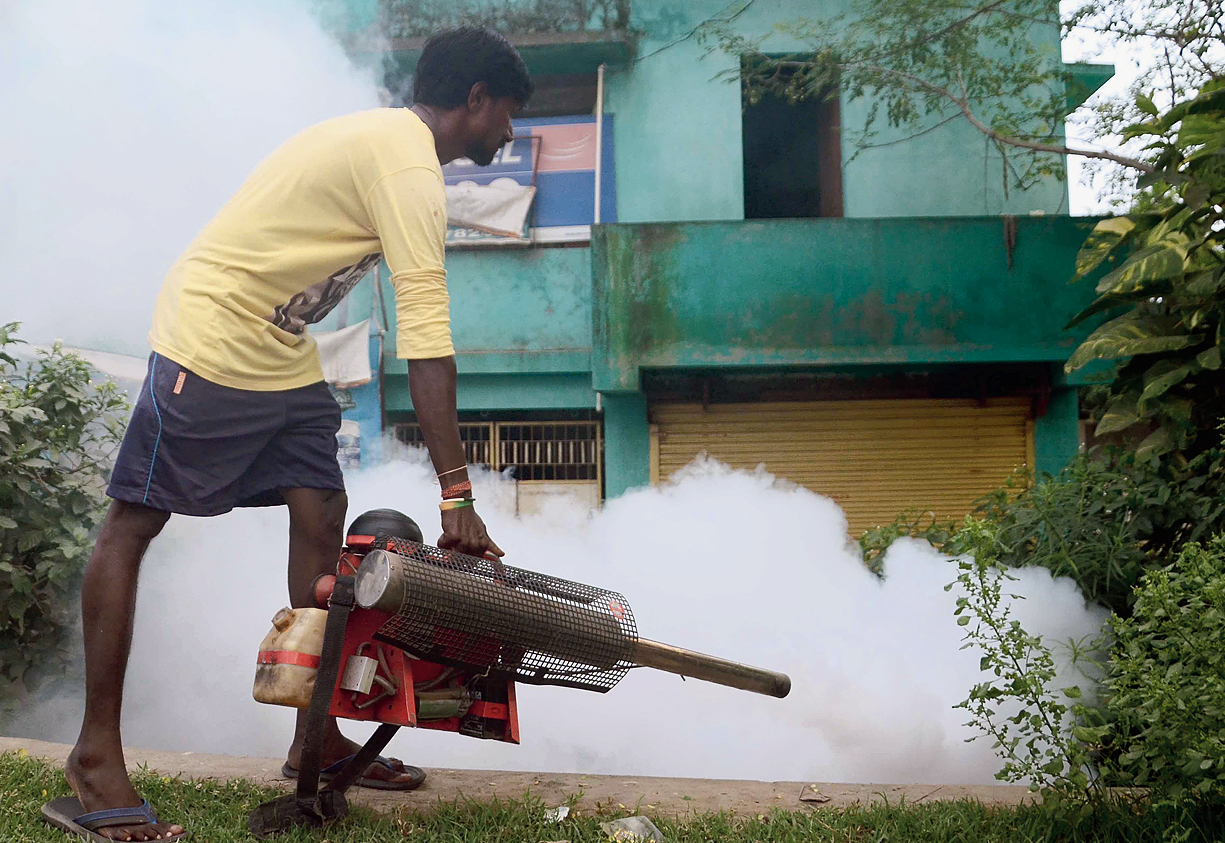 The mosquito menace in the city has assumed stressful proportions, giving residents sleepless nights with the civic body’s control mechanism through fogging remaining far below the expected level in the municipal area.

Residents in several city areas said they did not see a fogging machine in their area for several months. Telenga Bazar resident Pradip Sahoo said: “We would like to see at least some anti-mosquito fogging in our area to bring down its population to tolerable levels.”

Andarpur resident Utkalika Mohanty said: “We suffer mosquito bites not only during the night, but also the day as well. Both indoors and outdoors, the problem is severe.”

Councillors, who had to face people’s ire in their wards, virtually revolted at the municipal council meeting on Thursday on the issue of mosquito menace.

The Opposition in the BJD-ruled municipal council rallied against the civic body for being inefficient in tackling the issue and alleged that the mosquito population had increased manifold due to inadequate preventive steps.

Cuttack Municipal Corporation’s health and sanitation standing committee chairman Ranjan Kumar Biswal, however, said: “There has been an increased presence of mosquitoes as November to January is their breeding period”.

Mayor Meenakshi Behera said: “The anti-mosquito fogging operations will be intensified soon along with regular anti-larvae oil spraying in the drains as well”.

A corporation official said the civic body was equipped with three vehicle-mounted fogging machines and 59 hand-held automatic fogging machines. But they conceded that there was no regular fogging and only two of the vehicles were being used for the pre-winter operation so far. “The two vehicle-mounted machines were pressed into service thrice a week and their fogging routes were restricted to the main roads only,” an official conceded. They however, claimed that adequate focus was being given to possible breeding sites of mosquitoes near industrial areas, commercial centres and other public places.

The sanitary department has been asked to ensure there is no water stagnation in drainage channels, the official said.