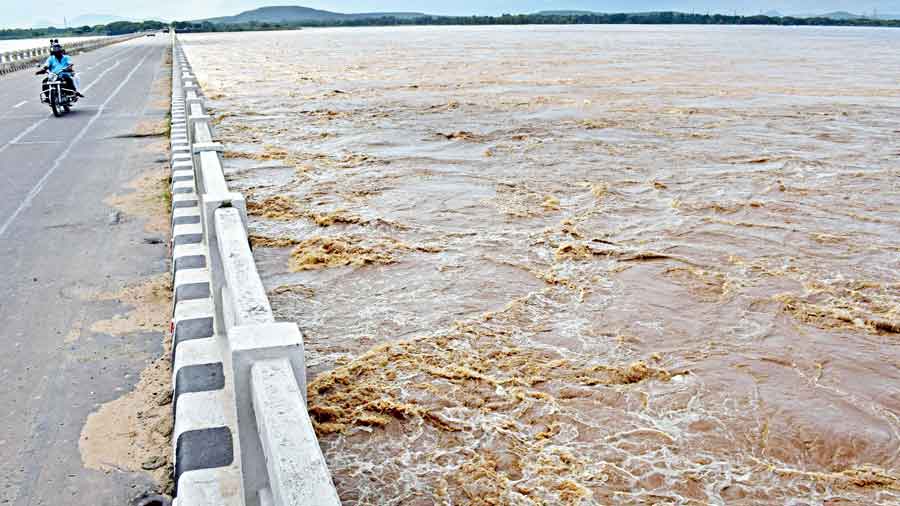 A fresh warning from the India Meteorological Department (IMD) about the formation of a low pressure in the Bay of Bengal has triggered fears of an imminent flood in the coastal region of Odisha, which has been battered by heavy rain for the last two days.

The state government has cancelled the leave of all officials of the water resources department and mobilised its officers to the low-lying areas of the state. Red warning has been issued in 17 districts in the wake of an imminent flood threat. According to the IMD report, the low pressure will further intensify into a well-marked low-pressure system in the next 12 hours and into a depression in the next 24 hours by August 14.

Under its impact, many parts of the state will receive heavy to moderate rainfall. Engineer-in-chief (water resources) Bijay Mishra said minor flood was expected in the Mahanadi river system.

Heavy rainfall reported in the upper catchment of Hirakud reservoir and in Chhattisgarh has fuelled the state government’s concern. Chhattisgarh is witnessing flood and they are releasing water in the Mahanadi river system.

“They are insisting us to open more gates of Hirakud reservoir. But we have to be careful while opening the gate. We need to examine the condition of the lower catchment area of the Mahandi before opening more gates,” Mishra said.

The officials also accused the Chhattisgarh government of not informing the Odisha government while opening the sluice gates of the dams over the Mahanadi. Swollen rivers have started breaching the danger mark. Fishermen have asked not to venture into the sea till August 15.Besides Mahanadi, other rivers, including Baitarani, are flowing above the danger level. The Jalaka and Subarnarekha have started swelling at different places following heavy rainfall.