I have no allegation to make against any political agenda or motive behind the unfortunate incident, NCP chief says in affidavit 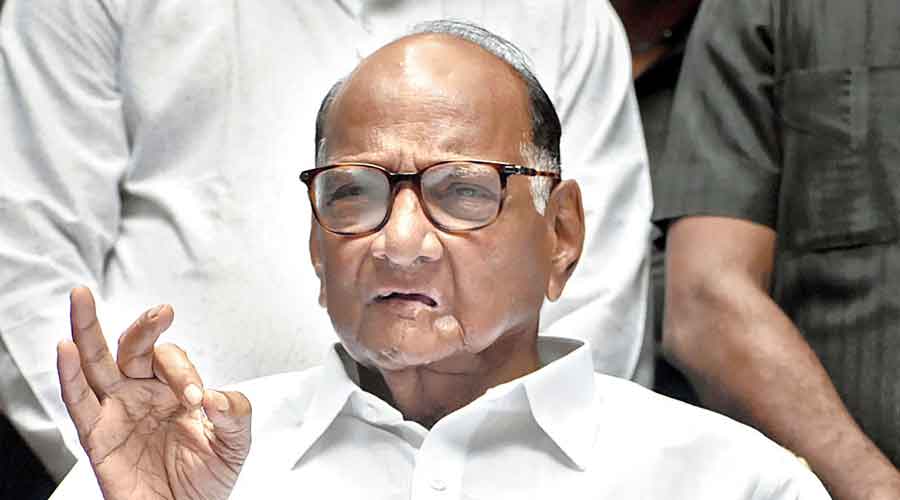 NCP chief Sharad Pawar has submitted to the Koregaon-Bhima Inquiry Commission that he has no allegation against any political agenda in connection with the January 2018 violence at a war memorial in Maharashtra's Pune district, but called for the IPC's sedition provision to be repealed or stop its "misuse".

The commission on Wednesday issued summons to Pawar, asking him to appear before it on May 5 and 6 for recording of evidence.

Pawar in his additional affidavit reiterated that he has no personal knowledge or information about the sequence of events leading to the incident at the Koregaon-Bhima war memorial in Pune on January 1, 2018.

I have no allegation to make against any political agenda or motive behind the unfortunate incident, the affidavit said.

Pawar, however, sought for changes in the legal system given the ever-changing socio economic and political conditions in the country. The law of the land is dynamic and not static, said the NCP chief, whose party currently shares power with the Shiv Sena and Congress in Maharashtra.

Pawar in his affidavit said the misuse of Indian Penal Code Section 124A, pertaining to sedition, should be stopped with amendments or the said section itself should be repealed.

Section 124A of the IPC which deals with sedition was inserted by the Britishers in 1870 to control the uprisings against them and to suppress the freedom movements. However, in recent times this section is often misused against people who criticise the government, thus suppressing their liberty and tends to stifle any voice of dissent raised in a peaceful and democratic way, the former Union minister said in the affidavit.

Seeking for the section to be repealed, Pawar said, I have a reason to say so because provisions of the IPC and the Unlawful Activities Prevention Act (UAPA) are sufficient for protecting the national intergrity.

The senior politician also called for amendments in the Criminal Procedure Code (CrPC) so as to empower police and executive magistrates to control and deter a riot-like situation and for the maintenance of law and order.

The police and executive magistrates in such situations need to be insulated from any political interference from the state government or the central government, Pawar said in his affidavit.

Pawar further called for monitoring of the social and digital media due to increasing posts with "fake propaganda", and for amendments to the Information Technology Act, which, he said, was outdated as it was drafted two decades ago.

The Koregaon-Bhima probe panel had earlier summoned Pawar in 2020, but he could not appear before it due to the coronavirus-induced lockdown.

Later, another summons was issued to Pawar for appearing before the commission on February 23 and 24 this year, but he had sought a fresh date, saying he wanted to file an additional affidavit before recording his testimony.

In February 2020, social group Vivek Vichar Manch member Sagar Shinde filed an application before the commission, seeking the summoning of Pawar in view of certain statements made by him in the media about the 2018 caste violence.

According to the Pune police, violence had broken out on January 1, 2018 between caste groups near the war memorial in Pune district during the bicentennial anniversary of the 1818 battle of Koregaon-Bhima.

One person had died and several others, including 10 police personnel, were injured in the incident.

The Pune police had alleged that provocative speeches at the 'Elgar Parishad conclave', held on December 31, 2017, in Pune, triggered the violence near Koregaon-Bhima.

The police claimed the Elgar Parishad conclave organisers had links with Maoists.