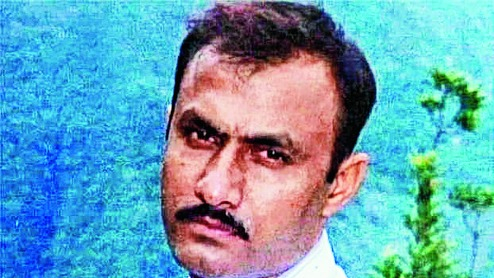 A Rajasthan police officer accused of shooting dead gangster Sohrabuddin Sheikh told a Mumbai sessions court on Wednesday there was pressure on him to verify that the report on the alleged November 2005 encounter in Ahmedabad was “genuine”.

Abdul Rahman, a former inspector with Udaipur police, recorded his statement before a special CBI judge probing the alleged fake encounter case that had also embroiled Amit Shah, the BJP’s current chief, before he was discharged.

“I was pressurised to say by many persons to tell the story of the encounter and to say the report was genuine and given by me,” Rahman told the CBI judge at Mumbai’s City and Sessions Court but gave no indication who were putting pressure on him.

But a Gujarat police investigation, well before the CBI took over, established that the story was a lie and that he was a criminal and extortionist who had close links with Gujarat police and had been killed in a fake encounter.

The Supreme Court had later transferred the case to Maharashtra in 2012.

Rahman, mentioned in the CBI chargesheet as the officer who had fired two rounds at Sohrabuddin, said he had spoken about the “pressure” before probe agencies but they didn’t take up the matter.

He denied having drawn up the FIR while insisting he was not in Ahmedabad the day the alleged encounter took place and claimed he had been framed in the case.

“None of the agencies that probed the case did a fair and independent investigation. The investigation officers were accused by both the CID and the CBI. They conducted a motivated probe,” Rahman said.

Of the 38 accused in the case, 16 politicians including Shah, who was then Gujarat’s minister of state for home, and senior police officers have been discharged, while Rahman and 21 others are still on trial.

Rahman’s then boss, Udaipur superintendent of police Dinesh M.N., was also named in the chargesheet for conspiring to abduct and kill Sohrabuddin but has since been discharged in the case.