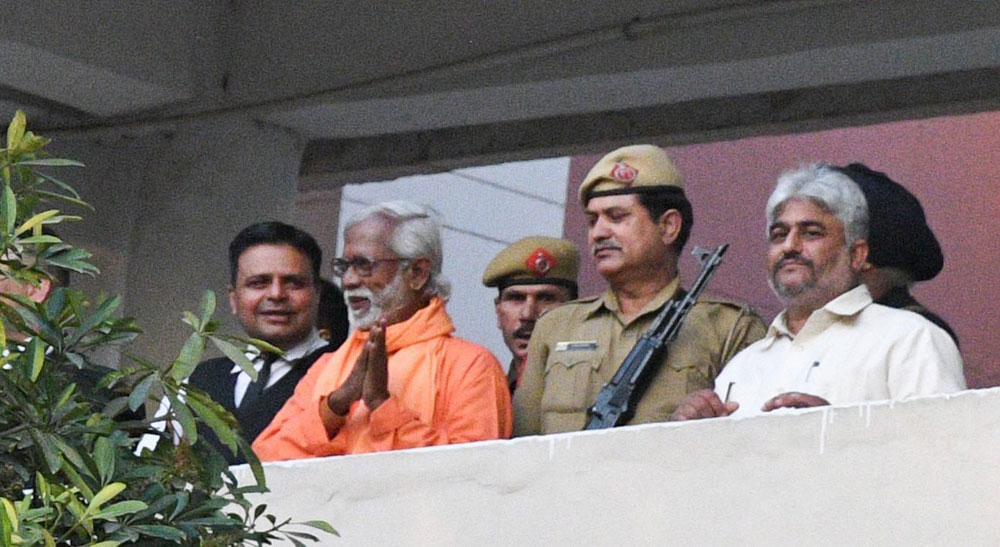 A special court in Haryana on Wednesday acquitted all the four accused, including Bengal-born Aseemanand, in the Samjhauta Express blast that killed 68 people, mostly Pakistanis, in 2007.

The BJP described the verdict as “historic”, against the backdrop of the description of the carnage as “saffron terror” as the accused are Hindu. Pakistan decried the verdict.

Questions also began to be raised whether the National Investigation Agency had diluted the probe.

The blast in the India-Pakistan train took place near Panipat in Haryana on February 18, 2007, when it was on its way to Attari in Amritsar, the last station on the Indian side.

Aseemanand, a saffron-clad preacher, was born in Bengal’s Hooghly district and worked with the Vanvasi Kalyan Ashram in Purulia and Bankura. He is known for his anti-minority speeches.

Aseemanand had been accused of providing logistical support to those who carried out the blast. He was out on bail, while the three others who faced trial are in judicial custody.

In March 2017, the NIA had absolved him in the Ajmer blast case.

NIA special judge Jagdeep Singh on Wednesday dismissed the plea filed by a Pakistani woman for examining some eyewitnesses from her country, Malhotra said.

Haryana police had registered a case but the probe was handed over to the NIA in July 2010. The NIA filed a chargesheet in June 2011 against eight persons. Of the eight, the four faced trial.

Sunil Joshi, the alleged mastermind, was shot dead near his home in Madhya Pradesh’s Dewas district in December 2007.

The three other accused — Ramchandra Kalsangra, Sandeep Dange and Amit — could not be arrested and were declared proclaimed offenders.

A former Intelligence Bureau director said the verdict was a big setback for the federal terror agency.

“So, no one killed 68 people and they died on their own. It’s so unfortunate that evidence changes with the change in government. It speaks volumes about our criminal justice system. Who do we trust?” he told this newspaper.