From trailers and teasers to new film announcements, here’s a quick recap of the week that was for the South film industries 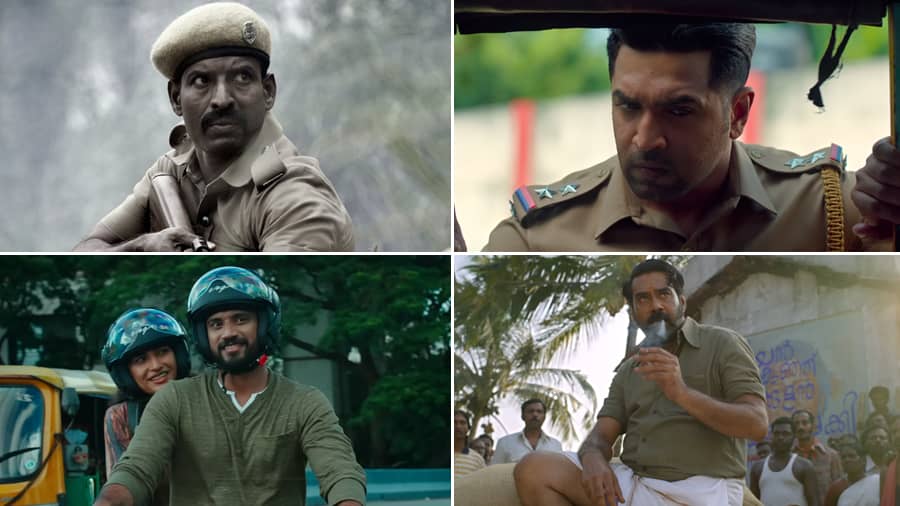 Last week was a busy time for Tamil, Kannada, Telugu and Malayalam film industries. Other than the trailers and first-look teasers of big-banner films like Nivin Pauly’s Padavettu, Selvaraghavan’s Bakasuran and Silambarasan TR’s Vendhu Thanindhathu Kaadu, there have been other developments that kept social media abuzz over the weekend.

Here’s a recap of all the important happenings down South and a list of much-anticipated projects.

Muzik 247 has dropped the trailer of its upcoming action thriller Sinam. After the success of Kuttram 23 and TamilRockerz, actor Arun Vijay dons the police uniform once again in Sinam.

Sinam will hit the theatres on September 16.

MRT Music has shared the trailer of its upcoming romantic fantasy film Luckyman, which is a Kannada remake of the Tamil movie Oh My Kadavule (2020). Luckyman stars Darling Krishna, Sangeetha Sringeri, Roshni Prakash and the late Puneeth Rajkumar.

The film, helmed by S Nagendra Prasad, also features Nagabhushana, Arya, Sundar Raj, Sadhu Kokila and Rangayana Raghu. One of the main attractions of this movie is a special song appearance by Prabhu Deva.

Luckyman is slated to hit the theatres on September 9.

Helmed by Krish Jagarlamudi, the action entertainer also stars Niddhi Agerwal in a lead role. The short video opens up with a slow-motion visual of the fights, with MM Keeravaani’s powerful music playing in the background.

Oru Thekkan Thallu Case will be released on September 8.

Udhayanidhi Stalin’s Red Giant Movies has dropped new posters of Vetrimaaran’s upcoming film Vidhuthalai on the director’s birthday, announcing that the film will be released in two parts.

Starring Vijay Sethupathi as a teacher and Soori as a cop, the movie is expected to hit the theatres by the end of this year. The film also features Bhavani Sre, Prakash Raj, Gautham Vasudev Menon, Rajeev Menon and Chethan. Legendary music director Isaignani Ilaiyaraaja has composed music for the movie.