They made "Visual effects the butt of a joke" during a ceremony that celebrates the work of "talented artists": VES 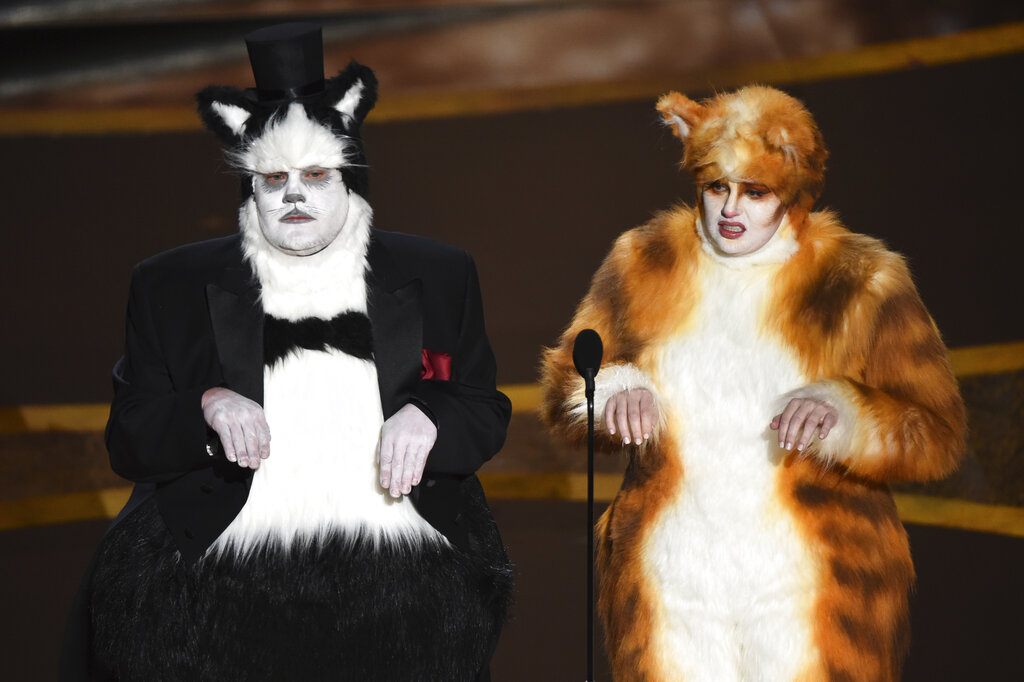 The Visual Effects Society (VES) is upset with James Corden and Rebel Wilson's act during the Oscars where they made fun of the CGI effects in 'Cats'.

At the Sunday's ceremony, the two actors came onstage dressed in their 'Cats' costumes to present the award for best visual effects.

'As castmembers of the motion picture 'Cats', nobody more than us understands the importance of good visual effects,' Corden and Wilson said together that evoked laughter among the audience.

But the joke has not gone down well with the Visual Effects Society that has over 4,000 members who belong to the technical field of filmmaking.

'Last night, in presenting the Academy Award for Outstanding Visual Effects, the producers chose to make visual effects the punchline, and suggested that bad VFX were to blame for the poor performance of the movie CATS.

'The best visual effects in the world will not compensate for a story told badly,' the film body said in a statement posted on their official website.

The VES lamented that the award organisers made 'visual effects the butt of a joke' during a ceremony that celebrates the work of 'talented artists'.

'Our artists, technicians and innovators deserve respect for their remarkable contributions to filmed entertainment, and should not be presented as the all-too-convenient scapegoat in service for a laugh,' it added.

Concluding the statement, the body hoped that the Academy will properly honour the 'craft of visual effects and all of the crafts, including cinematography and film editing because we all deserve it'.