Unhinged, broken and lost, the documentary spans six years and before you wonder, it ends on a promising note 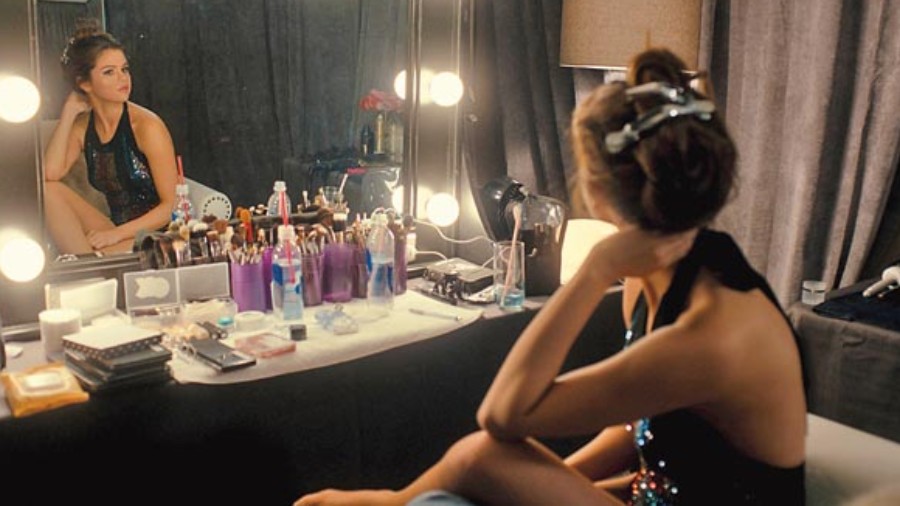 Remember those old television sets with knobs that needed to be turned to change channels? Selena Gomez’s life got stuck between channels, filling her mind with noise and unsteadiness. Nobody saw it coming, her anxiety, depression and ultimately a bipolar disorder diagnosis. Yet, there she was, a young girl in her 20s with the pop music world at her command, fighting demons that gave her one mountain after another. “Why me?” she must have asked herself but ultimately these battles have made her one of the most admired youth icons of our times. The journey, in all its shades, is captured on a new documentary — Selena Gomez: My Mind & Me, directed by Alek Keshishian — that’s set to stream on Apple TV+ on November 4.

Unhinged, broken and lost, the documentary spans six years and before you wonder, it ends on a promising note. “I’m at peace. I’m angry. I’m sad. I’m confident. I’m full of doubt. I am a work in progress. I am enough. I am Selena,” says the singer after taking viewers through her journey that one can only hope to avoid in real life.

‘I thought my life was over’

Keshishian, who is also known as the person behind the iconic 1991 documentary Madonna: Truth or Dare, uses a unique tool to make the narrative flow. On the one hand are unfiltered footage of Gomez, filled with self-doubt, going through the motions, on the other are black-and-white sequences where words from the singer’s personal journals fill the screen, like “My thoughts take over my mind often. It hurts when I think about my past. I want to know how to breathe again. Do I love myself? How do I learn how to breathe my own breath?”

That something was amiss was quite evident when her Revival Tour in support of her 2015 album had to be cancelled after 55 performances. Tabloids were quick with unkind explanations, ranging from drug abuse to Justin Bieber, with the former being a lie while the latter turned out to be blot, a dark patch that was always in the background. Early signs of mental health issues are difficult to spot and when it snowballs, the situation goes out of hand.

At one point we hear a young Gomez finding it difficult to choose costumes for her live shows: “I want to have the body to wear it proudly,” the camera captures her saying. “It just sucks. It looks so bad. I have no idea what the f**k I am doing. I get the voice that comes in my head that says you missed it. That sucks. The pressure is just overwhelming because I wanna do the best I can.”

Luckily for Gomez, she has always been blessed with a supportive circle of friends and her family members have stood by her, especially her cousin Priscilla.

Her former assistant Theresa tells viewers that there was a time when looking into her eyes all one could see was pitch black darkness; nothing was there.

The world gets to know of her lupus diagnosis and then she undergoes a kidney transplant. In 2019, she found out that she had bipolar disorder. “I am going to be honest. I didn’t want to go to a mental hospital. But I didn’t want to be trapped in myself, in my mind anymore. I thought my life was over and it was going to be forever,” she tells the camera.

‘I was terrified of thunderstorms’

She didn’t know how to cope with her diagnosis. What if it happened again? What if the next time she didn’t come back? “I needed to keep learning about it. I needed to take it day by day,” she says.

This is where the documentary turns to her childhood in Texas. “When I was a kid, I was terrified of thunderstorms. I was so scared that lightning and thunder would mean a tornado was coming. Then my mom gave me this book that explained lightning and thunder. Basically, she said the more you learn of it, the less you will be scared of it. It really helped,” she says.

Similarly, she tried to learn about everything that was wrong with her mental health. It was a period in her life when she could reconnect with the people from her childhood. Viewers see her having shaved ice and treats at Tastee-Ice with her cousin, meeting old neighbours and friends. “Every time I have come home, I have gone to the places that I remember because I don’t want to lose that part of me.”

For Gomez, her friends are very important to her well-being, which was under stress once Covid-19 cut people off from their families and friends. She was angry. She was scared. Ultimately, she managed to learn how to deal with her fears.

Keshishian’s camera is like a fly on the wall capturing every moment but, at the same time, he ensures that the documentary doesn’t border on sensationalism. Selena Gomez: My Mind & Me doesn’t sweep the unknowns of life under a rug; instead it focuses on two things that matter to Gomez and viewers — life and loving one’s life.

Selena Gomez: My Mind & Me is streaming on Apple TV+