Tanaav, Everything Calls for Salvation, Section 8 and Cobra: New trailers and teasers 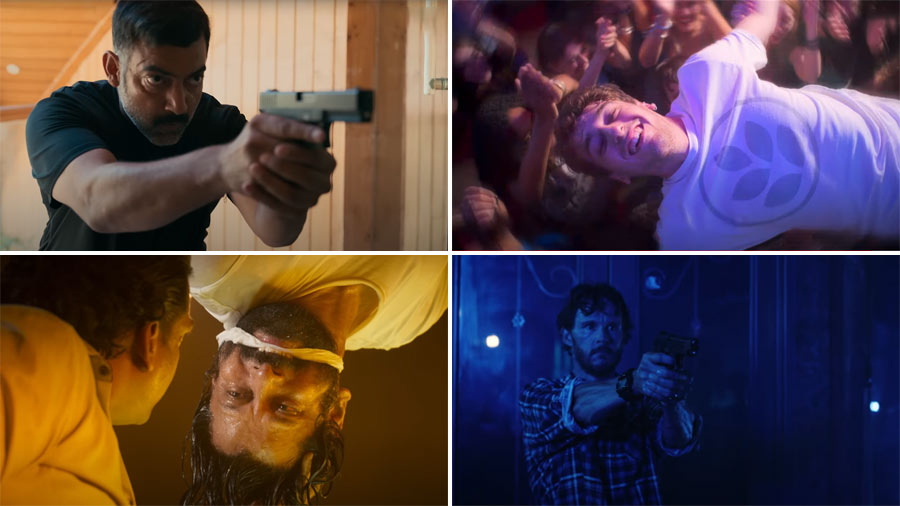 The one-minute-18-second-long teaser begins with a blast triggered by a suicide bomber in a crowded cafe, and then takes us to the stories of growing insurgency in Kashmir. The video gives a sneak peek into the tense political drama with deaths, bloodbath and volatile situations in the valley.

Veteran director Sudhir Mishra is the showrunner for the series, while Serious Men director Sachin Mamta Krishn helms the episodes.

Everything Calls for Salvation

Netflix has dropped the teaser of their upcoming Italian original series Everything Calls for Salvation. The series is loosely based on an acclaimed novel of the same name by Daniele Mencarelli.

The one-minute-long teaser strives to draw attention to the vulnerability of Italy’s psychologically vulnerable youngsters. The youngsters struggle for survival as they battle severe mental health challenges and other obstacles. In the teaser, Federico Cesari portrays the role of Daniele, who is subjected to compulsory treatment in isolation.

The official synopsis of the series reads, “Seven episodes, one for each of the seven days of TSO (Compulsory Health Treatment) to which Daniele is subjected. A week of isolation from the rest of the world, here he will find himself facing his most hidden fears and delving into himself in a path of acceptance that will lead him to forge the strongest, most sincere and true bonds of his life.”

Directed by Francesco Bruni, Everything Calls for Salvation will arrive on Netflix on October 14.

The two-minute-32-second-long trailer introduces Vikram’s character as Cobra, a genius mathematician, who will be seen executing crimes using his intelligence. The action-packed clip emphasises Cobra’s revenge saga and past life. It also briefly touches upon the main character’s mental health. The trailer gives us a glimpse of Vikram’s seven different looks in the film.

The film will hit theatres on August 31.

AMC shared the official trailer of their upcoming action film Section 8, starring True Blood actor Ryan Kwanten in the lead role. The film is helmed by Christian Sesma, who previously directed action films such as The Night Crew and Every Last One of Them. Dolph Lundgren and Scott Adkins play important roles in the upcoming film.

The one-minute-55-second-long trailer shows former special forces soldier Jake (Kwanten) being freed from prison by an elite hit squad so he can plan an attack. However, Jake realises that the targets are innocent people and tries to stop the hit squad from executing their plan.

Section 8 will release in theatres on September 23.