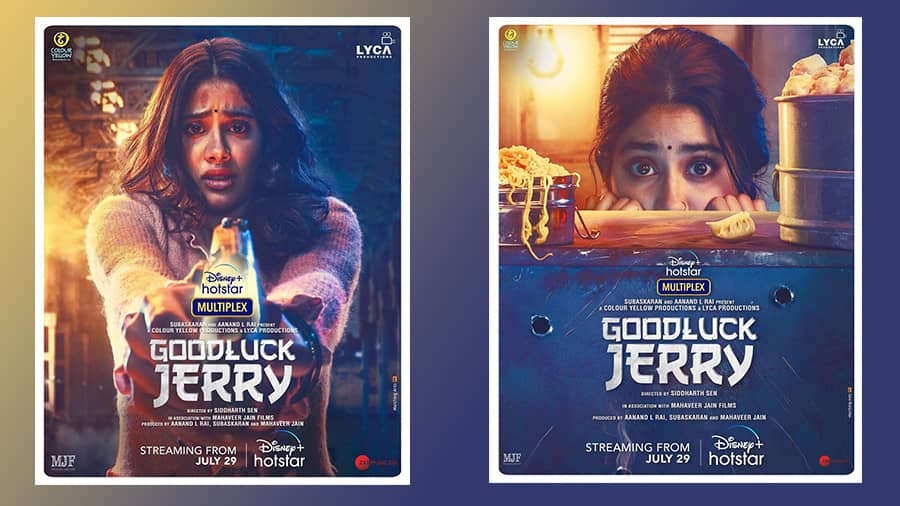 Janhvi Kapoor is gearing up for her upcoming film, Good Luck Jerry. The actress recently revealed the first images from her new film, which will premiere on Disney+ Hotstar on July 29.

The Roohi actor shared the new posters of her film Good Luck Jerry on Instagram on Friday.

Last year, the actress showcased her first look from the film. This is the post we're talking about, in case you missed it.

Set in Punjab, the film has been produced by filmmaker Aanand L Rai’s Colour Yellow Productions and has been directed by Sidharth Sengupta and written by Pankaj Matta.

Janhvi Kapoor's next films include comedy drama Dostana 2, which was originally set to star Kartik Aaryan. The new cast for the film has not been announced yet. She will also be seen in Mili and Bawaal, in which she will be seen opposite Varun Dhawan.

The 25-year-old actress was last seen in the horror-comedy Roohi, with Rajkummar Rao and Varun Sharma. The actress, who made her Bollywood debut with the 2018 film Dhadak, opposite Ishaan Khatter, has featured in films like Netflix's Ghost Stories and Gunjan Saxena: The Kargil Girl.

Disney+ Hotstar has also shared the poster of Good Luck Jerry, where the film will be available to stream from July 29.