An earnest Tom Hanks masters the angry seas in the war film, Greyhound

The 64-year-old easily slips into the role of Krause, in an Apple TV+ movie based on C.S. Forester's 1955 novel 'The Good Shepherd' 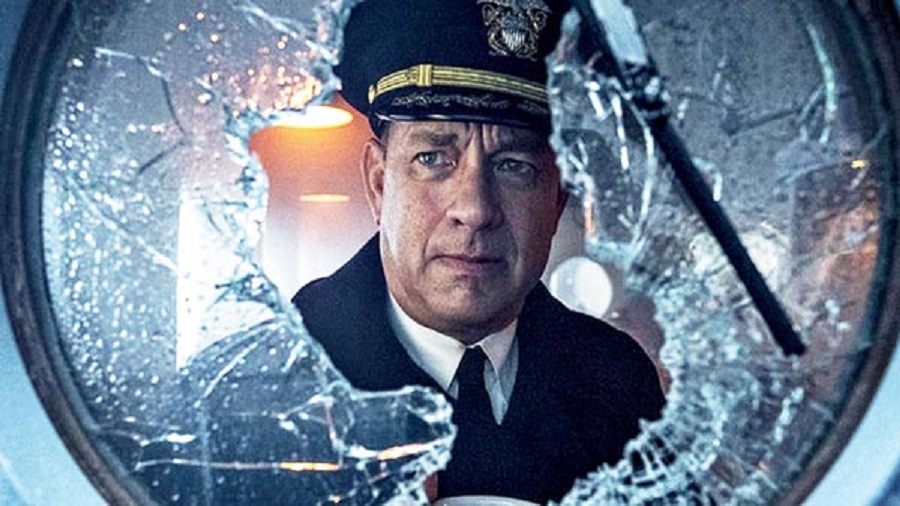 When C.S. Forester wrote The Good Shepherd, a novel set against the World War II, he made his readers aware of the worries going through the mind of a lonely man with a resolute exterior. Captain Ernest Krause is a man who is aware of his place in the pecking order — the captain of a ship also has someone to report to — but at the same time, he understands that the people he commands are human.

Nobody else can play his character better on screen than Tom Hanks, who easily slips into the role of Krause in Greyhound, based on the 1955 novel. The 64-year-old has been the captain of several roles — Captain Jim Lovell in Apollo 13, Captain Richard Phillips in Captain Phillips, Captain Chesley “Sully” Sullenberger in Sully and, of course, Captain Miller in Saving Private Ryan. Yet again, he has managed to capture the essence of a story full of tension like no other.

Set over 48 nerve-wracking hours — but played out over a mere 90 minutes — during the Battle of the Atlantic, Krause holds the command of a destroyer with the call sign ‘Greyhound’, which is tasked with protecting vital supply convoys travelling from the US to Britain. His enemies are the rough seas and, of course, countless Nazi U-boats that are difficult to spot. By the time the US entered the war in 1941, the Allied forces were already vulnerable, while protection from airborne forces was limited.

Making Krause vulnerable is the fact that he has already been passed over for peacetime promotion and his relationship (a cameo from Elisabeth Shue) has become as formal as his way of speaking with juniors. Here was a man on his first big engagement, hoping that his long years of training would pay off.

There is very little in way of historical sound bites. We hear a few stirring words from Winston Churchill and Franklin D. Roosevelt that fade into the destroyer USS Keeling (call sign ‘Greyhound’). Tension and mountainous seas grip the viewer immediately.

Director Aaron Schneider keeps the action moving between beautifully mounted shots of an angry sea — most of the times made unbearable by U-boats — and the command room on the Greyhound where the only consistency is Krause’s stoic face and a chain of commands — directing the ship starboard or port — that we have heard so much in classic war movies.

Where Greyhound wins viewers over is in the use of exact details, remaining true to the novel. The screenplay — by Tom Hanks himself — is tight, making only one character have more than one dimension. The others are voices over intercoms and brief meetings. The only German voice we hear is that of a submarine commander (voiced by Thomas Kretschmann) over the radio: “We hear the screams of your comrades.” The element of psychological warfare is kept restricted to a few dialogues.

It’s a pity that a film with the heart of a classic war film has to be seen on a streaming service. The booming seas and the sinking of a few U-boats need to be experienced on the big screen. It’s equally true that the film is a big win for Apple TV+ on which you can stream it. Though you can watch the film on any TV or device, most of the world will end up watching it on their iPads, which luckily offers excellent sound and comes with a top-of-the-line display.

As for Tom Hanks, he is just perfect. As always, he obediently performs the job he undertakes. He always manages to sparkle with his cool, calculating dialogues. Tom Hanks is a man of precision, the precision seen in one of the objects central to his life — the typewriter. Captain Ernest Krause gives commands. Hanks delivers with real motivation, making us believe in humankind, in the fact that he is one of us.