A high score in the Graduate Aptitude Test in Engineering can help gain admission to premier higher education institutes in India and abroad, say Prasun Chaudhuri and Sharmistha Ghosal 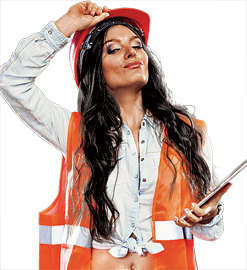 Even though the official placement season is yet to begin at graduate engineering colleges, it's been raining pre-placement offers (PPOs) in Jadavpur University (JU). This is the season when big national and multinational companies competing for talent identify bright students early and lock them in with PPOs.

However, if you step into the engineering wing of the university, you won't find students celebrating their having bagged plum jobs. Instead, you may find students poring over text books even during off periods. These wannabe engineers are busy preparing for the Graduate Aptitude Test in Engineering (GATE), an all-India exam to test the understanding of the basics in engineering and technology, scheduled to be held on January 30 next year.

Tejojyoti Biswas, a final-year student of electronics and telecommunications engineering, for example, has been preparing for the exam, even though he has a PPO from a big IT company. He says, "GATE is of utmost importance to me as I wish to pursue an MTech at IIT-Bombay. Besides, unless you have a decent GATE score you can't prove your mettle as an engineer."

This test has become a sine qua non for engineers in India. As more and more studies show hardly a quarter of graduate engineers in India have the basic skills for bagging a job, a high GATE score is being used for admissions to premier higher education institutes and jobs in top public sector units (PSUs) in the country.

What is more, this year even some foreign universities like the Nanyang Technological University in Singapore and some technical universities in Germany such as Aachen University have been identifying the GATE score to judge the quality of Indian candidates for admission to their master's and PhD programmes. Some institutes even consider GATE a test on a par with the Graduation Record Examination (GRE), a standardized test that is an admissions requirement for most graduate schools in the United States.

Says Niladri Chakraborty, professor, power engineering, JU, "Not only do PSUs recruit engineers based on their GATE score but this is also required to enhance your research prospects and fetch you scholarships in India and for studying abroad." "Even many top private companies prefer GATE-qualified candidates as the score is considered a valid accreditation. As the test is conducted by the Indian Institute of Science and the Indian Institutes of Technology, the benchmark is quite high," says Nitin Rakesh Prasad, co-founder of The Gate Academy, an institute that trains students for the exam.

GATE also offers a bright student an opportunity of "course correction" if he fails to do well in the joint entrance exams (JEE) while getting into a graduate engineering course. Explains Manas Sanyal, professor, Indian Institute of Engineering Science and Technology (IIEST), Shibpur, "There are many cases in which students who didn't get a good rank in JEE have been forced to opt for an average college or an odd stream of engineering. For instance, I know a student who studied mechanical engineering at IIT Kanpur even though his dream was to pursue computer science at IIT Bombay. After he cracked GATE with a top score, he was able to get into MTech in the stream of his choice with a scholarship."

Vivekananda Haldar is pursuing a PhD in electrical power systems after he bagged a good score in GATE. He says, "This test is a must if a student wants to pursue higher studies in an elite institute in India."

As the GATE score has gained wider acceptance across the country and even abroad, the number of candidates appearing for the exam has crossed 10 lakh. Says Prasad of The Gate Academy, "Since the competition is quite tough the exam is not a cakewalk unless your basic engineering concepts are good. It requires a lot of dedication and diligence."

According to him, the numbers are rising because many working professionals appear for GATE to improve their career prospects. "Enthusiastic professionals often resign from their jobs to prepare for the exam."

He advises engineering students to start early - from the third year of the engineering graduate course. Says Chakraborty of JU, "Though it's a 100-mark test and the syllabus is not very different from that of a graduate course, it's extremely tough to crack because it requires in-depth knowledge and understanding of a subject."

Dipayan Ghatak, a third-year computer science student at IIEST, has started preparing for GATE quite early. He says, "Since the GATE format has multiple choice questions, you need extreme speed and accuracy. Besides, you are marked negative for mistakes. But if you have your concepts clear, it is a cakewalk."