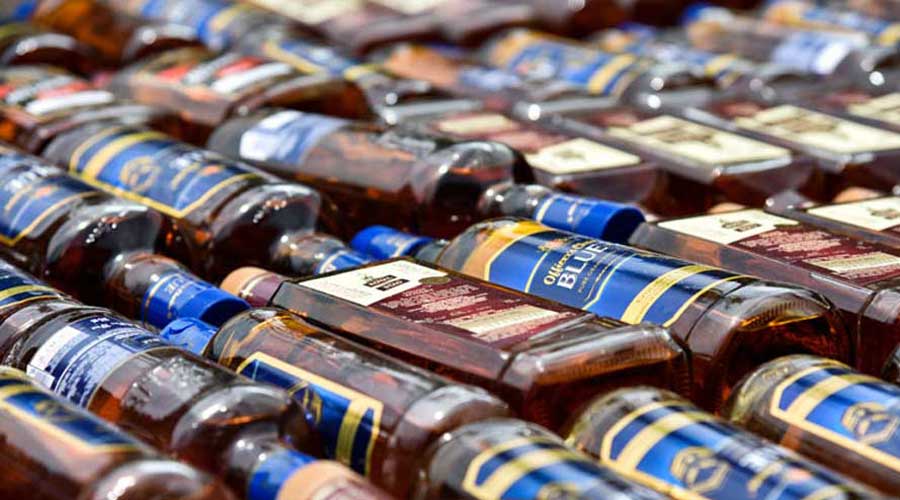 Sources said a group of people led by Biswajit Ghosh had been illegally selling liquor at Debinagar in Saha’s ward.
Shutterstock
Kousik Sen   |   Raiganj   |   Published 05.06.21, 02:26 AM

A Trinamul Congress councillor at Raiganj municipality was allegedly assaulted by a BJP leader and his associates on Thursday evening for protesting against illegal sale of liquor.

Sources said a group of people led by Ghosh had been illegally selling liquor at Debinagar in Saha’s ward.

“Youths from other areas would swarm Debinagar to drink alcohol. There would be brawls among drunkards daily. Yesterday evening, I went there and asked Ghosh and others to stop the liquor sale. He took out a firearm and hit me on the head with its butt. His sidekicks roughed me up and snatched my gold chain,” said Saha.

Saha called up Prasenjit Sarkar, the Trinamul councillor of the neighbouring ward, for help. Sarkar rushed in with Trinamul supporters, prompting the BJP leader and the associates to escape from the spot.

“A police complaint has been filed. All of them should be arrested. We will never allow such practices at any locality of the town,” said Sarkar.

Basudeb Sarkar, the North Dinajpur district president of the BJP, said: “As Trinamul lost the Raiganj Assembly seat, the party has become vindictive and started implicating our leaders and workers in false cases. The BJP has nothing to do with the liquor sale and the attack on the councillor.”

Based on Saha’s complaint, Raiganj police registered a case.

“No arrests have been made so far. Our officers are collecting details,” said a police officer.