Durga puja celebrations should not inconvenience anyone: Mamata Banerjee

CM had last year unveiled around 100 mandaps in the city 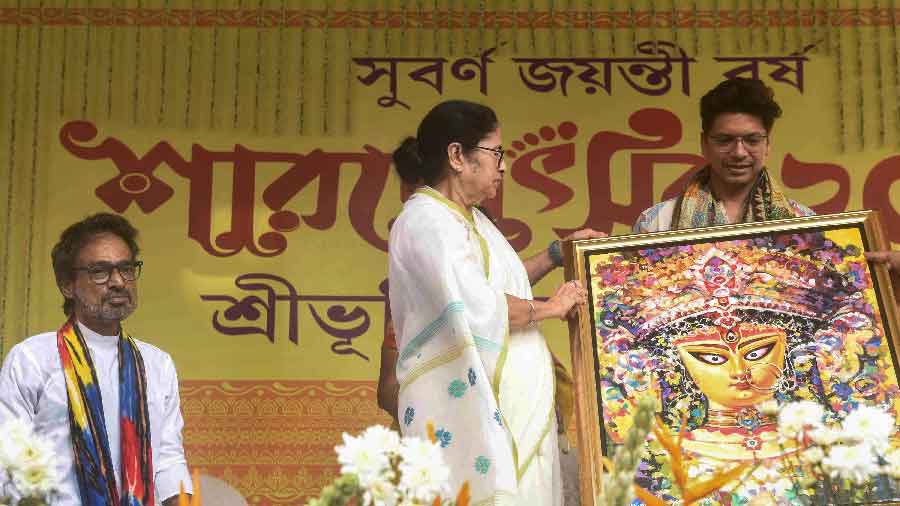 West Bengal Chief Minister Mamata Banerjee on Thursday said Durga Puja committees in the state must take measures to ensure that pedestrian and vehicular traffic movement are regulated well without anyone having to encounter much hassle.

Inaugurating Sribhumi Sporting club puja in Lake Town area, along VIP road, the CM told her ministerial colleague Sujit Bose that she won't hesitate to act if the crowd-puller pandal inconveniences common people be it revelers or airport-borne public.

"Puja committees must ensure that vehicular and pedestrian movements do not face too many obstructions or hassles," the CM said.

Last year, curtains had to be drawn on Sribhumi puja on the day of Astami, as the place went choc-a-bloc for days with revelers from far and wide turning up to take a look at the Burj Khalifa-themed Durga puja marquee.

"I will be monitoring the situation from home. Hence, my action will be prompt and swift. Being the minister, I am sure you will certainly see to it that celebrations don't inconvenience other people," the CM told Bose, as the fire minister nodded in agreement.

Mamata, accompanied by Bose, then left for Salt Lake, where she inaugurated Salt Lake FD block Durga puja pandal. That was followed by Tala Park Pratyay, another award-winning puja in the city.

The CM had last year unveiled around 100 puja pandals in the city.