Runway operations would be stopped between April 11 and April 25 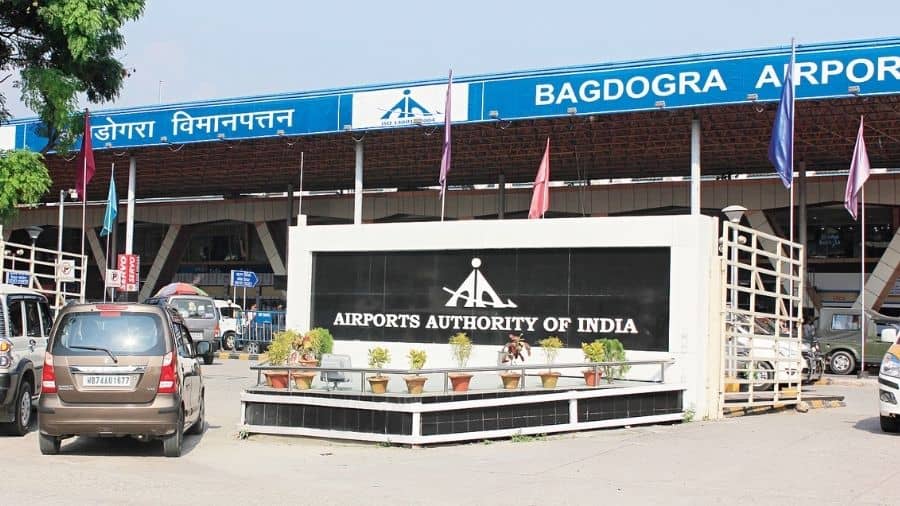 Flight traffic in Bagdogra airport, the second major airport in Bengal and the sole commercial airport in the northern parts of the state, is likely to be suspended for a fortnight in April this year for resurfacing the solitary runway.

A senior official of the Indian Air Force (IAF) has sent a letter to the executive director (operations) of the Airports Authority of India (AAI), mentioning that the runway would be completely closed for operations from April 11 to April 25 “to undertake resurfacing of the final layer of the flexible portion of the runway”.

The airport in Bagdogra is a civil enclave where the runway and the air traffic control are managed by the IAF.

“The runway resurfacing work has been going on for quite some time in Bagdogra, which is why flight operations are allowed only from 8am to 5pm. But this time, the IAF has mentioned a complete closure of the runway, which means there will be no flight operations. The information has been passed to all airlines as well as to the state government and to the Darjeeling district administration,” said a source in AAI.

Around 30 flights land and take off from Bagdogra daily, ferrying 7,000 to 8,000 passengers.
In the communication, the IAF has said that from April 26, the runway will be open for flights from 8am to 5pm till the completion of the work.

Tourism stakeholders, hit by a wave of cancellations in the past fortnight because of the Covid surge, have pointed out that the closure phase clashes with the busy summer season.

“We are eagerly waiting for the upcoming summer season with the hope that the pandemic’s effect will decline by then. Now, if flights do not operate for a fortnight in April, it will affect the inflow of tourists. But we realise that such maintenance is necessary, and we are keeping our fingers crossed that everything will be fine,” said a travel house owner in Siliguri.

The two nearest airports are Pakyong in Sikkim (115km away) and Rupsi near Dhubri in Assam (220km from here).

A transporter based in the city said they would have to explore other options. “We will have to provide alternative travel options to the tourists. We have to tell them to travel by trains or buses, or take a flight to any of these two airports or defer their trip if they want to land in Bagdogra,” he said.