During the interaction, the Prime Minister said sportspersons never give up and are always hopeful 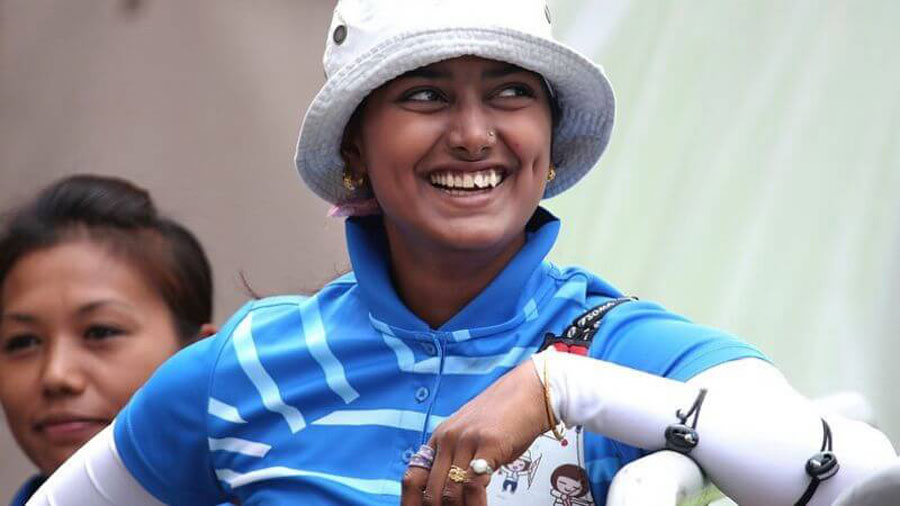 During his breakfast session with the Indian Olympic contingent on August 17, Prime Minister Narendra Modi enjoyed churma with gold medallist Neeraj Chopra and treated PV Sindhu to some ice-cream. But there was a lot more that happened during the interaction.

PM Modi had some words of encouragement for star archer Deepika Kumari and her husband Atanu Das, which formed the highlight of the session. He also motivated other Olympians who failed to make a mark, but performed exceedingly well at the Games.

While interacting with Deepika Kumari, the PM was courteous enough to hold the microphone for the star archer.

Deepika: This was my third Olympics, and sorry I disappointed.
PM:  Arrey kya sorry. (Sorry for what?)

Deepika: Sir, umeed nahi chhori hai maine (I haven't given up yet). And I'm still confident.
PM: Sportspersons never give up, they're always hopeful.

The microphone was then handed over to Atanu Das, who is Deepika's husband, and an integral part of the national archery set-up.

Atanu: Meeting you is always a huge motivation. I want to say that I love my sport, and winning and losing is part of the journey. Jab tak rahega, tab tak khelte rahenge.
PM: This is the spirit we want!

In her conversation with the PM, Deepika also said, "We were all training together for months outside India and there was a lot of team bonding, too. There was a lot of learning for each one of us as we met a lot of new people as well."

To gold medallist Chopra, Modi said, "You don't let victory get to your head and you don't let defeat affect your mind."

Bhawani Devi, who was the first fencer to represent India at the Games, also got a pat on the back from Modi.

"Your contribution is that you have inspired young generation of the country to take up this sport," he said.

PM praised boxing legend Mary Kom as well. When Kom apologised for returning without a medal, he said, "Wins and losses are part of life. You have contributed in a big way in the world of sports, especially in India. It is because of you that women sportswomen have grabbed the spotlight now. The last decade has been in your fists, so you have achieved a lot."

Here's a clip of the interaction between Modi and the Olympians.

The members of the India men's hockey team that won a bronze after 41 also chatted with the PM, who was seen examining a hockey stick. Also, present was the wrestling contingent, which returned from the Olympics with two medals. Ravi Dahiya won a silver and Bajrang Punia a bronze medal. Vinesh Phogat who has been suspended by the WFI for indiscipline was also present along with young Anshu Malik, Seema Bisla and coach Jagmander Singh.

The other medallist included weightlifter Mirabai Chanu, who opened India's account at the Games on the first day competitions with a silver medal and bronze winning boxer Lovlina Borgohain. The women's hockey team that exceeded all expectation by reaching its maiden Olympic semifinal was also present alongside the boxing, shooting and athletics contingents.

Here's the entire video of the breakfast session: