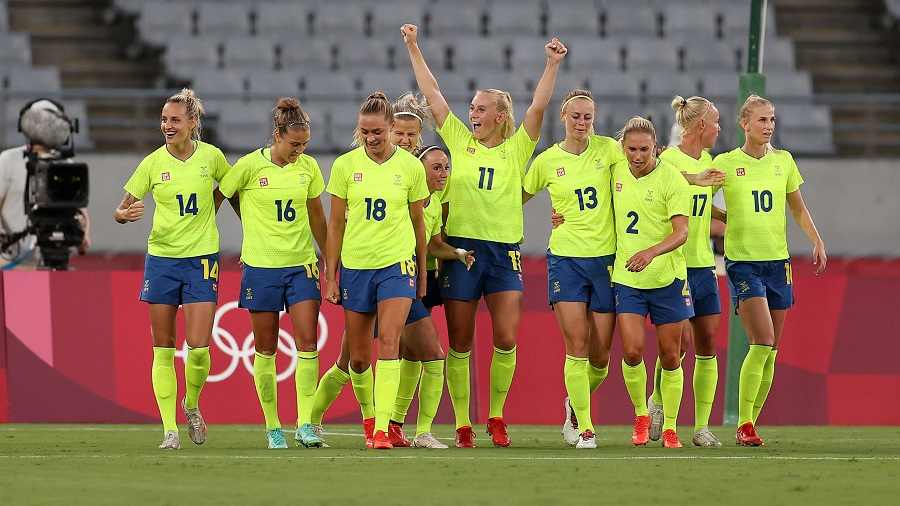 Five years. That is how long it had waited for this game.

Five years since the US women’s soccer team’s hopes for an Olympic gold medal at the 2016 Rio Games were dashed by Sweden. Five years since a defeat that forced the Americans to look in the mirror and ask hard questions about their age, dominance and future.

Five years of waiting, only to end up right back in the same place.

The United States opened the Tokyo Olympics on Wednesday exactly where it ended the Rio Games five years earlier: reeling from a humbling, embarrassing defeat to Sweden. Back then, it was a loss on penalties in the quarterfinals. This time, it was not nearly as close: Sweden dominated the United States, 3-0. Back then, Sweden had bunkered down and frustrated the Americans. On Wednesday, it simply dominated from one side of the field to the other.

“Did we expect this result tonight? No,” U.S. forward Megan Rapinoe said. “It’s frustrating, and it’s frustrating that it’s Sweden.”

“I don’t remember the last time we gave up a goal,” she added. “So to give up three is not great.”

Defender Kelley O’Hara acknowledged before the game that she and her teammates had been pining for another shot at the Swedes at the Games. “It’s what we’ve waited now five years for, to be back here,” she said.

They just never expected it to go like this.

Striker Stina Blackstenius delivered a goal in each half for Sweden, a glancing header in the 25th minute and a point-blank finish in the 54th that felt like a just reward for a dominant performance at the tip of a Sweden attack that had the Americans on their heels almost as soon as the game began.

The United States tried everything to turn the tide. Positional tweaks to try to aid a midfield that was routinely overrun. Substitutions to refashion a largely toothless attack. Reinforcements to bolster a defense that was first stretched and then cut apart.

Even the most reliable of veterans brought on to help seemed to have little effect. Carli Lloyd and Julie Ertz — in her first appearance in months — came on at halftime, but Sweden soon doubled its lead. Rapinoe was inserted to offer a bit of menace on the wing but it never materialized.

Even the departure — mercifully, in the Americans’ view — of Blackstenius in the 64th minute wasn’t a balm. Her replacement, Lina Hurtig, merely picked up where Blackstenius left off by rising for an open header and turning it into Sweden’s third goal eight minutes after coming on.

The defeat was the Americans’ first in 24 games under coach Vlatko Andonovski, and their first against any opponent since a loss to France in January 2019. It will force them to scramble to recover in the sprint that is the Olympic tournament: Games against New Zealand (on Saturday) and Australia (on Tuesday) will arrive in quick succession in the first round, and tougher opponents like Britain, Brazil and the Netherlands could await in the medal round.

“You drop points in the beginning of a tournament, you’re in do-or-die mode,” Rapinoe said.

But first, the Americans will have to sort out just what went wrong at Tokyo Stadium.

Perhaps defeat should not have been a complete surprise. Sweden is no stranger to the United States — the teams’ meeting Wednesday was their 10th in a major championship, including games in the last five World Cups — and Sweden could have been forgiven a bit of confidence after it turned in a strong performance in April against the United States in a 1-1 tie in Stockholm.

That game seemed, at the time, a rare misstep for a U.S. team for which losing is anathema. Until Wednesday, the tie in Stockholm had been the only blemish on the Americans’ record under Andonovski (22-0-1).

Wednesday’s result was a much stronger statement, the kind of one-sided performance that the United States is more used to dishing out than swallowing. And it will raise hard questions about Andonovski’s reliance on an aging core — every forward on the U.S. roster is over 30 — and on his commitment to past results as an indicator of future performance.

While the Olympics were delayed a year because of the pandemic, the U.S. roster is relatively unchanged since the 2019 Women’s World Cup. It includes not only its veteran front line but also question marks like Ertz, whose appearance was her first on any team in months after a leg injury this year, and Tobin Heath, who is only recently back from an injury of her own.

“I don’t judge the players by their age,” Andonovski said when he picked his Olympic roster. “They are either good, perform well and can help us win, or they can’t.”

He knows that dismissing his team as a gold medal favorite off a single performance would be a mistake. Seventeen of the players seeking gold in Japan, for example, were on the team that lifted the World Cup in France two years ago. A handful have gold medals from previous Games. Now, though, they will have to summon the kind of grit that delivered those prizes if they are to claim another one, and do it in the crucible of a scorching Japanese summer and the compressed Olympic schedule.

On Wednesday, at least, a few of the most experienced players were preaching patience.

Defender Becky Sauerbrunn, whose night went worse than most, sounded ready to move on from it quickly, even as she acknowledged that the tournament — at least from a U.S. perspective — had now changed.