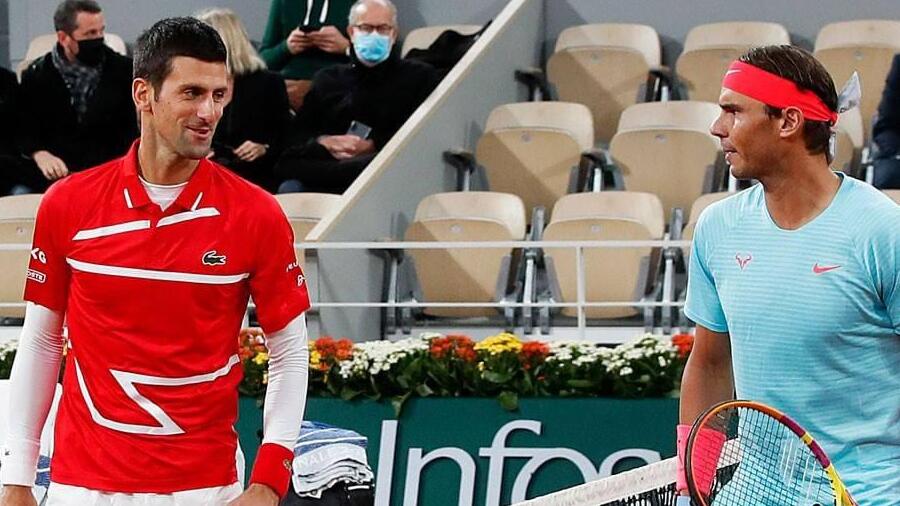 Rafael Nadal hammered Dutch 26th seed Botic van de Zandschulp 6-3, 6-2, 6-4 in the French Open third round on Friday to remain on course for a potential mouth-watering showdown against world No.1 Novak Djokovic in the quarter finals.

Nadal has 13 Roland Garros titles among his 21 majors — the highest among men — but the Spaniard was denied last year when he went down in the semi-finals to eventual champion Djokovic.

Around the same time on nearby Court Philippe Chatrier, the Serb also put on a prolific display to book his spot in the fourth round with a 6-3, 6-3, 6-2 win over Slovenia’s Aljaz Bedene to stay in the hunt for a record-equalling 21st major.

While Djokovic will next meet Argentine Diego Schwartzman, Nadal will take on Canadian ninth seed Felix Auger-Aliassime before their potential clash in the last eight.

“It’s not possible to play perfectly but to strive to play close to perfection,” Djokovic said in an on-court interview. “I want to play my characteristic game. It is not always possible but today (Friday) it was very good.”

Stefanos Tsitsipas was again made to work hard for victory, the Greek fourth seed overcoming Czech qualifier Zdenek Kolar 6-3, 7-6(8), 6-7(3), 7-6(7) in a marathon match. Two days after the 23-year-old Tsitsipas came from two sets down to beat Italian Lorenzo Musetti, there was another nail-biter for the 2021 finalist.

Teenager Coco Gauff downed veteran Kaia Kanepi in a clash of the generations to reach the fourth round with a 6-3, 6-4 victory.