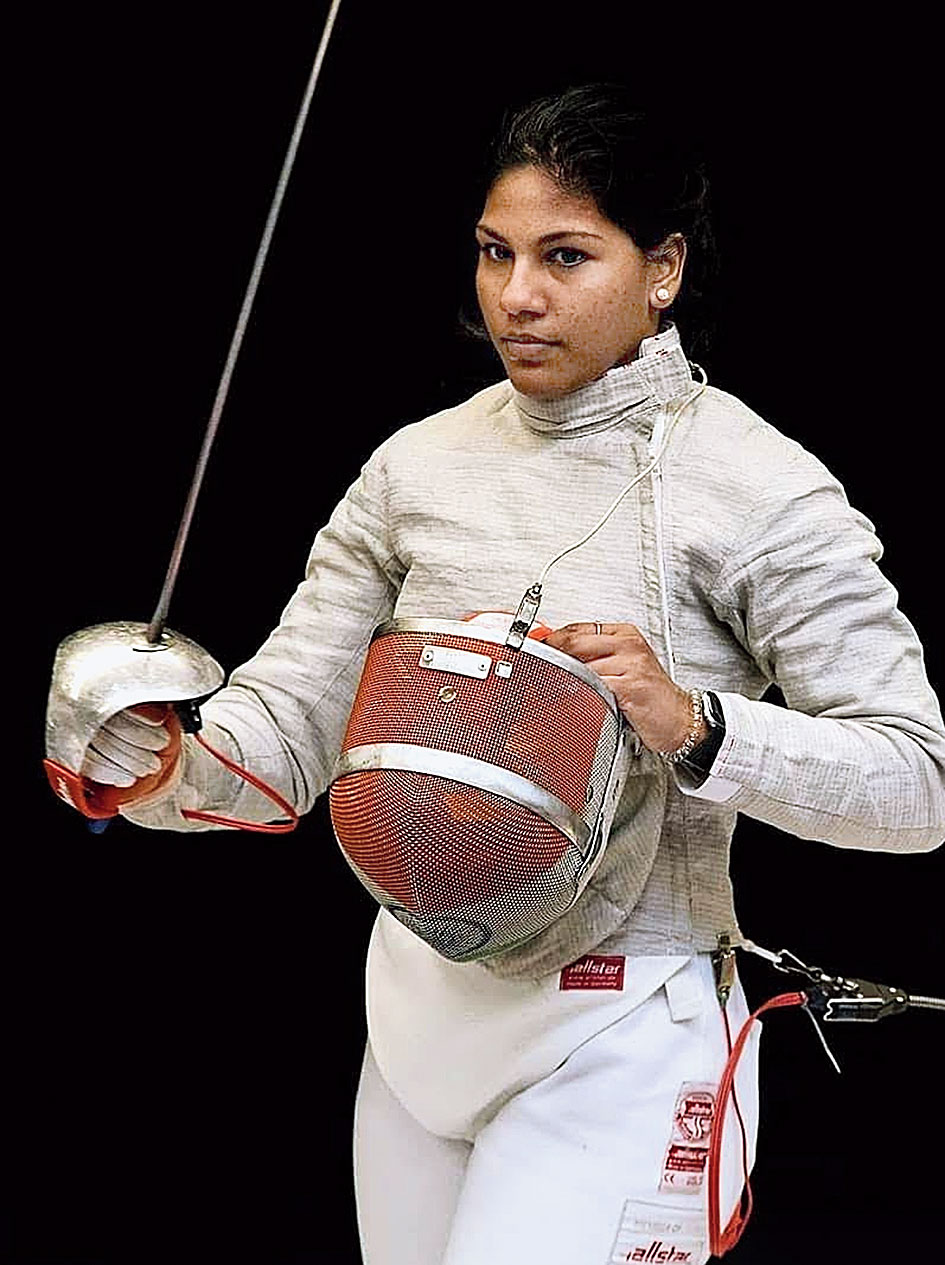 Bhavani Devi is on the threshold of realising her dream — of becoming the first Indian fencer to qualify for the Olympics. Her first test comes over Friday and Saturday when India’s No. 1 fencer participates in the Coupe du Monde (World Cup) in Athens.

“I am practising hard and will give my best shot in these two competitions (the second is in late March in Belgium). Qualifying for the Olympics is my dream and if I earn the berth for the Tokyo Games, it would be the greatest thing in my life,” Bhavani, who participates in the sabre category, told The Telegraph from Livorno in Italy on Tuesday.

Qualifying for Tokyo would be a big thing for the fencer. After she failed to earn a berth in 2015 for the Rio Games, the 26-year-old had thought of quitting the game. “Yes, I thought of leaving it altogether. I was that disappointed. And then GoSports Foundation selected me under the Rahul Dravid Athlete Mentorship Programme and it helped me immensely,” she said.

Qualifying for the Olympics is a tedious process in sabre where there are 34 slots up for grabs. Of those, 24 will be through team rankings, six through adjusted official rankings (AOR) and four through continental qualifiers.

As of now, Bhavani is poised to qualify through the Adjusted Official Ranking based on the standings which will be released in the first week of April. That’s irrespective of whether Japan send their team in sabre or not. Being the hosts, Japan are eligible to send eight fencers across three categories (epee, foil and sabre).

Only a disastrous couple of tournaments combined with some great performances by her nearest rivals can see Bhavani slip out of the qualification through AOR and fight for a one final qualification slot at the continental qualifiers scheduled to be held in Seoul on April 15-16.

According to Bhavani, coach Nicola Zanotti, who was at the helm of the Italy national team in three Olympics, has helped in improving her game.

“Nicola and I have been working for the last few years and the relationship was great from the very first day. He understands me well and I also understand what he wants from me.”

Bhavani fell for fencing when she was in the sixth standard. “I just love this sport. And my parents helped me pursue it. Without them I would not have been able to continue,” she said.

Italy has been hit by the coronavirus but Bhavani has words of relief. “So far there is no case in and around Livorno and so it’s not affecting my training. But I hope this dangerous virus ends soon.”

After the two events this month, her advisors want Bhavani to shift to some other country. But as of now Bhavani and Zanotti are not that keen.