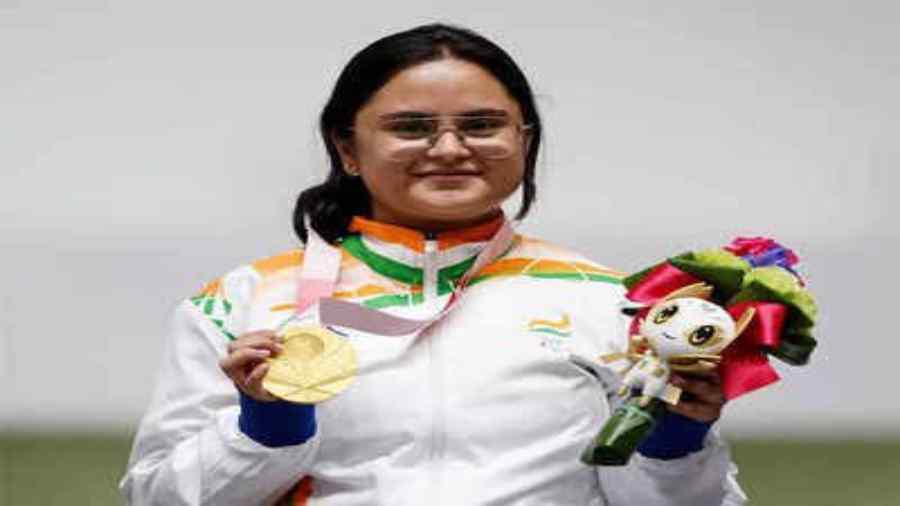 Everyone knows Avani Lekhara by now. After all, she is the first para-shooter to clinch a gold medal, and also the first Indian woman to win a gold at the Paralympic Games. With a world record equalling total of 249.6, Avani is only the fourth Indian athlete to win a Paralympics yellow metal after swimmer Murlikant Petkar, javelin thrower Devendra Jhajharia and high jumper Mariyappan Thangavelu.

But there's a lot more to the 19-year-old's journey.

Avani had finished fourth in the last world championship in 2019. On her way to the gold medal, she edged out 2016 Rio Games gold-medallist Cuiping Zhangh and world number one Iryna Shchetnik, who had to settle for a bronze. This is Lakhera's first major international medal. Ranked fifth in the world, she consistently shot 10s in both the competition stages.

Starting off with the rifle

Lakhara was encouraged by her father, and initially tried both shooting and archery. She eventually chose shooting as her primary sport. The turning point in her career came when she read 2008 Olympic gold medallist Abhinav Bindra's book. In 2015, she took baby steps into the world of shooting at the Jagatpura Sports Complex in Jaipur. After two years of unflinching dedication, she made her debut for India in the 2017 World Cup in UAE.

Avani wins 🥇 in her debut #Paralympics

What an amazing performance by @AvaniLekhara as she wins

Gold it is! Brilliant display by @AvaniLekhara to win India its first Paralympic gold medal in shooting. Immensely proud ! Many Congratulations on your shot at history ! #Praise4Para #Tokyo2020

The 2008 gold medallist also wrote a letter to Avani. He said, "To reach the top after recovering from massive physical setbacks suffered as a 10-year-old due to no fault of yours, shows the kind of mental resilience, courage and focus your possess. A medal cannot come close to measuring the impact of what you have accomplished at such a young age."

At the age of 11, Avani met a horrific car accident back in 2012. Although her life was saved, she lost the strength of her legs due to a severe damage to her spinal cord. Due to this reason, she is wheelchair-bound.

According to reports, Avani is studying law at a university in Jaipur. Her father, Praveen Lakhera, is an RAS officer in the revenue department and is based in Sri Ganganagar. According to Firstpost, her hobbies include "music, watching films, cooking, baking and spending time with her family."

From fury to Para gold

"Prior to the accident she was very active and had participated in every activity but the accident changed her life," Praveen Lekhara told PTI. "She was angry at her condition and hardly had a desire to talk to anyone. For a change, I used to take her to JDA shooting range in Jagatpura, Jaipur where she developed interest in shooting," he added. Paralysed waist down, those visits to the shooting range worked wonders as Lekhara started to get attracted to the sport and she found a purpose in life.

Her connection with her equipment

“It seems very homely when I lift a rifle. I feel a connection towards it. When you have to focus and the consistency, that’s what I like about shooting,” she was quoted as saying by Scroll.in. So how did it feel like when she fired for the first time? “Summer vacations 2015, my father took me to the shooting range. I shot some shots and they were pretty okay. So I just started as a hobby, and here I am,” she said.