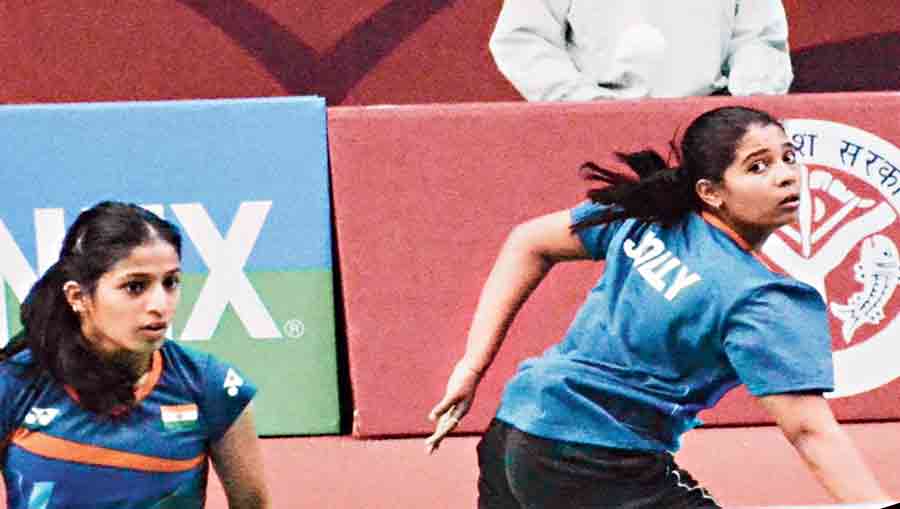 The Indian women’s doubles pair of Treesa Jolly and Gayatri Gopichand on Friday recorded the biggest win of their career to join men’s singles shuttler Lakshya Sen in the semi-finals of the All England Championships here.

Playing their first Super 1000 event, Treesa and Gayatri, world No. 46, notched up a stunning 14-21, 22-20, 21-15 win over world championship silver medallists and second seeds Lee Sohee and Shin Seungchan of Korea.

World Championships bronze medallist Sen had earlier in the day advanced to the men’s singles semi-finals after his opponent Lu Guang Zu of China gave a walkover due to an injury suffered in the last match.

The 20-year-old from Almora, who had secured his maiden Super 500 title at India Open in January and then claimed a runner-up finish at the German Open last week, will face the winner of the match between Malaysia’s sixth seed Lee Zii Jia and Japan’s second seed Kento Momota in the last four round.

It was a creditable performance from Treesa and Gayatri, who had started playing together only last year. The duo will cross swords with China’s Zhang Shu Xian and Zheng Yu in the semi-finals.

“We didn’t have pressure, that was the main thing. They are good attacking players and we didn’t play that much but we gave our best,” Treesa said about their clash against the world No. 2 Korean pair.

Gayatri, who is the daughter of India’s chief national coach Pullela Gopichand, said they just tried to give a good fight. “We just tried to give our best. We lost the first game and were down 18-20 in the second game but I just thought we just have to fight,” said Gayatri, who, along with Treesa, won their first title together at Infosys Foundation India International challenge.

Asked about their maiden semi-final appearance at such a big stage, Gayatri said: “Definitely, there will be expectations but we don’t feel that pressure, we just have to give our best. We want to win it for our country.”