The glass is empty

The Thin Edge: Alcohol has become a political football 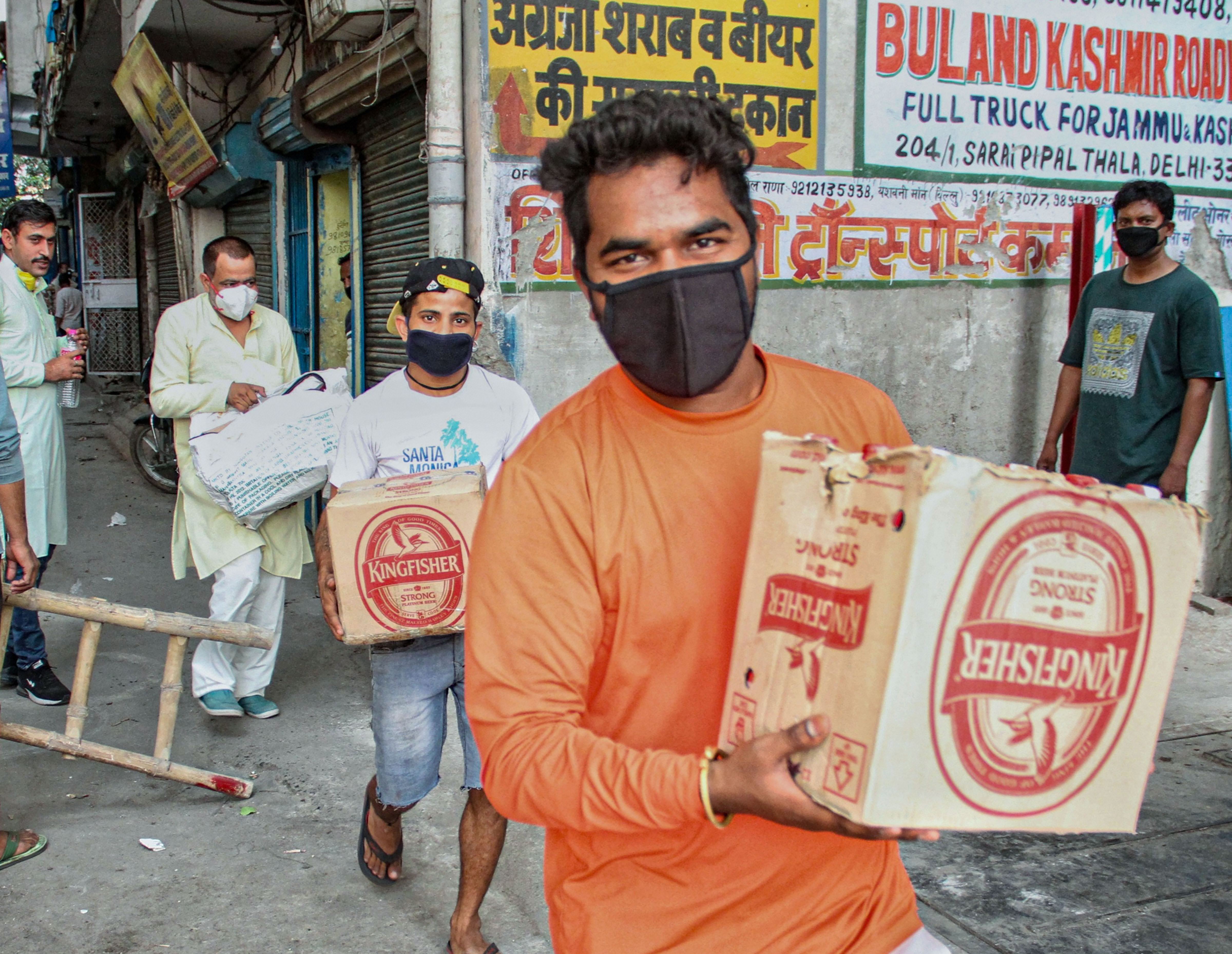 Sometimes, observing the sideshows thrown up by a major crisis reveals a lot about the chief figures who feature in the situation and the forces at play. While the ongoing tragedy of the gross cruelty meted out to migrant workers, the health system cock-ups, and the nautankis of thaali-beating, candle-lighting and petal-bombings by helicopters occupied our attention, an absurd sub-drama was also unfolding in Calcutta (and probably in other cities). Some people had read the portents correctly and gone and purchased larger-than-normal stocks of alcohol in the days before Mr Modi’s ‘Janata Curfew’ on March 22. Others were caught completely off-guard when, on March 24, the prime minister announced a 21-day lockdown in four hours’ time.

Across the next five weeks, the stocks began to run out among people of my acquaintance, first for the ones without a minimum stockpile and, then, even for those who had what the Pakistani army likes to call “strategic depth” in their liquor cupboards. Everyone began to ration their intake. Some people began to locate those miniature bottles they had brought back from abroad years ago and kept for decoration, cracking open the exotic araks and liqueurs (“you know, this limoncello goes quite well with beyl juice!”). One friend, sheltering in New Town, described how his host’s various experiments with brewing home-made beers and wines were now proving to be life-savers — “ektu weird khetey, kintu bhaalo!” All sorts of people began to call up likely sources they hadn’t met in years to revive the friendships. At some point, after the lockdown was extended for a further two weeks, alleged bootleggers’ phone numbers began to make the rounds; these were followed after a while with stories about how those poor entrepreneurs of the unlicensed economy had, to a man, switched off their phones — ‘They are out of stock! They have no access to the ports and airport!’ A friend called up his usual delivery contact in the local liquor store — “Sir! What can I tell you? Even the officer from the excise department is calling me to ask if I can get a couple of bottles out of the dukaan. He says he will send a police car to pick up. I said unless you also send me an official requisition letter the answer is no.”

Various creativities and generosities yielded different prizes for people: a bottle of rum here, an almost full bottle of vodka there, three bottles of expired beer elsewhere and so on. But over all, the mood among alcohol imbibers — from the middle class to the wealthy — was grim by the end of April. Around this time began the cat and mouse game between the Centre and the state and between fact and fiction. WhatsApp messages announced impending relief — the shops are opening day after, home delivery is allowed! Some carried a news report from a TV channel saying the okay had been given in Bengal. Others countered this — no, the police have nixed this, they can’t handle the law and order problem! Yet more counters — no, no, not the police, New Delhi has warned the WB government against opening the liquor stores! Other projections — arre, it’s the Centre trying to squeeze the Opposition states because it knows how much revenue alcohol will yield — aar ora eder ke tight ditey chaay!

We could see from the news reports that other states, too, were chomping at the bit, wanting to open the liquor stores, or opening them and then shutting them when the Centre officialdom abreacted. Finally, when the stores did open across the country, the repercussions were varied. There were mini-riots and lathi charges in Delhi, after which the shops were shut before being opened again, but with a 70 per cent price hike; Karnataka apparently sold Rs 45 crore worth of booze on the first day according to some reports; Tamil Nadu reportedly allowed sales everywhere except in Chennai. In Calcutta, people lined up, keeping an orderly distance, patrolled by the firm but sympathetic KP gendarmerie... only to find that permission hadn’t come through that day. In the meantime, the new WB alcohol price-list began to make the WhatsApp rounds: a 30 to 40 per cent hike on the price of all brands, the cold clink of a covert Covid cess cubed into your cocktail. When the sales did begin, the state government’s assurance that it would encourage home delivery proved to be wishful thinking. Most shops didn’t have the manpower or the willingness. The state’s e-commerce website was stuck in mud, with designated shops feeling free to add huge delivery-charge mark-ups on top of the new price hike and that too to orders they couldn’t deliver.

The questions beg themselves. Why weren’t liquor shops kept open, or at least opened up after the first three weeks of the lockdown? Who benefited from the manufactured scarcity and the ensuing mobbing of outlets? Recommendations from experts have been in place for over a decade that consumption of healthier lighter beverages such as wine and beer (‘normal’ beer, as in non-fortified by extra alcohol) should be made cheaper and all hard liquor made much more expensive. Why haven’t these suggestions been followed? If there is violent or reprehensible alcohol-fuelled behaviour, surely it’s the behaviour that should be policed and not the alcohol? The challenge is to educate youngsters of all economic levels about drinking practices, just as we try to educate them about healthy eating, about sex and sexuality, about the crucial importance of the environment and about civic behaviour in general.