Advertisement
Home / Opinion / Nothing lasts for forever, unless they're McDonald’s fries

Nothing lasts for forever, unless they're McDonald’s fries

A decade after the chain shut shop in Iceland, its last order in the country is yet to decay 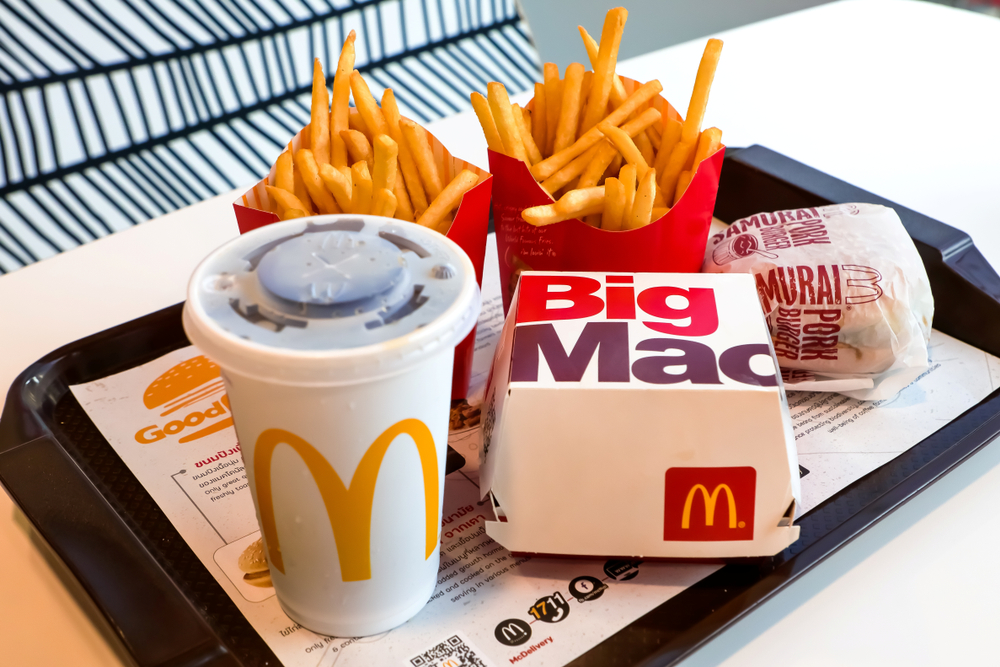 Large fast-food joints must be compelled to present proof of the ingredients they use and subjected to regular, surprise quality checks to ensure freshness of products.
Shutterstock
The Telegraph   |   Published 03.11.19, 12:01 AM

Sir — Nothing lasts forever, unless it is an order of burger and fries from McDonald’s that is. A decade after the chain shut shop in Iceland, its last order in the country is yet to decay. One shudders to think how much preservatives must have been added to the meal to have kept what is essentially bread, potatoes and meat from decaying over a decade. Although it must be acknowledged that given the right atmosphere — without moisture — food can be preserved for some time. But 10 years seem too long. Large fast-food joints must be compelled to present proof of the ingredients they use and subjected to regular, surprise quality checks to ensure freshness of products.

Sir — The economic situation in Bengal, in tune with that of the rest of the country, is declining rapidly. This has become a matter of serious concern. Well-known and trusted companies are closing their production units one by one. The latest victim is the Birbhum, Rajnagar unit of Arambagh Hatcheries Limited, which used to be counted among the leading producers of live chicken in the state.

The unit was shut down without any prior notice, leaving around 200 employees suddenly jobless. The managing director, Prasun Roy, is hopeful that the unit will be reopened when the situation improves. For this to happen there would need to be a drop in the cost of maize, the staple chicken feed, and a hike in the consumption of chicken. In the meantime, it is the duty of trade unions to stand beside the company in this difficult phase instead of harassing the management. The Central and state governments must help entrepreneurs in all possible ways.

All businessmen in India are aware that a large portion of their income has to be spent on corrupt officials and union leaders at various stages of operation in order to keep the establishment running. If a drastic change is not brought in the corrupt system, the economy of the state as well as the country will soon collapse.

Sir — In a surprise move, the Central government had allowed a delegation of 27 members from the European Union to visit Jammu and Kashmir and ascertain for themselves the condition of the people residing there since the abrogation of Article 370.

At the same time, the government must note that the abrogation of Article 370 was meant for the development of the Union territory of Jammu and Kashmir. This intention will succeed only when the residents of the area approve the abrogation in one voice. Citizens of Jammu and Kashmir as well as members of the Opposition must thus be taken into confidence by the government. This will not be easy since such an admission from the Opposition parties would perhaps give Narendra Modi an assured third term in power.

Sir — The visit by the European politicians to Kashmir could be seen as a ray of light in a bleak situation. But, in the end, it seems as if diplomatic imperatives won over moral ones. Thus it must be asked, once again, why Indian parliamentarians cannot get permission to visit an Indian state when foreigners have been allowed? The foreign visit will be used to try and camouflage the serious violations of human rights in the state. While common people of the region continue to suffer, Indians and foreigners alike are busy praising the government for their selfish ends.

In order to work for the people and do things for their benefit, those in government need to think both with their heads as well as their hearts.