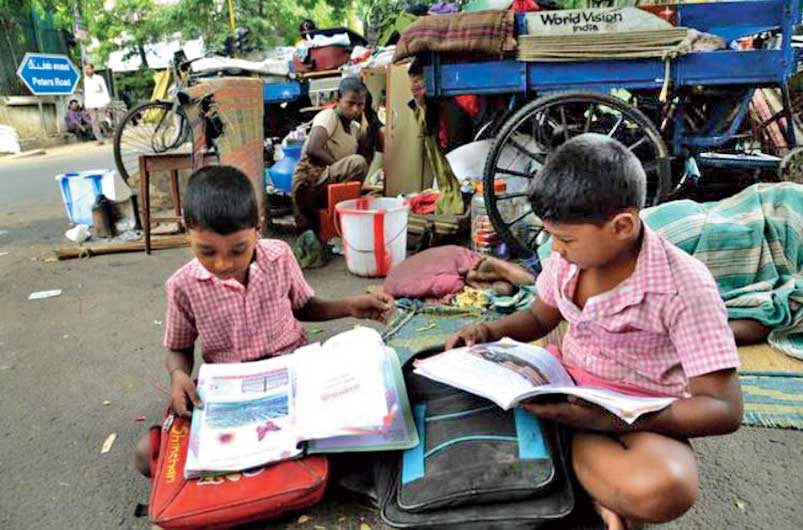 The recent estimate of GDP growth for the third quarter of 2019-20, at around 4.7 per cent, has prompted a predictable sense of gloom. However, even the 4.7 per cent estimate is deceptive, since in per-capita terms, the corresponding figure would be just above 3 per cent. This, sadly, is no more than half the growth rate of per-capita GDP that India enjoyed five years ago.

The reasons for alarm, however, go much beyond the slowdown of GDP growth. If anything, there is too much rather than too little concern with growth estimates. We have to look beyond per-capita growth to what the people of India get from economic progress — health, education, social security and other necessities of a reasonably good life. If per-capita GDP is distant from better indicators of human development (such as life expectancy, mortality rates, morbidity indicators, literacy, schooling rates), even more distant are measures such as the total size of the economy. And yet policymakers today seem obsessed with India’s becoming a 5-trillion dollar economy and with its ‘overtaking’ — in this oddly devised race — more prosperous economies with much smaller population size. Confusion in economic objectives yields confounded economic policies. From the comfort of the total size of the economy for a large nation, we have to shift our gaze to the incomes of individuals and families, and from there to the capabilities to lead good lives that people can in fact enjoy. Optimism is hard to sustain as we get closer and closer to the miserable lives that a great many Indians have to live.

Economic indicators today related to people’s living conditions are indeed depressing. For instance, real agricultural wages have barely risen in the last few years. According to National Sample Survey data, there was an unprecedented decline in per-capita consumer expenditure between 2011-12 and 2017-18 (just after demonetization), and unemployment rates have never been higher since the mid-1970s. It is hard to avoid a sense of malaise if not a crisis.

Even in terms of macroeconomic indicators, many of them have turned for the worse in recent years: the investment rate, export growth, and bank credit, among others.

All this has been widely noted and discussed. What is less well understood is that this economic slowdown has been aggravated by the resilient inertia of social policy. In the first edition of An Uncertain Glory: India and Its Contradictions, published in 2013, we argued that India’s development strategy is fundamentally flawed in so far as it overlooks the central role of human capabilities, both as valuable in themselves and as means of further progress. That basic deficiency has not been removed over the years — quite the contrary.

To illustrate, there has been no significant initiative in the field of education under the NDA government. Six years have been spent waiting for the New Education Policy, which is yet to materialize (a draft was finally released last year, from which it is hard to get much encouragement). Meanwhile, it is business as usual.

The Indian public is perhaps insufficiently aware of the pathological nature of the country’s frail and fragmented education system. According to Unesco data, the proportion of children having to study in private schools at the primary level is just 12 per cent in the world as a whole. Among those who study in private schools, many are enrolled in non-profit educational institutions run by NGOs, churches, trade unions and other civic organizations. In India, by contrast, the proportion of children studying in private schools is around 35 per cent and rising, and the bulk of private-school enrolment is in profit-oriented schools. As elementary education turns into a market commodity, and quality depends on ability to pay, the schooling system reproduces the social inequalities it is meant to reduce. Even within the government sector, there are enormous variations in the quality of education facilities, with the worst being normally reserved for the poorest families and communities. Every year, millions of underprivileged children, who have much the same abilities and potential as other children, see themselves condemned to a life of harsh labour as they leave the schooling system without the most basic educational skills. None of this, however, seems to be a subject of major concern or even of serious discussion in Parliament, the media, the courts or other public forums.

Similar things can be said about other critical fields of social policy, such as health and social security. Spending on the Central government’s flagship health programme, Ayushman Bharat (farcically called “the world’s largest government funded healthcare programme” by the finance minister two years ago) was a microscopic Rs 3,200 crore in 2019-20 — that’s less than 0.02 per cent of GDP. The neglect of primary healthcare for all is appalling. Social security is also neglected, with the Central government’s contribution to old-age pensions frozen at a measly Rs 200 per month since 2006 and maternity benefits restricted to Rs 5,000 for one child per family in violation of the National Food Security Act. Even child welfare programmes, such as school meals and the Integrated Child Development Services, are still reeling from the deep budget cuts inflicted by the Narendra Modi government’s first full-fledged budget in 2015-16. The more essential a public service, the less interest it seems to receive today. Meanwhile, the country’s attention and energies are endlessly diverted by Hindutva’s pet projects, from cow vigilantism and the abrogation of Article 370 to the Citizenship (Amendment) Act and the construction of a temple at Lord Ram’s alleged birthplace. These distractions, deplorable as they are in their own right, also exact a heavy price in the form of reduced engagement with economic and social issues.

Alas, the prospects for the future have also been damaged by another recent setback — the retreat of democracy. ‘Retreat’ is a mild term in a situation where all democratic institutions are under attack and the most elementary democratic norms are being undermined — starting with the freedom of expression and dissent. The government is actively promoting a dangerous notion of good citizenship aligned to blind obedience to the State. Criticism of the government is increasingly seen as ‘anti-national’, and discouraged in every possible way. Anyone who speaks out against the government is at risk of being harassed in one way or another: NGOs may lose their FCRA, media agencies may be deprived of advertisement revenue, political leaders risk a tax raid, and poor people can simply be beaten up — or worse — for speaking up. Even mild criticisms of the government on social media can lead to sedition charges, a colonial relic in the Indian Penal Code. These tactics have huge chilling effects, as more and more citizens and institutions are anxious not to get on the wrong side of the government.

Along with the general weakening of democratic freedoms goes the championing of Hindu sectarian pursuits in the political arena, so there is a simultaneous weakening of democracy and India’s long commitment to secularism. What is no less disturbing is that resistance to these attacks on democracy and secularism has often been hard to present. Editors who defy State pressure to print strongly critical headlines, vice-chancellors who defend their students’ right to protest, judges who try to be fair without favouring governmental points of view, often face — direct or indirect — punishment from the ‘authorities’. There have still been defiant voices and dissents, and they have been very encouraging from the suppressed public, but there is room for many more.

In this respect, the recent nonviolent protests against the Citizenship (Amendment) Act and the National Register of Citizens are a tremendous source of inspiration and hope. The sit-in at Shaheen Bagh in New Delhi and the peaceful demonstrations it has inspired across the country are a living expression of the constitutional values of liberty, equality and fraternity. They have forged new solidarities across old divides and unleashed an unprecedented wave of creative thinking and action around democratic ideals. It is not surprising that these protests, too, have become a target of attack. Few things are more important at this time than to defend and expand these democratic spaces.

Jean Drèze is visiting professor, department of economics, Ranchi University; Amartya Sen is professor of economics and philosophy at Harvard University. A new edition of their joint book, An Uncertain Glory: India and Its Contradictions, has just been published by Penguin