It is not the courts but the people who must restore to Indian polity its reasoned, secular character 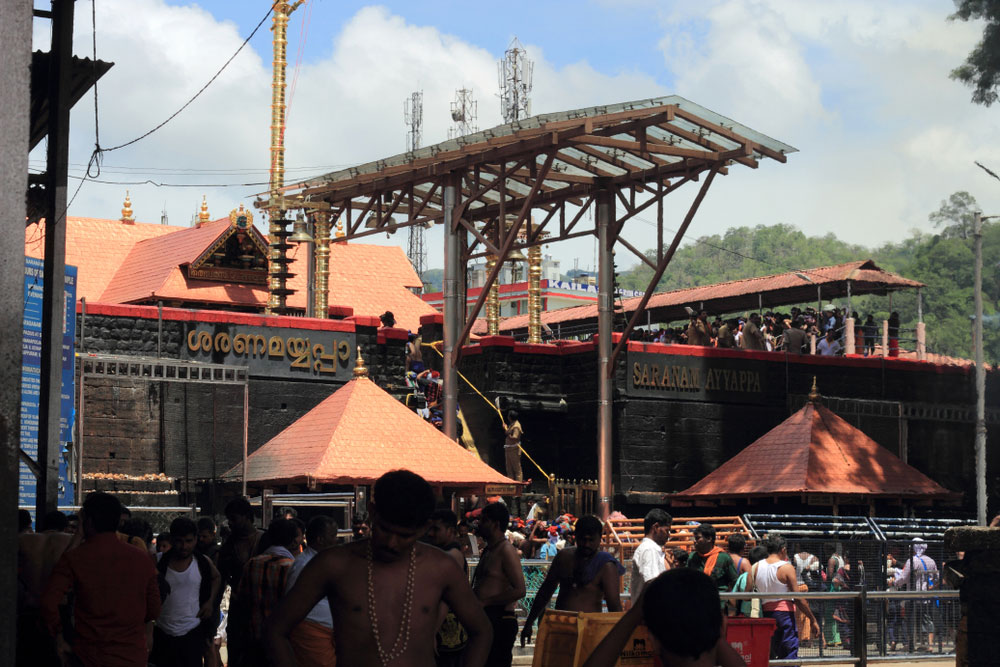 What has changed since September 2018? The question has to be asked because of the outcome of the Sabarimala temple review hearing. Or its lack. In a judgment split three to two, the Supreme Court bench sitting to hear over 60 petitions on its own 2018 Sabarimala verdict passed on the petitions to a seven-judge bench. The court had ruled in 2018 that the ban on the entry of women of menstruating age into the Ayyappa temple in Sabarimala, Kerala, was illegal and unconstitutional, and should be lifted. The two dissenting judges reportedly pointed out that the petitions have not adduced new evidence, that is, the ban on women’s entry is a part of Hindu religion, or that Ayyappa worship is of a different denomination and can claim separate conditions. But the reasons for extensive review have to be understood. The efforts of the Left Democratic Front government in Kerala to implement the 2018 verdict had been greeted with furious and prolonged mass protests. The Opposition Congress and the Bharatiya Janata Party supported the devotees, and the Lok Sabha elections presented to the LDF the political result of popular anger fanned by the Opposition.

Religion and politics have become intertwined in India, putting unprecedented pressure on the decisions of the law and the principles of the Constitution. Faith has acquired primacy through the encouragement of a certain kind of politics. The LDF government was unable to enforce the law in 2018. A seven-judge bench would carry greater weight, whatever its decision, although it is not the courts, but the people, who must put the genie of religion back into its appropriate bottle to restore to Indian polity its reasoned, secular character. The Supreme Court has added that the seven-judge bench will also examine bans on the entry of women into mosques and the issue of genital mutilation. The two dissenting judges have questioned this ‘clubbing together’ of cases pending before other benches. But the BJP, which supports women entering mosques while protesting against women entering the Ayyappa temple, must decide whether it will continue with its frankly double standards. More important now than anything else, however, is the need to articulate the relationship among constitutional principles, religious belief and practices, local traditions, governance and popular awareness. Who will start to bell the cat?