Royal weddings are designed to be surreal spectacles. But Princess Mako of Japan has shown that there can be a more meaningful, if ordinary, way to love 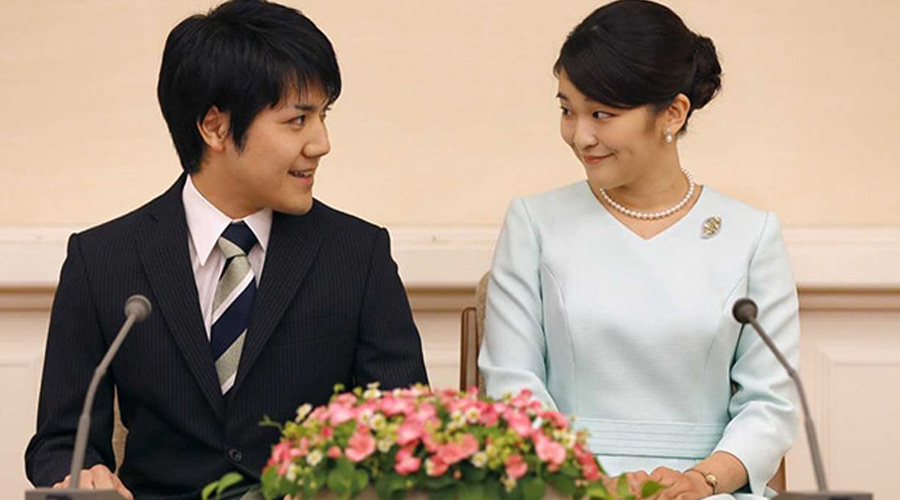 Everyone loves a wedding, but nothing rivals the fanfare generated by a royal wedding. Historically, royal marriages were matters of State, not of the heart. They were private affairs, used to cement alliances with either foreign nations or domestic noble families with an eye on perpetuating the monarchy. Royalty, today, is a relic of the past when it comes to wielding power. But royalty and its trappings have, in these modern times, been transformed into cultural capital meant to augment the hold of the State. The pomp and ceremony, thus, continue, but the patron is usually the government of the day. As usual, there is a quid pro quo. Royal weddings are designed to be surreal experiences that would help citizens forget their everyday trials and tribulations, the lapses of the State, not to mention the strain that monarchies put on the public exchequer. However, occasionally, royal weddings, while not being funereal, can be tempered in tone. Princess Mako of Japan, the emperor’s niece, has shown how. She married her college sweetheart in a quiet ceremony away from the public eye, even though this meant giving up her royal title.

Significantly, the princess’s preference for moderation, for a discernibly ordinary life, has not gone down too well. Such was the public disapproval of her abdication that during the four years of her engagement she was diagnosed with post-traumatic stress disorder owing to the excessive online trolling. This exposes an interesting fault line. The royals are often the subjects of public ridicule; yet, an attempt on their part to turn the proverbial blue blood with a tinge of the mundane red variety is received with equal displeasure. Could it then be that there remain dregs of veneration — servility? — in the public consciousness for an institution even though it is no longer potent? There is ample evidence of public support for the other stunts that have been pulled off by royal households. For instance, the Harry-Meghan wedding, which began — ironically — with a sermon on wiping out poverty, cost £20 million in terms of security arrangements alone. But the people did not mind: apparently new lines were being broken with a woman of colour marrying into the British royal household.

But some lines, especially the unbending ones held sacred by fuddy-duddy institutions, can hold firm — brutally so. The marriage of Prince Charles with Diana had been projected as an act of inclusiveness. Diana’s subsequent traumas — the result of a resounding cultural clash between hoi polloi and royalty — and Buckingham Palace’s unresponsiveness to her sufferings bear evidence that there need not be a happily-ever-after even in a carefully scripted union. The problem lies in the script. The royalty’s aversion to individual autonomy and its complicity in prioritizing the interests of the throne over rights and dignity can spell disaster for love. The wise Japanese princess, unlike Diana, had, perhaps, smelt a rat. Is it not better to taste love as a commoner than remain loveless as a royal?