Remuneration for household work could put men off even further from sharing domestic responsibilities since, according to their distorted perspective 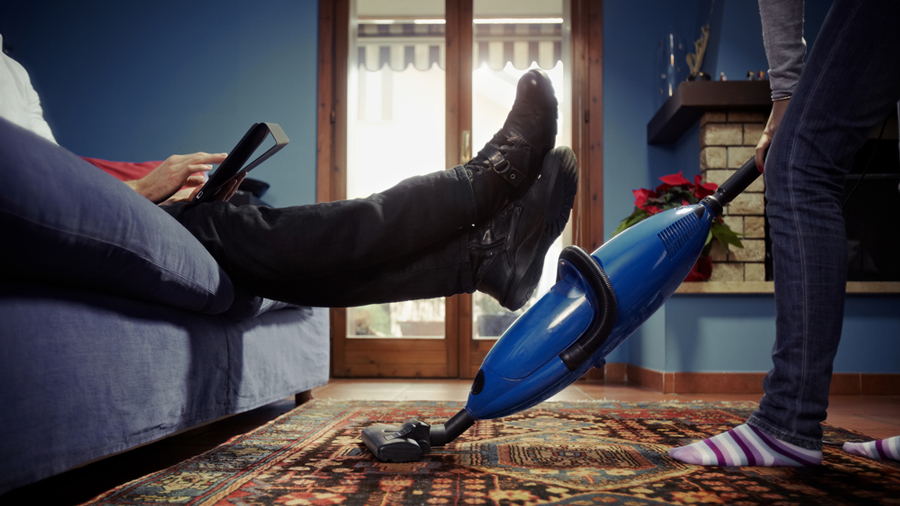 There can be no argument against recognizing that women’s domestic labour deserves compensation.
Shutterstock
The Editorial Board   |   Published 15.01.21, 12:02 AM

It has taken no less than the highest court of the land to reiterate the fact that the value of a woman’s work at home is no less than that of her office-going husband. The Supreme Court’s observation is welcome; the apex court, as is its wont, upheld the moral and constitutional principles of equality and fairness. The court’s wisdom, ironically, has also laid bare an unsavoury reality: that remuneration for domestic work performed by women remains unrecognized and, hence, unrewarded. The implications of this entrenched discrimination are appalling. Research shows that Indian women do the most unpaid care and domestic work out of any country globally, with the exception of Kazakhstan. According to data from the Organization for Economic Co-operation and Development, women in India spend 577 per cent more time in a day on invisible household work than men. Alarmingly, the Covid-19 pandemic has exacerbated these inequalities. Data from the United Nations show that with the closure of offices and educational institutions and work-from-home and online classes becoming the new normal, the burden of unpaid household work and childcare has turned even heavier for women.

There can be no argument against recognizing that women’s domestic labour deserves compensation. Yet, even in a hypothetical situation where domestic work is monetized, this kind of affirmative intervention could create a new set of challenges. Households headed by men, be it the husband or the father-in-law, are likely to view the woman as a paid employee, deepening the sense of entitlement that Indian men harbour towards women and their labour. Remuneration for household work could put men off even further from sharing domestic responsibilities since, according to their distorted perspective, women are now entitled to receive payment. Most important, this might lead to the creation of a culture where women choose or are coerced to shun employment outside the home: UN data already show that the increasing domestic burden induced by the pandemic has resulted in the loss of employment and educational opportunities for women. While the idea of compensating housework is noble, it must be accompanied by simultaneous emancipatory policies in relevant spheres. These must include the consolidation of women’s right to inherit property and reside in their marital homes safely as well as demand equal participation from their partners in parenting responsibilities. None of these issues can be viewed in isolation from the matter of recognizing the value of women’s labour at home.