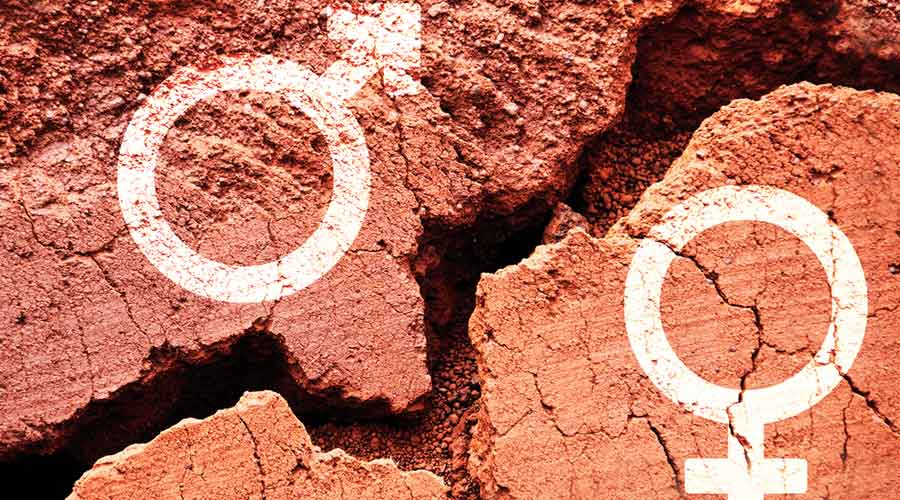 The data released by the United Nations Women and the United Nations Development Programme indicate that the Covid-19 crisis will increase the poverty rate for women and widen the gap between poor men and women.
Shutterstock
The Editorial Board   |   Published 06.09.20, 01:04 AM

A self-reliant India would naturally have women who are atmanirbhar. As the young law student from Ranchi declared after she had asserted her rights vis-à-vis the Indian Railways, the prime minister should be pleased. No doubt he is equally pleased when he hears of schoolgirls asserting their rights to study instead of getting married, alerting teachers, activists and the local administration to the danger from their own families. Yet women have been self-reliant in India since time immemorial: they could not have survived in a misogynistic society otherwise. The self-reliance may have been more emotional than economic, although that, too, is changing rapidly, and at all levels of society. The problem is that women earning outside the home are still not a large enough number and, ironically, earning women are often not independent within the boundary of their families. The institutional and cultural devaluation of their status is a barrier difficult to surmount for women trying to assert their rights from a persistently unequal ground.

Is India a mirror for much of the world in this respect? The data released by the United Nations Women and the United Nations Development Programme indicate that the Covid-19 crisis will increase the poverty rate for women and widen the gap between poor men and women. The largest percentage of the world’s poor women live in sub-Saharan Africa, and the pandemic will be rough on them, but South Asia will be experiencing the impoverishing of more women too. By 2030, for every 100 men between 25 and 34 living in poverty, there will be 129 women. Since women take on the major share of household duties and care for the old and young in the family, they tend to have less secure jobs, if at all, and are often paid less. Their jobs are 19 per cent more at risk during the pandemic than men’s. A large segment of women work in the domestic sector and food services — an International Labour Organization report says that by June 2020, 72 per cent of women domestic workers had lost their jobs worldwide because of the pandemic. Of the 96 million people being pushed into extreme poverty at this time, 47 million are women.

Women everywhere, and certainly in India, are looking at new hurdles erected by the pandemic. As it is, the lockdown has led to women having to shoulder more housework because the entire family, including schoolgoing children, has been at home. Insecurity, lost livelihoods, strained resources, fear of starvation made home-life difficult, and it is no wonder that domestic abuse has grown. There would be some hope of amelioration if restorative policies of the government pay special attention to women’s immiserization in order to close the gender gap. But history suggests that is unlikely. Indian women will have to rely even more on their own strengths to survive and win.