Virus shock, its many uncertainties 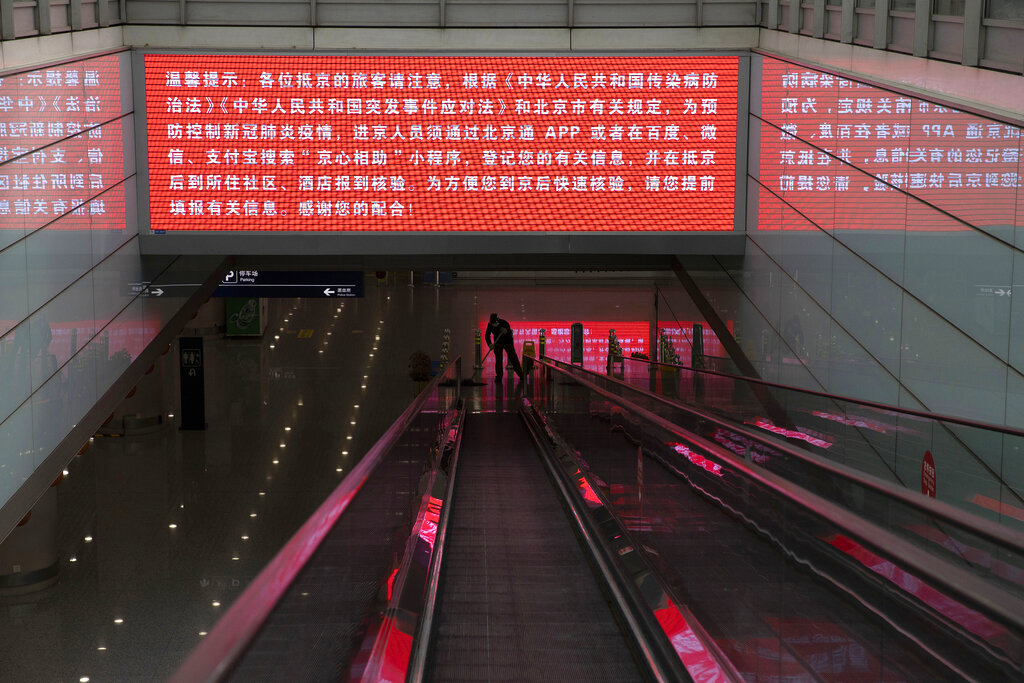 In this March 12, 2020, photo, a worker mops the area under a screening showing China's regulations related to the coronavirus outbreak at the Capital International Airport terminal 3 in Beijing.
AP
Renu Kohli   |   Published 16.03.20, 06:42 PM

The rapid progression of the Covid-19 infection from China to some, and then most, countries is an unprecedented global shock. Its full-blown eruption was characterized pandemic by the WHO last week. Markets have been tailspinning since and the virus ructions have challenged governments’ ability to retain control and stay ahead of the curve to manage the pandemic. The central response worldwide is to ‘lockdown’, quarantine and advise ‘social distancing’. It is probably the most sensible and effective response to achieve maximum health safety and save lives. The irony is that what is optimal for the pandemic is economically most damaging — lockdowns that will deliver the best outcomes will also inflict the most ruthless economic devastation. It would not be out of place to say that the better the pandemic results, the higher the economic sacrifice. Economic consequences will be disproportionately high relative to the pandemic anguish because of the core response itself. There is no choice here. That this shock strikes an already weak world economy worsens matters. It is to be hoped that the pandemic does not last long.

The Covid-19 shock is unique, with a high degree of uncertainty. It’s a deadly disease that can’t be vaccinated against; developing a vaccine could take 1.5-2 years. Addressing the challenge has, so far, been, and still is, an evolutionary process of learning from the experiences of countries that have either led or have advanced in the infection chain. The scale and intensity of the pandemic shock unfold anew at a daily level, imparting enormous uncertainty about its economic fallout. The persistence and duration of the shock are unknown, remain highly speculative, and are again driven by the leading countries’ experience. It’s also a double hit, affecting both demand and supply as many commentators have explained, underlining its severity.

Responses to the Covid-19 shock currently range from the preventive to actual addressing, from healthcare to monetary and fiscal measures. The core response is to insulate and isolate to the maximum extent possible in order to check the spread. This understanding only developed in recent weeks, observing the progression of the virus and the handling in infected countries. Lockdowns, quarantining proved effective in Wuhan, China, the place of its initial outbreak, in South Korea, and then in Italy, which was eventually forced to extend the lockdown of one region to that of the entire country.

The overwhelming critical response to stay ahead of the virus chain is, therefore, to isolate infected people, clusters, towns and cities; restrict travel to and from the ‘infected’ parts and places; prevent entry by sealing borders, minimize travel; pre-emptive closures of public recreation spaces (malls, movie theatres, beaches, squares), educational institutions (schools, colleges), and other such. This is further reinforced through communication and advice, focusing on self-enforced restraint on movements and interactions — ‘social distancing’ — besides preventive care actions such as avoiding touch, rigorous hand-washing, symptomatic reporting and testing. This is also the mechanism through which governments can stagger the impact of the pandemic strain upon health systems as much as possible. Macroeconomic policy responses have, so far, focused on monetary easing and varied and targeted fiscal support measures; these are evolving and will mature as the pandemic peaks and eventually dies out, about which there’s little clue at the moment.

Country after country have responded this way, or are fast doing so — in a partial sense, the response to counter a pandemic propagated because of being ‘connected’ is to ‘disconnect’.

The paradox is the core response, which is optimal for managing the pandemic that is economically the most debilitating; the two are inversely proportional. The lockdown responses have already brought many economic activities, such as travel, tourism, recreation, production fragmented into supply chains, to a grinding halt. Rapidly, and at an enlarging scale, more activities and countries will be drawn into the ‘lockdown’ fold through input-output linkages and through the geographical spread. As soon as a ‘cluster’ is detected, or a possibility of it forming appears, the response is to lockdown or shutdown. The worldwide and within-country chain effects and impact of such large-scale closures will severely hit business, employment, and incomes at an unprecedented magnitude. Not everyone or every activity can relocate to homes; not all firms have the capacity to withstand a prolonged hit to revenues and cash flows. These effects point to sweeping defaults, retrenchments, and closures that are simultaneous and large-scale. Consumption will severely slow down, feeding through to production; this is already happening, with companies holding back expansion plans. Investment, which globally never recovered to its pre-crisis (2008) vigour, will suffer more lasting injury as it depends upon demand, revival of which is enormously uncertain at this stage.

The eventual economic costs, short-term or more enduring, will depend upon the extent and period of the stoppages. At this point, the duration of the pandemic is indeterminate and unforeseeable. Some think this could last a quarter, seeing China’s path; but this could easily extend due to lags and interconnectedness. These unknowns make it difficult to comprehend the extent and scale of demand destruction or to measure and quantify with any accuracy. Infections in fresh or existing regions, repeat outbreaks (for example, South Korea), are surfacing each day. It also remains to be seen if output losses are temporary or permanent; that is if consumption and investment restore to previous levels or settle at a lower trend. Therefore, all growth estimates are embedded with large forecast errors: rapidly changing conditions mean fresh information and updates, frequent revisions, reassessments of beliefs, and shifts in opinion and views. The adverse effects upon growth are thus nebulous, at least until the end is in sight. Incidentally, this is a classic description of uncertainty, which is known to have significant and negative effects upon growth.

The pandemic shock also strikes in a weak economic context. The world economy as a whole has never recovered to its pre-crisis levels in a decade. All countries, including advanced ones, have struggled to restore growth and investments but have universally been unsuccessful. Secular stagnation in Western countries has persisted. Although the United States of America alone managed its longest economic expansion in history, this has also been its slowest ever; despite every policy and effort, within and outside the rule book, it has failed to push up growth beyond an average annual of 2.3 per cent. When economies are vulnerable, they have lesser resilience to weather such a severe hit as the virus shock; their ability to bounce back strongly is lower.

Expectations and predictions of the world tipping into a recession due to the Covid-19 shock are not unrealistic in this light. The distinctive nature of the shock and the response to it, unfortunately, make it so. Past epidemics in history decimated substantial populations — for example, the Bubonic plague or the Spanish flu. By comparison, and because of improvements in knowledge, understanding, communications and preventive responses, the Covid-19 pandemic may not cause as many human losses. Economic losses, however, are likely to far exceed those in the past precisely because of the response. The longer the lockdowns last, more severe the economic devastation.