Class act: The suing of Trump 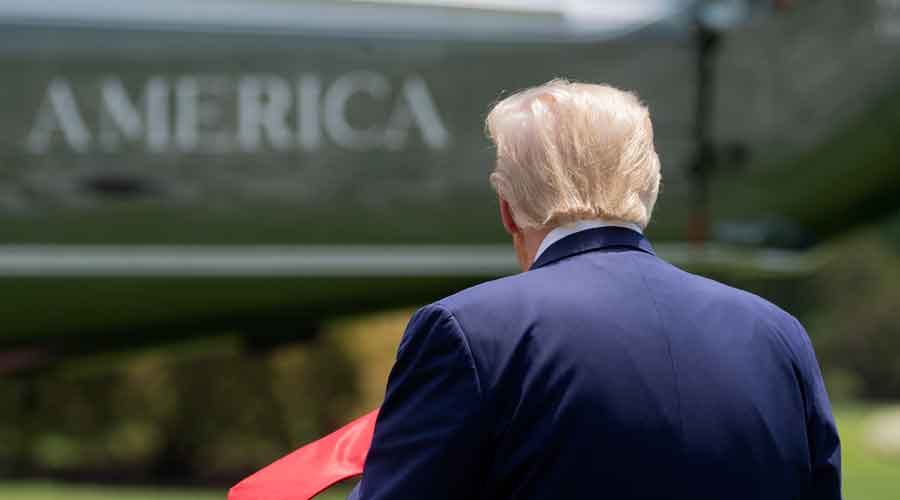 President Donald Trump walks on the South Lawn of the White House in Washington
AP file photo
The Editorial Board   |   Published 20.07.20, 12:13 AM

Resistance matters. It is a simple enough lesson, but not as simple to implement or emulate. Seventeen American states and the District of Columbia sued the Donald Trump administration for the Immigration and Customs Enforcement’s federal guidance that overseas students taking only online classes in the fall would have their visas revoked. There was a peculiar cruelty in this directive: educational institutions have arranged for online classes in the fall for the health and safety of the students and all others needed to keep classes running. Overseas students could either shift schools to ensure some in-person classes or leave, said the directive. Those planning to join in the fall need not arrive if their institutions were offering only online classes. Yet it was a matter of one semester. The implied discrimination in the order showed that it was part of the Trump administration’s stand against immigration that has been demonstrated in various ways, as in the partial visa freeze announced last June. To bar overseas students if they took online classes for a semester would not only have been cruel and unjust — where would they go and how would they continue their studies? — but it would also have hurt the finances of the institutions for which they are an important source of funds. These are already suffering from the reduced number of overseas entrants in the coming academic year. To counter these problems, they would have had to begin some in-person classes against their will.

Faced with firm resistance, the Trump administration has stepped back, and overseas students are safe. The autonomy of educational institutions, in spirit as much as materially, is central to this united firmness. Indian educational institutions are seen as far more compliant, their authorities often willing to follow the dictates of the government and its agencies, however arbitrary. Government funding is only part of the story; political appointments of educational administrators are another, hardly secret, part. But some state governments have objected to the University Grants Commission’s instruction to hold final semester examinations in September, online or offline. In-person examinations would be dangerous in states with high Covid-19 infections, and online tests would exclude many. It needed a pandemic to provoke a many-voiced defence of students’ welfare. This spirit should endure even as the pandemic passes.