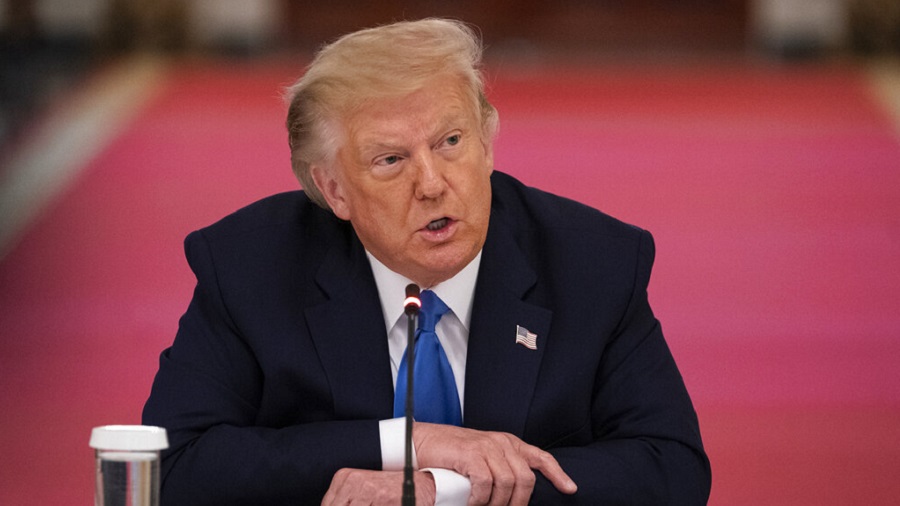 The Trump administration has walked back on a policy that would have stripped international college students of their US visas if their coursework was entirely online, ending a proposed plan that had thrown the higher education world into turmoil.

The policy, announced on July 6, prompted an immediate lawsuit from Harvard University and the Massachusetts Institute of Technology, and on Tuesday, the government and the universities reached a settlement, according to the judge overseeing the case.

The agreement reinstates a policy implemented in March amid the pandemic that gave international students flexibility to take all their classes online and remain legally in the country with student visas.

“Both the policy directive and the frequently asked questions would not be enforced anyplace” under the settlement, Judge Allison Burroughs said, adding that the agreement applied nationwide.

The guidance that was the subject of the settlement, issued by Immigration and Customs Enforcement, would have required foreign students to take at least one in-person class or leave the country. Students who returned to their home countries when schools closed in March would not have been allowed back into the US if their autumn classes were solely online.

The higher education world was thrown into disarray, with most colleges already well into planning for the return to campus in the fall. Two days after it was announced, Harvard and MIT filed the first of several lawsuits seeking to stop it.

The attorneys general of at least 18 states, including Massachusetts and California, also sued, charging that the policy was reckless, cruel and senseless. Scores of universities threw their support behind the litigation, along with organisations representing international students.

On Tuesday, more than a dozen technology companies, including, Google, Facebook and Twitter also came out in support of the Harvard and MIT lawsuit, arguing the policy would harm their businesses.

Seeking a temporary restraining order and a preliminary injunction, these companies, along with the US Chamber of Commerce and other IT advocacy groups, said the July 6 ICE directive would disrupt their recruiting plans, making it impossible to bring on board international students that businesses had planned to hire.

It would also disturb the recruiting process that the firms had relied on to identify and train their future employees.

The ICE directive would make it impossible for a large number of international students to participate in the CPT and OPT programmes. The US will “nonsensically be sending... these graduates away to work for our global competitors and compete against us... instead of capitalising on the investment in their education here in the US”, they said.

Closing off more than half of all international students from participating in the recruiting pipeline for American businesses will, therefore, harm companies. It will disrupt expectations based on prior policies permitting international students to remain in the US, the firms said. The legal brief said the departure of these students threatens the ability of US institutions to sustain critical mass.