Action to block rule that would revoke documents of foreign students 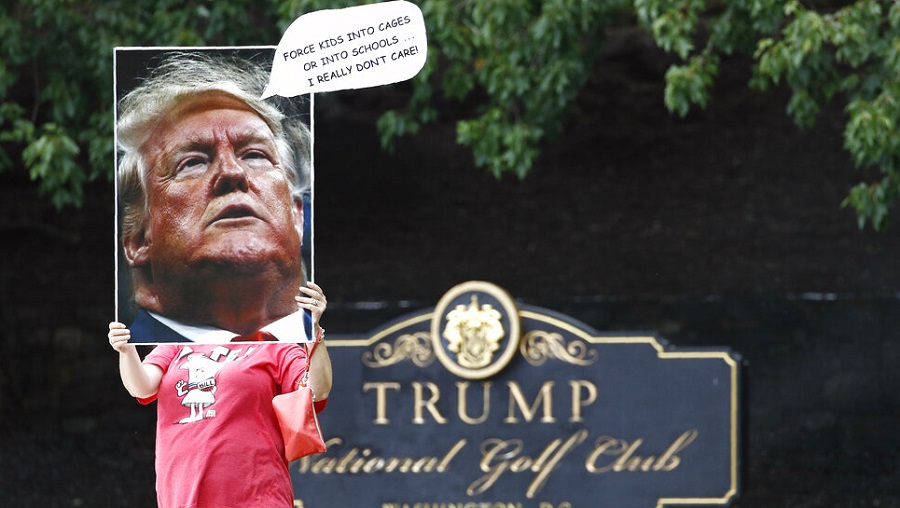 Seventeen states and the District of Columbia sued the Trump administration on Monday, seeking to block a new rule that would revoke the visas of foreign students who take classes entirely online in autumn.

The rule, issued a week ago, would upend months of careful planning by colleges and universities, the lawsuit says, and could force many students to return to their home countries during the pandemic, where their ability to study would be severely compromised.

“The Trump administration didn’t even attempt to explain the basis for this senseless rule, which forces schools to choose between keeping their international students enrolled and protecting the health and safety of their campuses,” Maura Healey, the Massachusetts attorney-general, said in a statement announcing the suit, which accuses the administration of violating the Administrative Procedure Act.

The action, filed in the US District Court in Boston, is the latest legal effort to contest the federal edict, which has been described by states and universities in court filings as a politically motivated attempt by the Trump administration to force universities to hold in-person classes this autumn, even as many have announced they will remain largely online because of health concerns.

California filed its own lawsuit last week, after Harvard and the Massachusetts Institute of Technology had already gone to court seeking to block the new rule.

Arguments in the Harvard and MIT case are scheduled to be heard on Tuesday, also in the district court in Boston.

The federal guidance issued by Immigration and Customs Enforcement, which says foreign students earning their degrees entirely online cannot stay in the US, has sent students scrambling to enroll in in-person classes that are difficult to find.

Many universities are planning to offer a mix of online and in-person classes to protect the health of faculty, students and their surrounding communities during the pandemic.

“You don’t get a visa for taking online classes from, let’s say, University of Phoenix. So why would you if you were just taking online classes, generally?” she told reporters, adding, “Perhaps the better lawsuit would be coming from students who have to pay full tuition with no access to in-person classes to attend.”

The area represented by the 17 states and the District of Columbia contains 1,124 colleges and universities that had a combined 373,000 international students enrolled in 2019, who contributed an estimated $14 billion to the economy that year, according to the complaint.

About 40 higher education institutions filed declarations in support of the lawsuit, including Yale, DePaul, the University of Chicago, Tufts, Rutgers and state universities in Illinois, Maryland, Massachusetts, Minnesota and Wisconsin.