CAA and the mute button 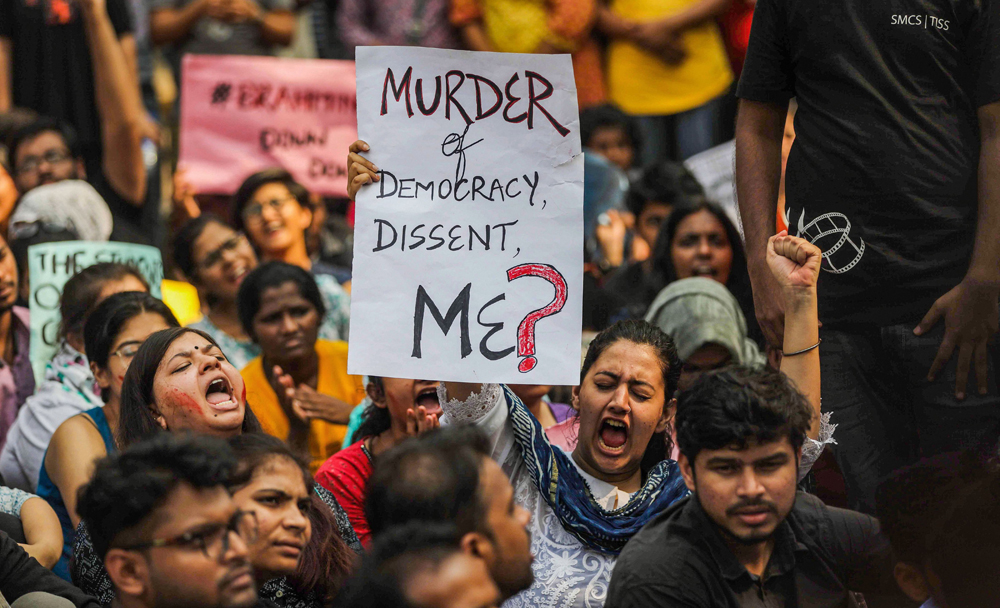 There is that thing politicians will say after any poll result. No, not the one about EVM tampering. The defeated side also says: “We respect the people’s verdict, their voice.” Respect. People. Voice. Which brings up the question: if votes equal people’s voices, what do people’s voices equal? Because protests are people’s voices, no? The people of India — and this is not about numbers, so I am not counting how many — are saying something about the Citizenship Amendment Act. The manner of saying may differ from group to group, but what of that?

Some are walking, be it in Calcutta, Mumbai, Delhi, Pune, Lucknow... Some Christmas carollers in a Kerala church wore skull caps and headscarves. In a football stadium in north Kerala, crowds chanted azaadi during half-time. A cop posted with the Maharashtra Human Rights Commission resigned in protest. A student tore up a copy of a page of the bill at the Jadavpur University convocation. A Banaras Hindu University student refused to accept his degree in protest. In Delhi’s Shaheen Bagh a large group of women camped day and night in protest — the temperatures were indifferent, but not more than the current political dispensation.

The Prime Minister has since issued denials — no discussion on NRC, no detention centres. The home minister has been pointing fingers — at the Congress, at Rahul Gandhi. At an official programme in Delhi, Shah even exhorted the people to “punish” the people; of course, he called them the “tukde tukde gang”. Army chief Bipin Rawat suggested students were being led in “inappropriate directions”, as if they were cattle or Hamelin’s rats. A senior police officer in Uttar Pradesh’s Meerut district reportedly told protestors in a Muslim-dominated locality to “go to Pakistan”. And yet, it would not have been very difficult and not entirely laughable if even one of them had said: “We derive our authority from you. You are the fountainhead of our great might. We hear your voice. We respect you. We will respect your voice.”