Tourists flock to Meghalaya, Scotland of the East 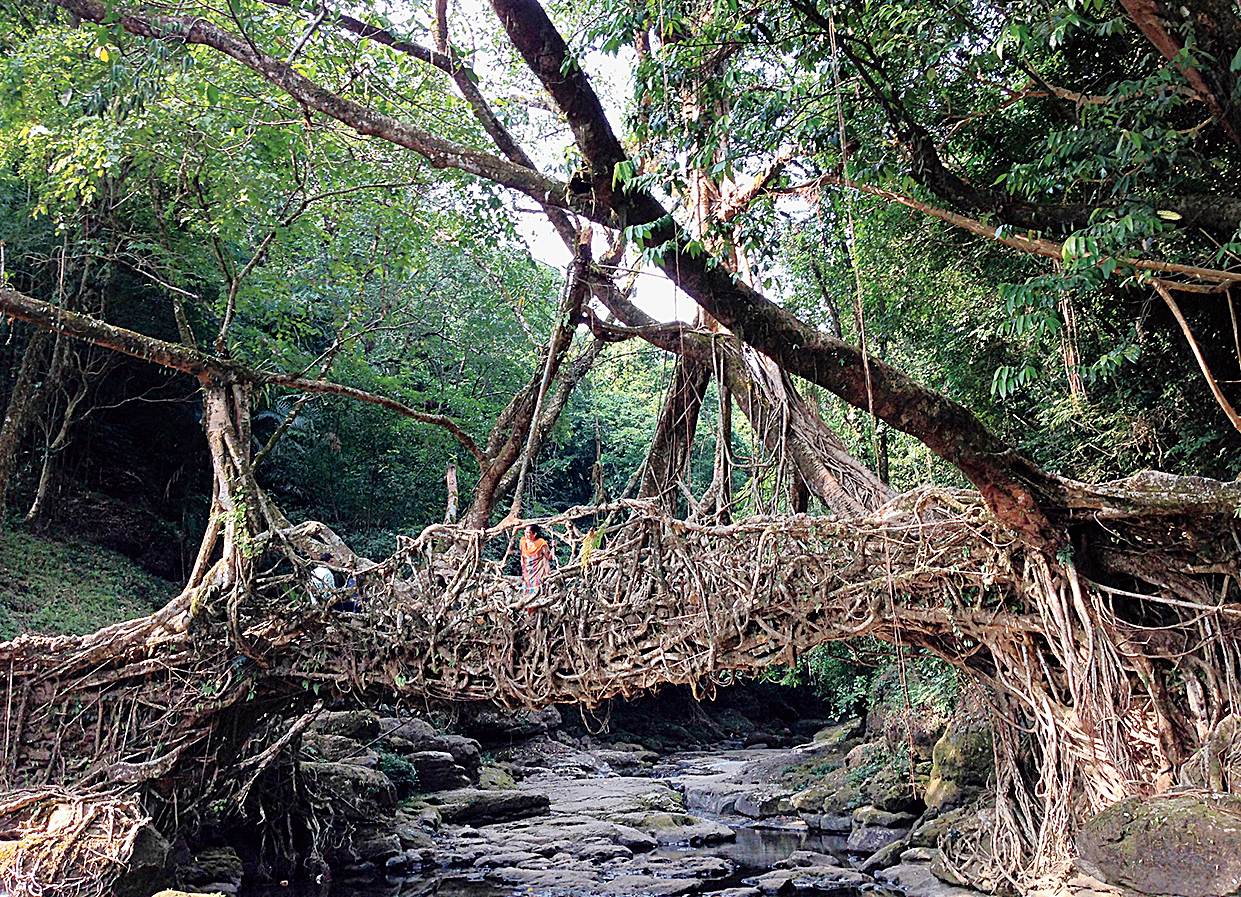 Railhead: Only at Mendipathar. Airport: Semblance. Yet, visits by domestic and foreign tourists to “the abode of clouds” have seen a substantial increase.

With no proper rail and air transport, Meghalaya surprisingly has tourists flocking to its scenic destinations.

Of the foreign tourists, 14,729 landed in East Khasi Hills alone.

So far this year, the tourism department statistics state that 184,429 domestic and 7,506 foreign tourists visited Meghalaya.

The tourism department said there are 426 registered lodging facilities across the state. These include 215 hotels, 80 homestays, 72 guest houses, 25 resorts, 24 lodges, six circuit houses and six accommodations with bed and breakfast facilities.

Of the 426 facilities, 339 are in East Khasi Hills, 18 in West Garo Hills, 15 in Ri Bhoi, 12 in South West Khasi Hills, 11 in West Jaiñtia Hills, while the remaining are spread across the other districts.

From living root bridges to one of the cleanest villages in the country, a village which uses tunes instead of names while calling out their near and dear ones to breathtaking waterfalls and caves, Meghalaya is home to several tourist attractions spread across 11 districts. It recently sought additional assistance of Rs 4,340 crore from the 15th Finance Commission to develop the state as a “high-value tourism destination” among other projects.

Recently in Parliament, Rajya Sabha MP Rakesh Sinha asked the government to ensure that the unique practice by the inhabitants of Kongthong, which is known as a whistling or singing village be preserved.

The village has also been attracting many tourists for the past many years.

The Meghalaya Registration of Tourist Trade Bill, 2019, has been proposed to streamline and regulate tourism. Among others, the bill provides for registration of new and existing hotels.

The legislation will not apply to government guest houses, dak bungalow, inspection bungalow, circuit house and tourist lodges managed and run by the government.